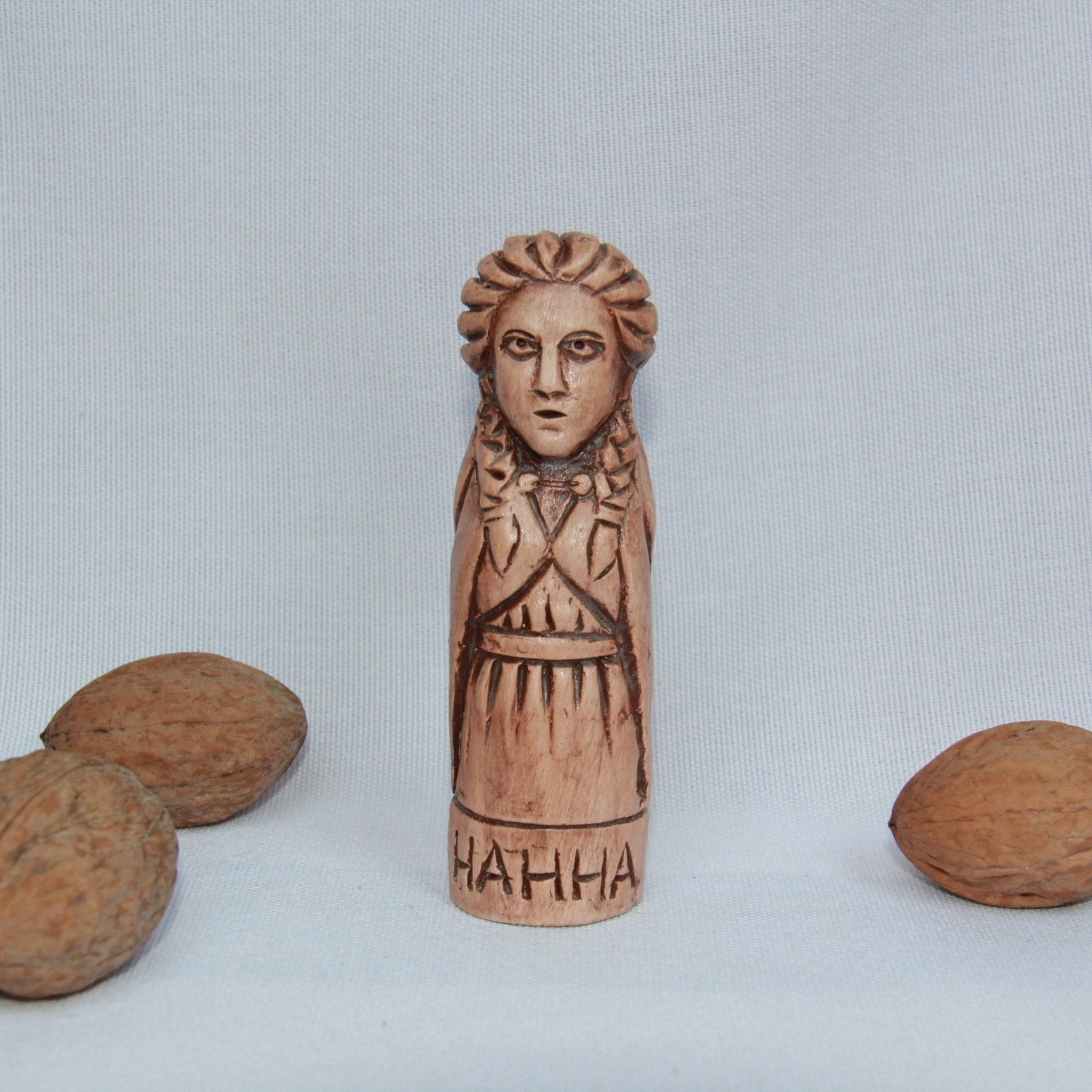 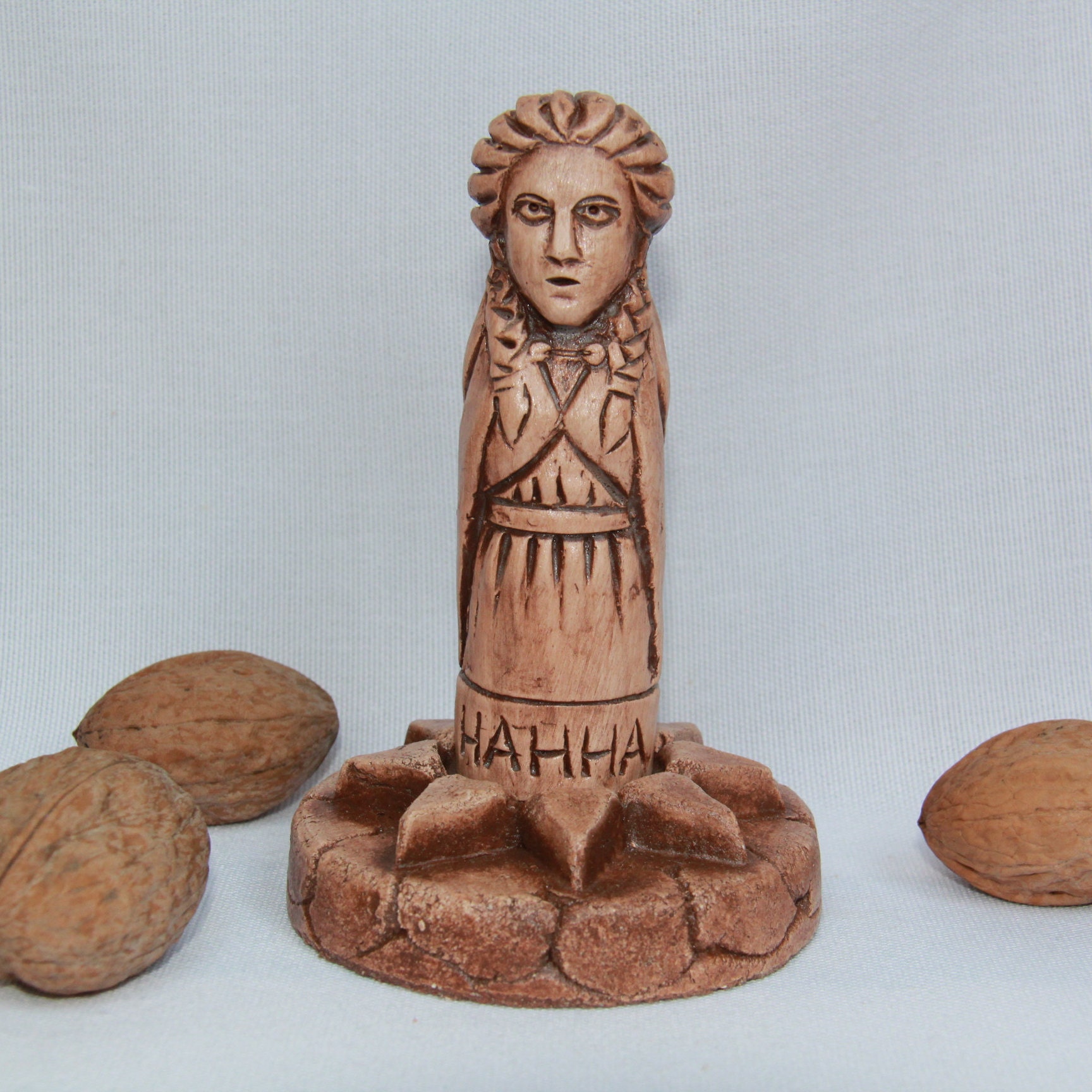 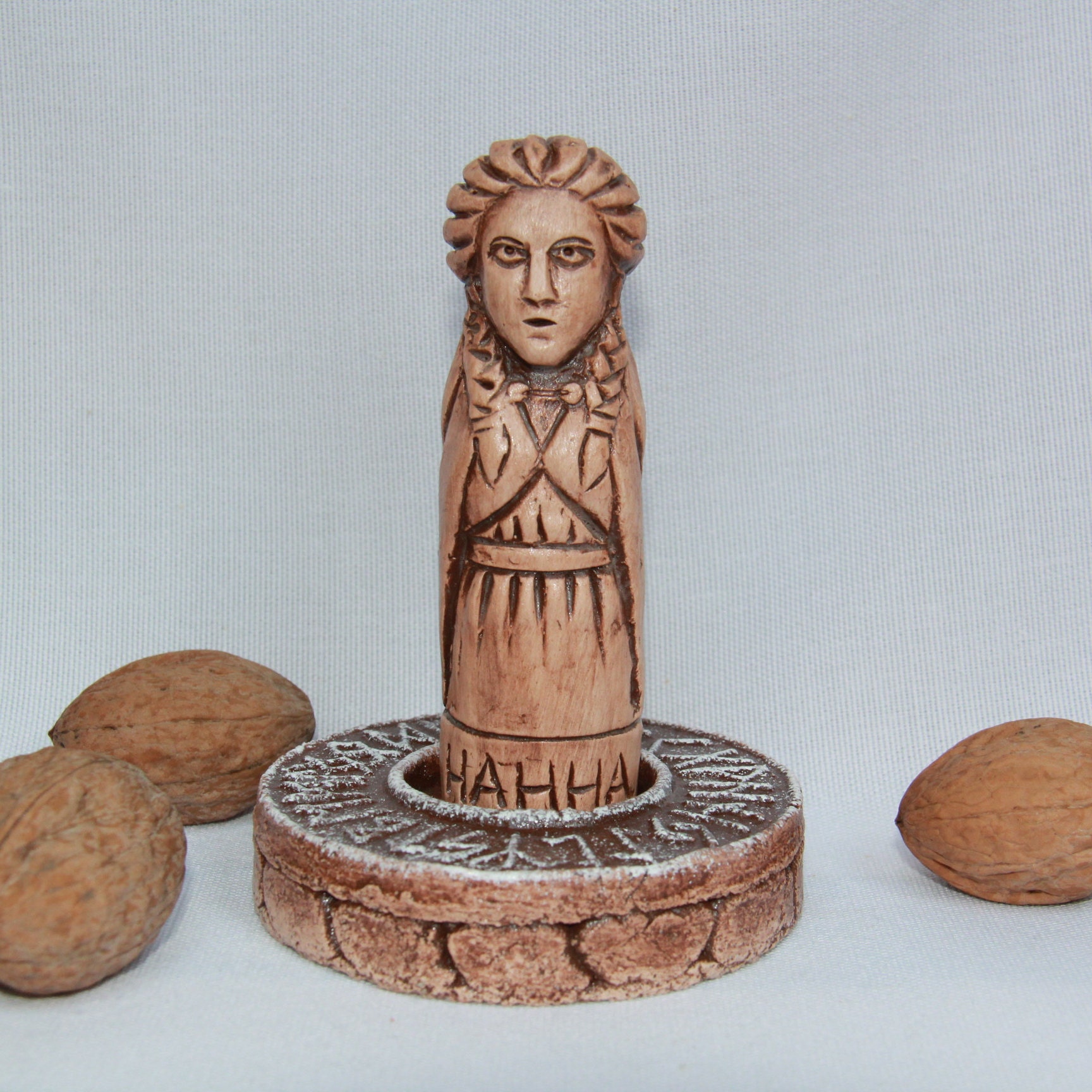 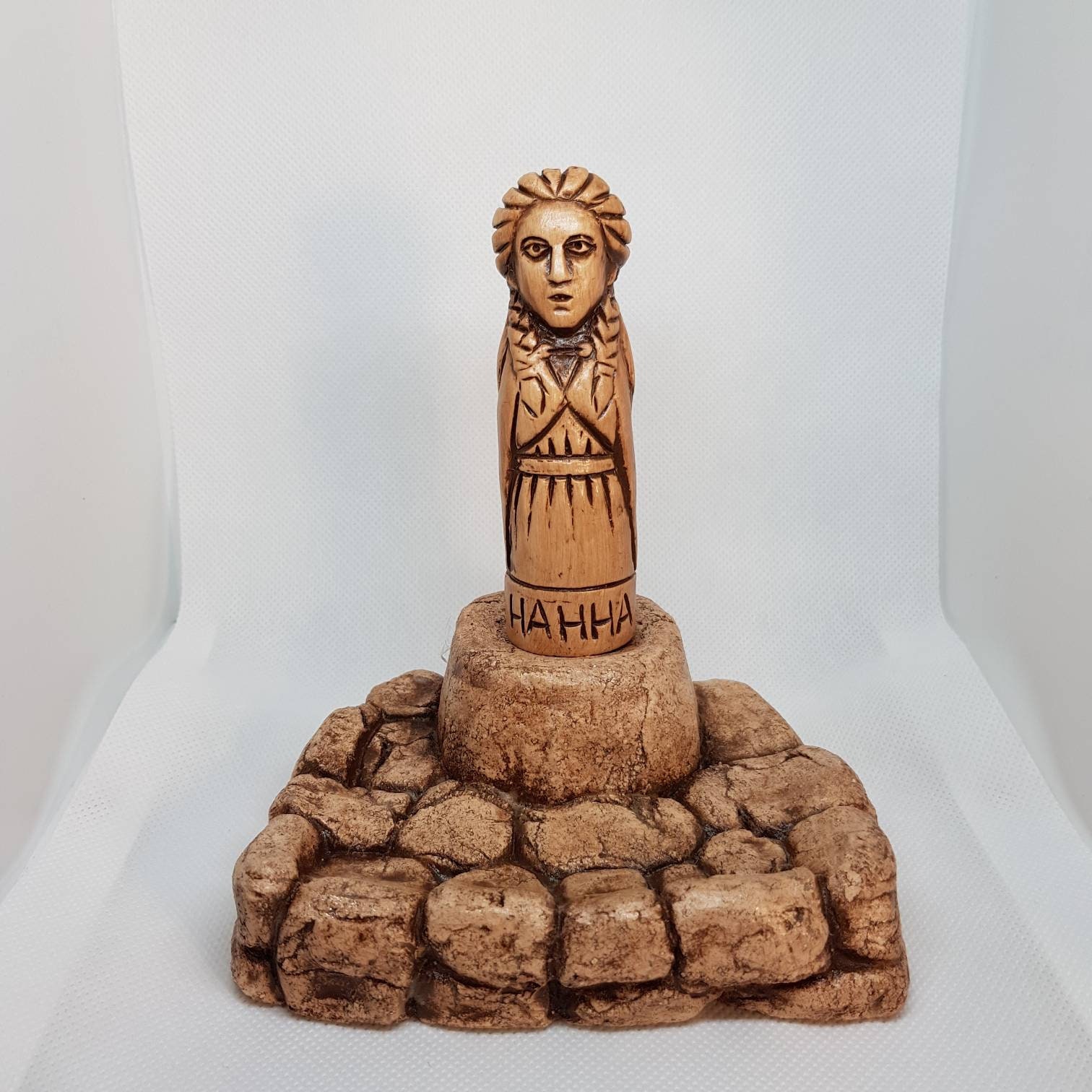 This is a small 10 cm tall handcrafted from clay (ceraminc) figurine of deittess Nanna. Order it alone or in combination with one of the posts.

In Norse mythology, Nanna Nepsdóttir or simply Nanna is a goddess associated with the god Baldr. Accounts of Nanna vary greatly by source. In the Prose Edda, written in the 13th century by Snorri Sturluson, Nanna is the wife of Baldr and the couple produced a son, the god Forseti. After Baldr's death, Nanna dies of grief. Nanna is placed on Baldr's ship with his corpse and the two are set aflame and pushed out to sea. In Hel, Baldr and Nanna are united again. In an attempt to bring back Baldr from the dead, the god Hermóðr rides to Hel and, upon receiving the hope of resurrection from the being Hel, Nanna gives Hermóðr gifts to give to the goddess Frigg (a robe of linen), the goddess Fulla (a finger-ring), and others (unspecified). Nanna is frequently mentioned in the poetry of skalds and a Nanna, who may or may not be the same figure, is mentioned once in the Poetic Edda, compiled in the 13th century from earlier traditional sources.
An account provided by Saxo Grammaticus in his 12th century work Gesta Danorum records Nanna as a human female, the daughter of King Gevar, and the love interest of both the demi-god Baldr and the human Höðr. Spurred by their mutual attraction to Nanna, Baldr and Höðr repeatedly do battle. Nanna is only interested in Höðr and weds him, while Baldr wastes away from nightmares about Nanna.
The Setre Comb, a comb from the 6th or early 7th century featuring runic inscriptions, may reference the goddess. The etymology of the name Nanna is a subject of scholarly debate. Scholars have debated connections between Nanna and other similarly named deities from other cultures and the implications of the goddess's attestations.

It arrived yesterday. She's awesome. Thank you for creating something to honor the Goddess Nanna, as there is not much out there for her. She sits on my shelf with Baldur. :-)