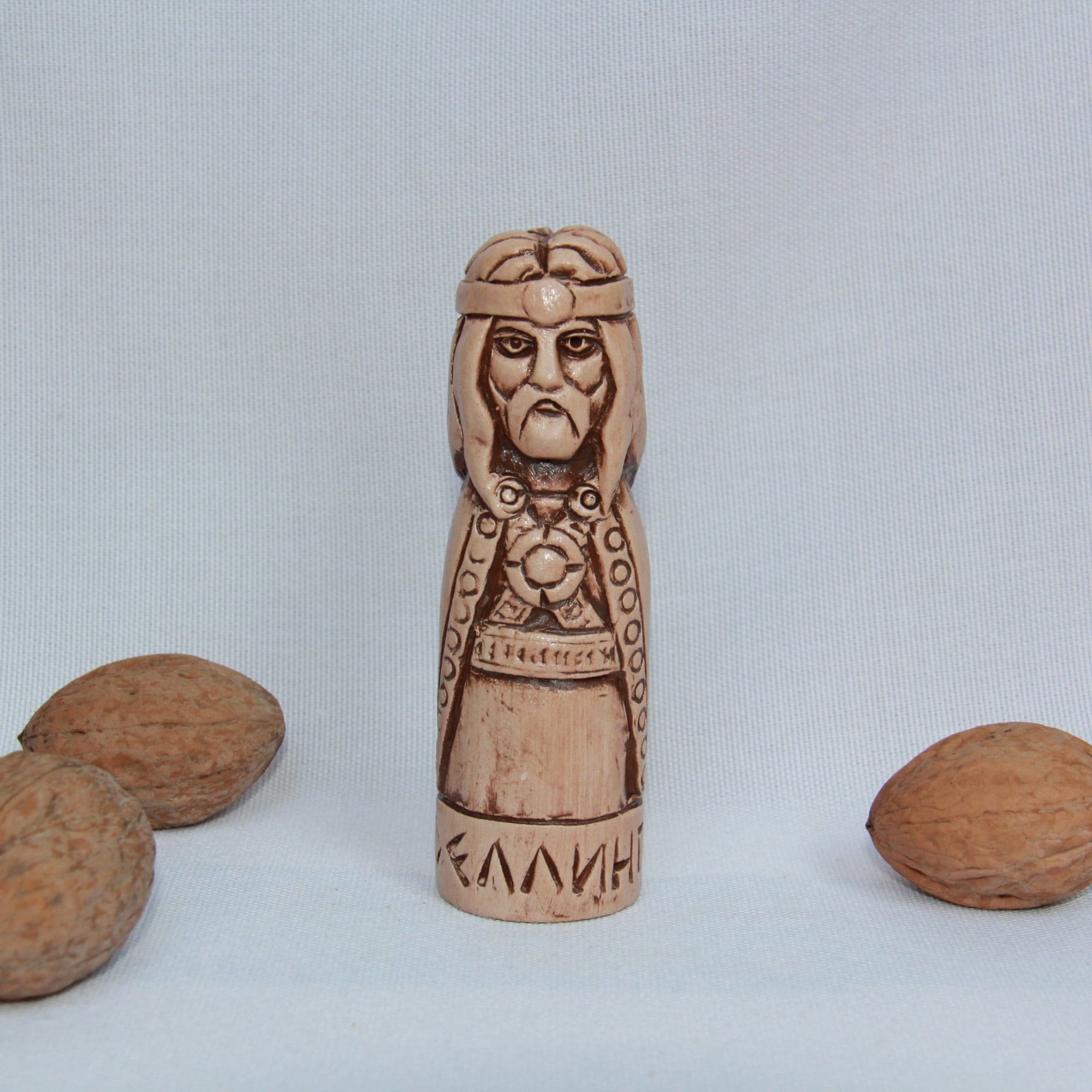 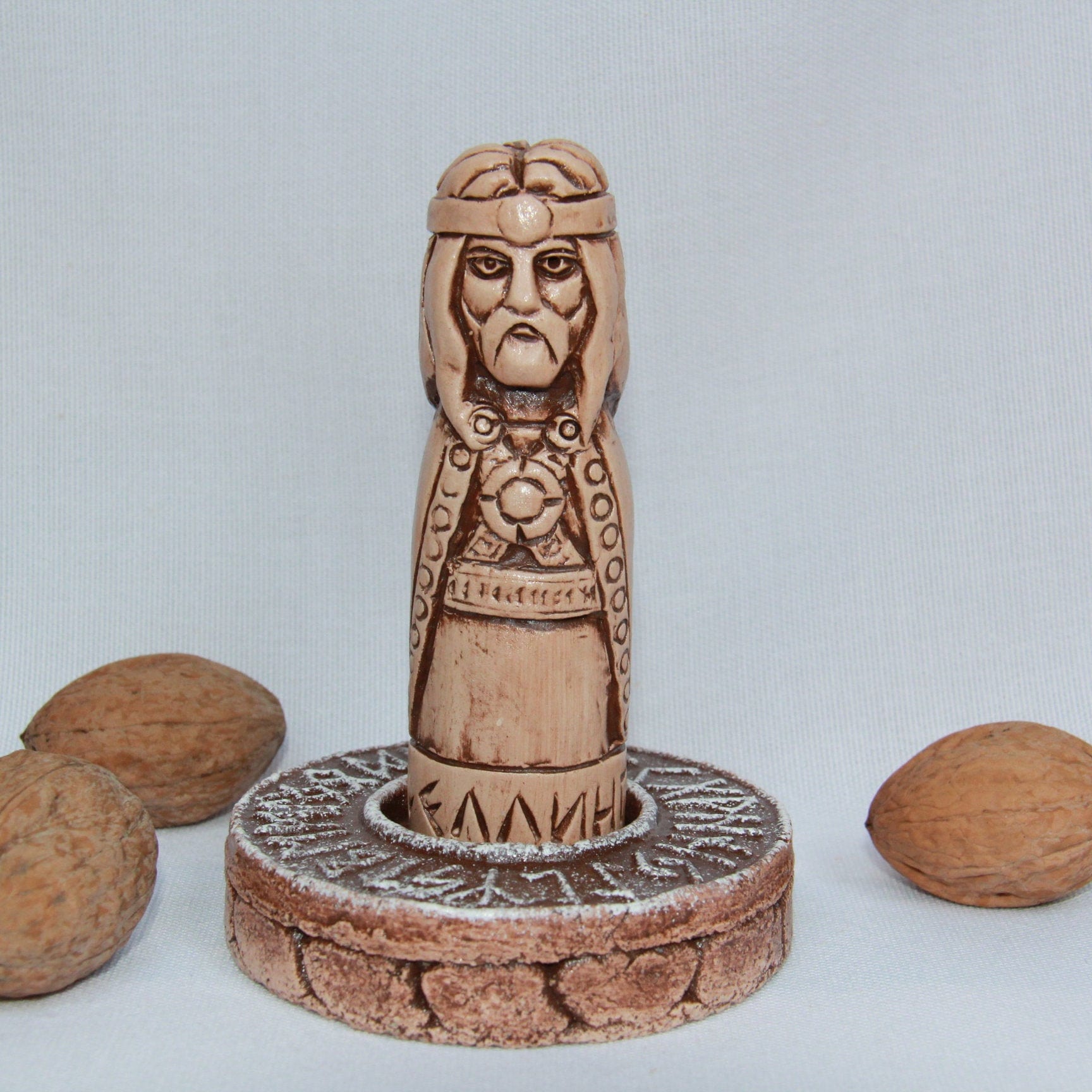 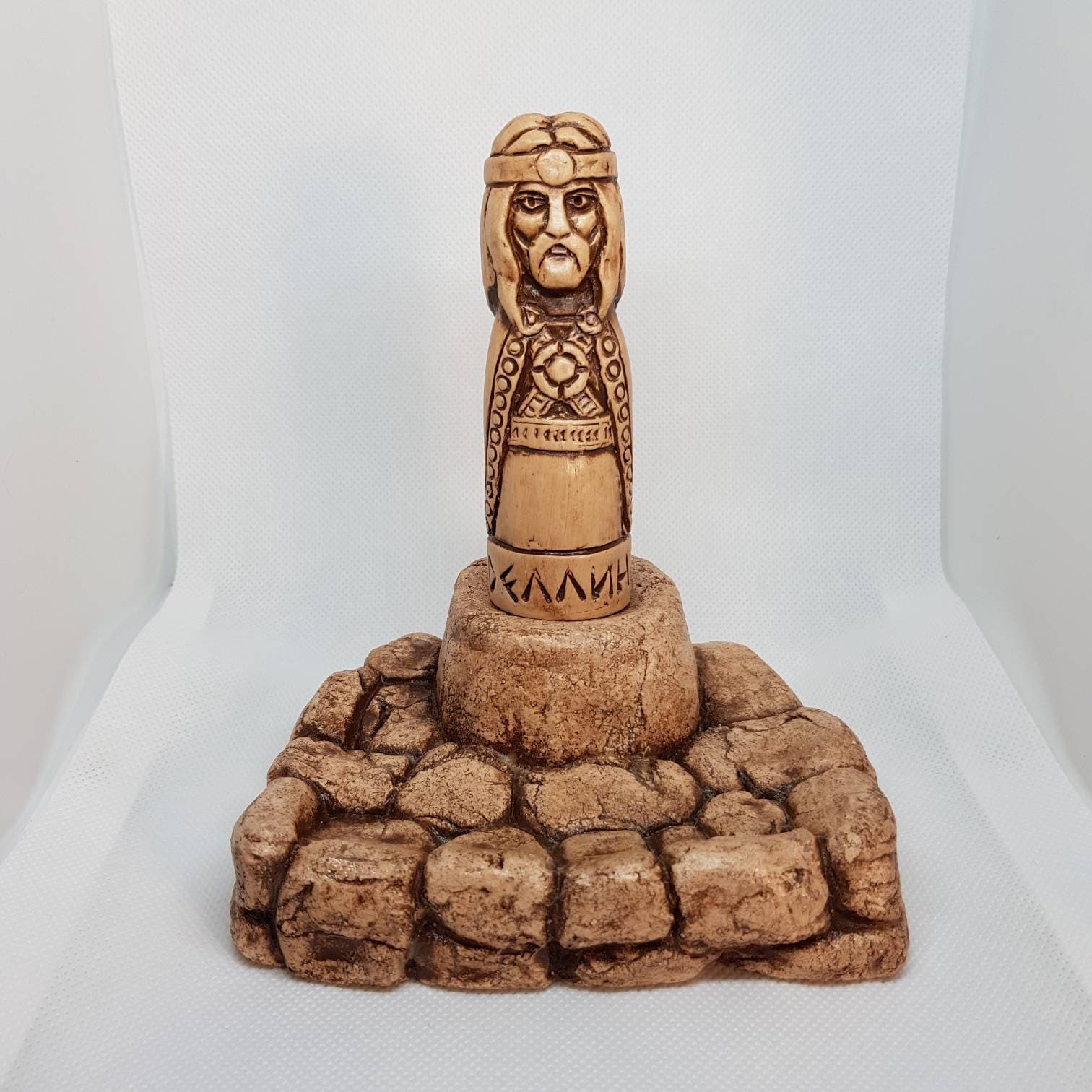 This is a small 10 cm tall handcrafted from clay (ceramic) figurine of deity Dellingr. Order it alone or in combination with one of the posts.