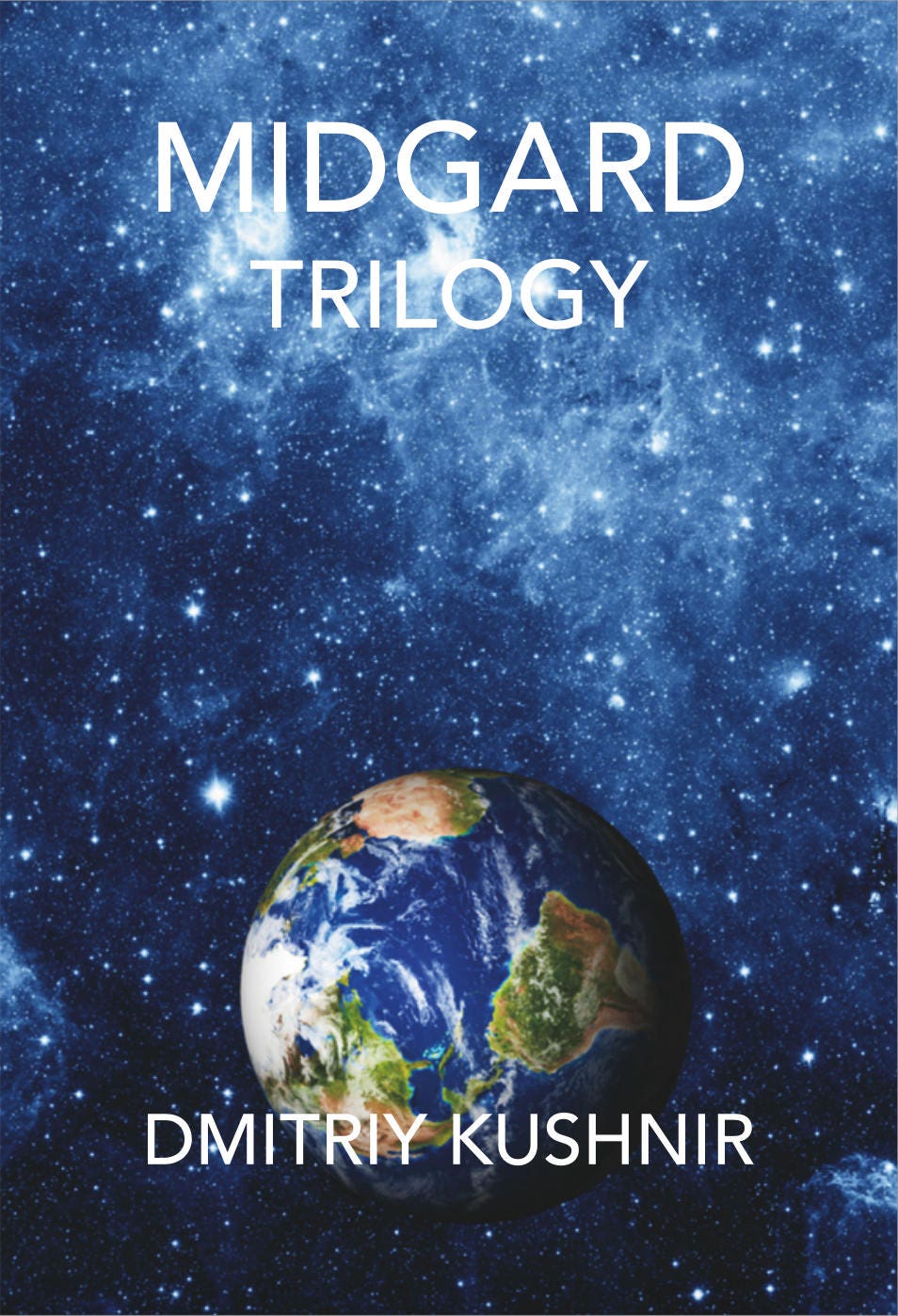 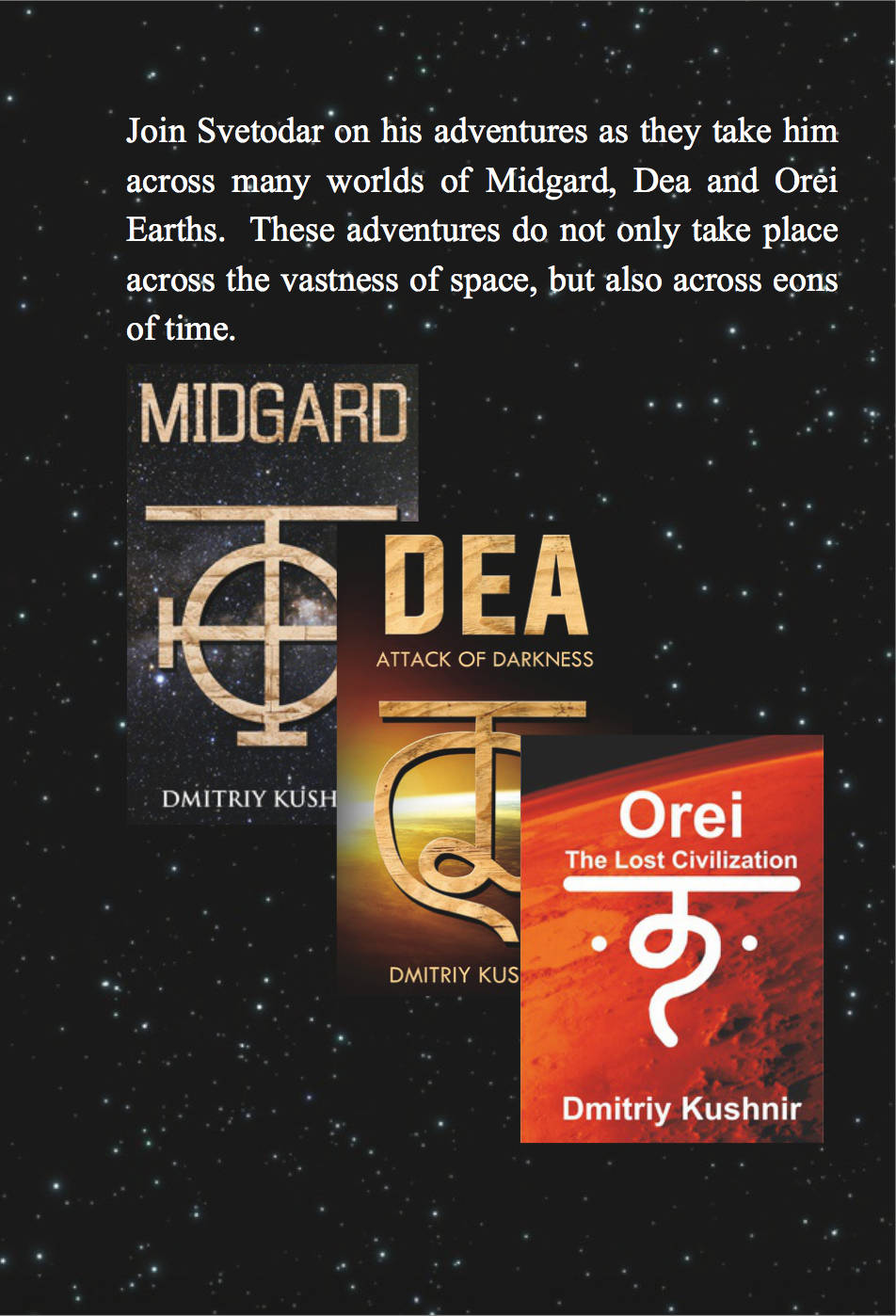 Book 1 - Midgard
A traveler comes to our Earth after being absent from it for thousands of years. He finds an unexpected guide in Los Angeles and they begin their quests to heal this world and to return it to as it was all those thousands of years ago. Throughout their journey, the traveler displays unimaginable gifts and talents of teleportation, mind control, telepathy and others, which he agrees to teach his guide and their companions they meet along the way.

Book 2 - Dea
Svetodar tells the story of his travels to Dea-Earth, the fifth planet from the sun. He speaks of the great war, that took place there and the aftermath that followed. However, Vedomir and Ladomira learn of another purpose for Svetodar’s story, which surprises them even more.

Book 3 - Orei
Svetodar takes his friends Vedomir and Ladomira onto his adventures on Orei-Earth. They learn of the catastrophe that fell upon Orei-Earth and wiped out the civilization and life that existed there. It is a tale of Life, Love, Loss and Salvation.

Your files will be available to download once payment is confirmed.