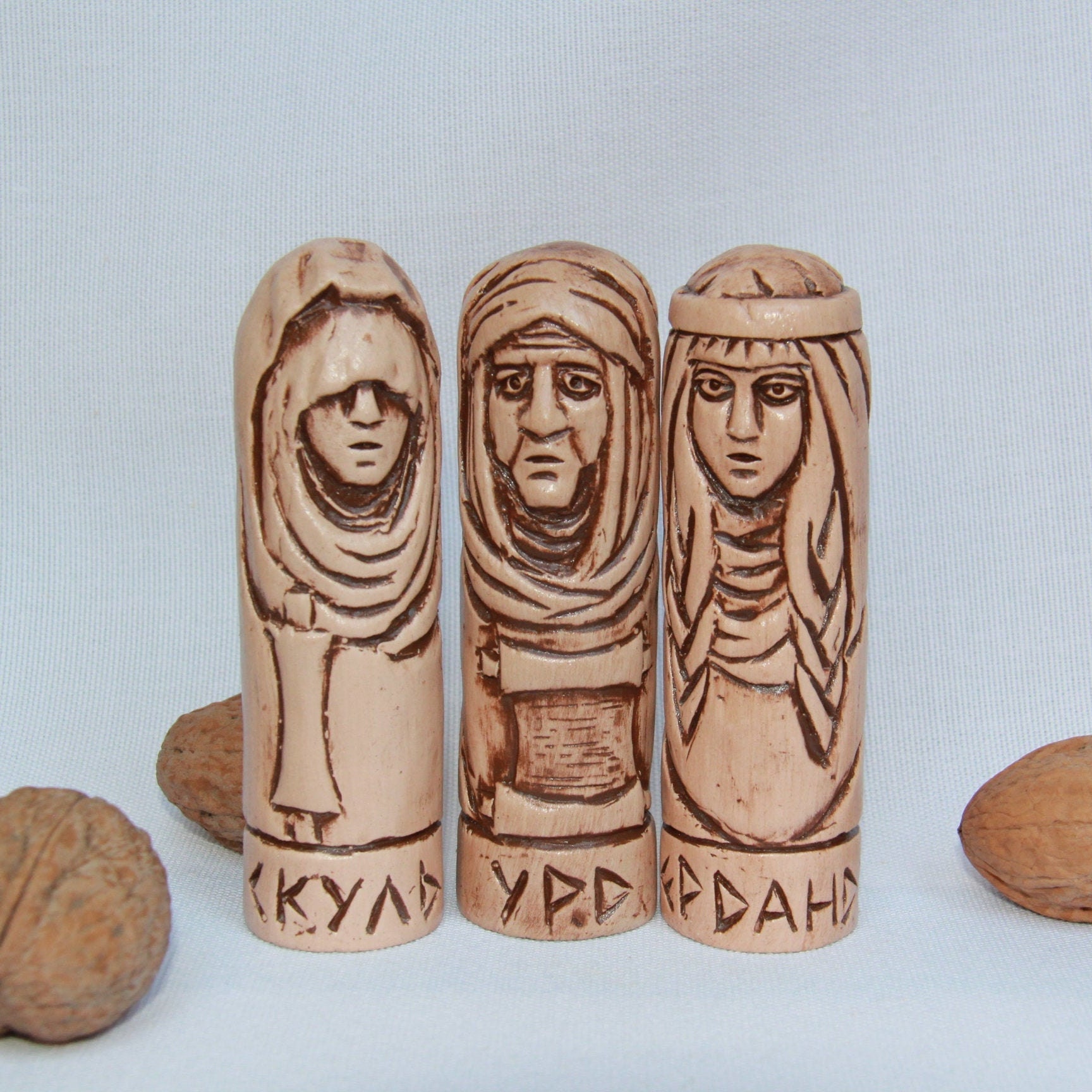 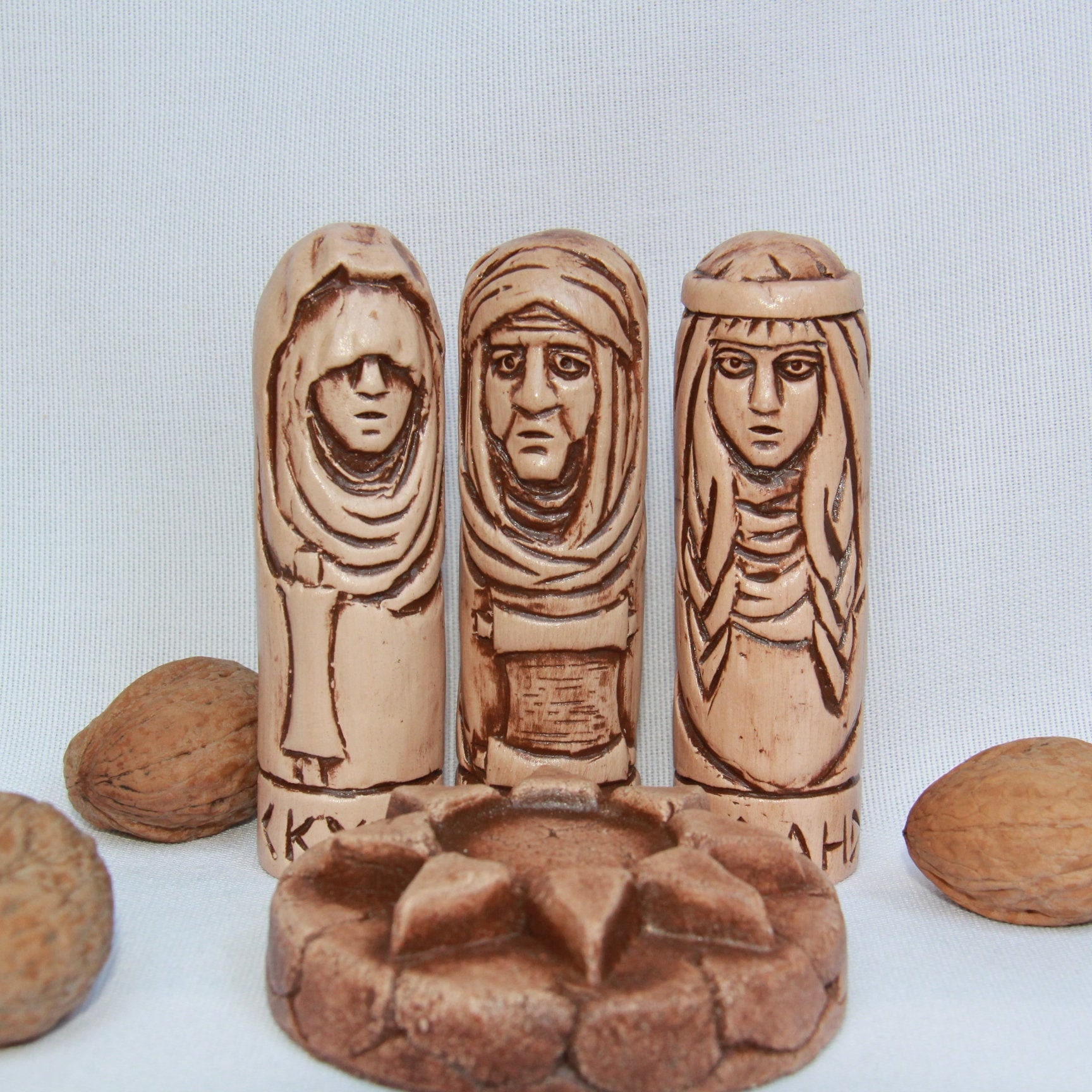 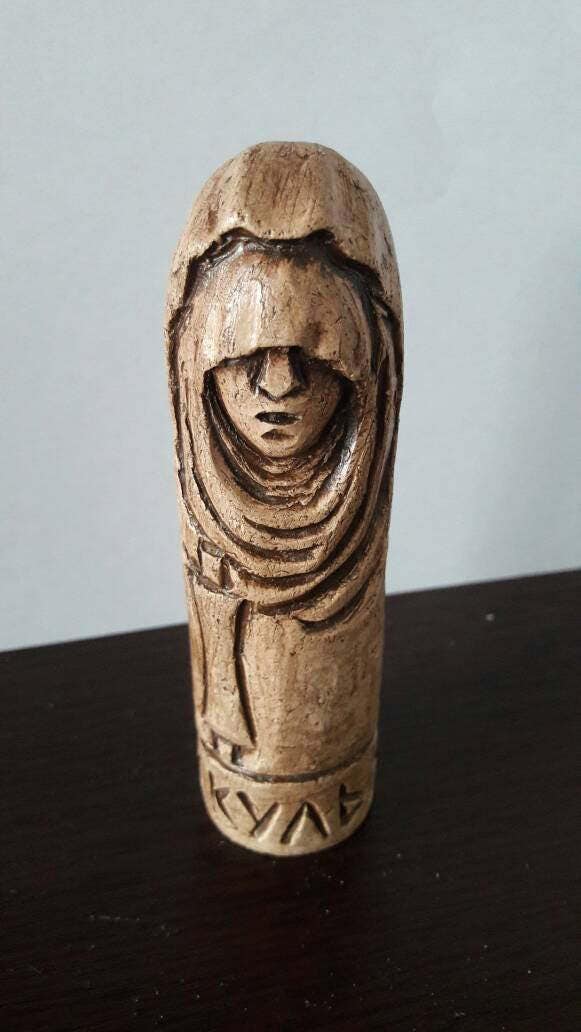 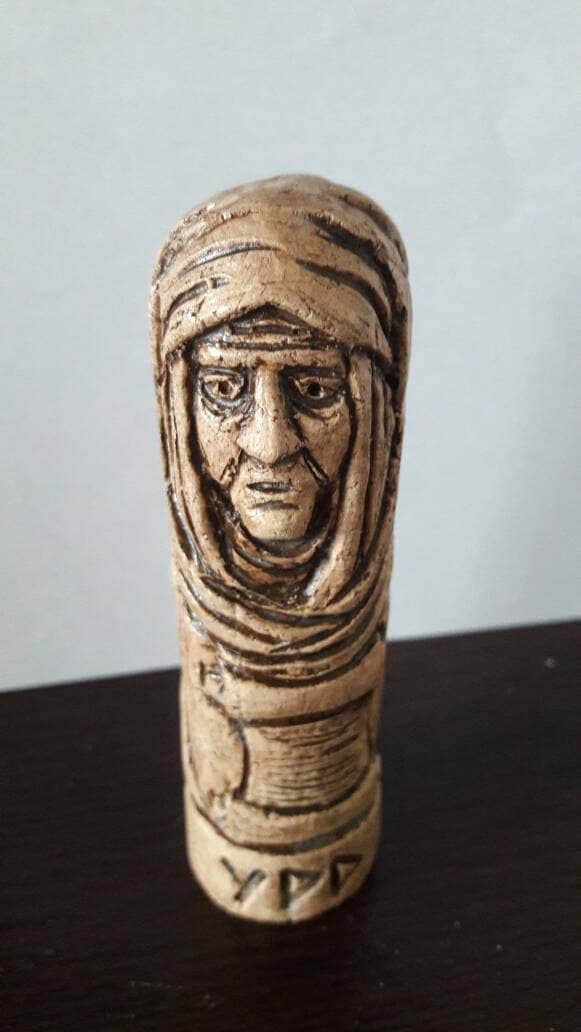 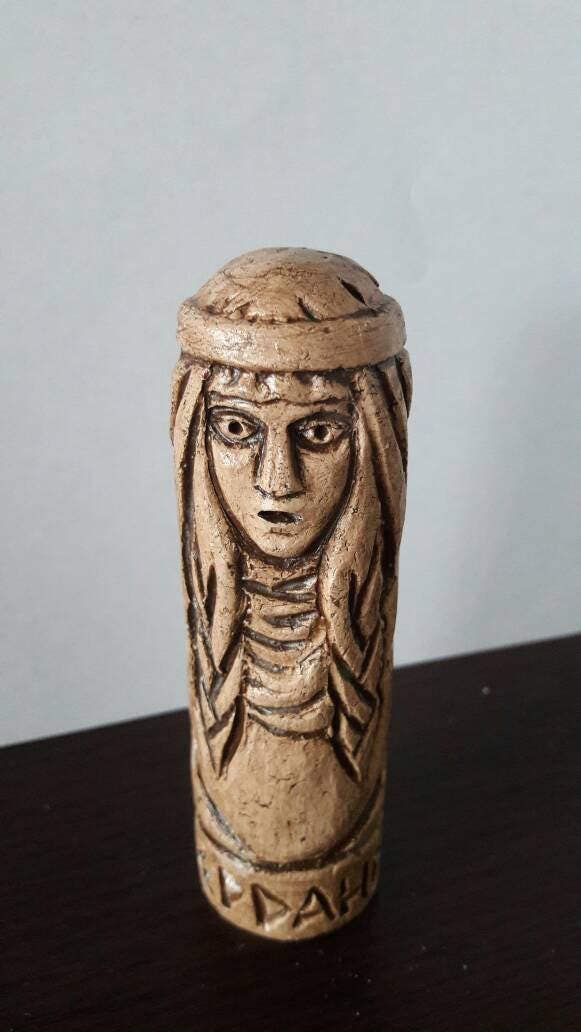 This is a handcrafted set of Norns (Fates). It is handcrafted from clay, and each figurine is approximately 10 cm tall with a 3 cm base. The set includes 3 Norns and a Sun post.

The Norns (Old Norse: norn, plural: nornir) in Norse mythology are female beings who rule the destiny of gods and men. They roughly correspond to other controllers of humans' destiny, the Fates, elsewhere in European mythology.

In Snorri Sturluson's interpretation of the Völuspá, Urðr (Wyrd), Verðandi and Skuld, the three most important of the Norns, come out from a hall standing at the Well of Urðr or Well of Fate. They draw water from the well and take sand that lies around it, which they pour over Yggdrasill so that its branches will not rot. These three Norns are described as powerful maiden giantesses (Jotuns) whose arrival from Jötunheimr ended the golden age of the gods. They may be the same as the maidens of Mögþrasir who are described in Vafþrúðnismál.

Beside these three famous Norns, there are many others who appear at a person's birth in order to determine his or her future. In the pre-Christian Norse societies, Norns were thought to have visited newborn children.There were both malevolent and benevolent Norns: the former caused all the malevolent and tragic events in the world while the latter were kind and protective goddesses.

Breathtaking work. I am simply stunned by the artist!

Beautiful and 100% worth the wait.