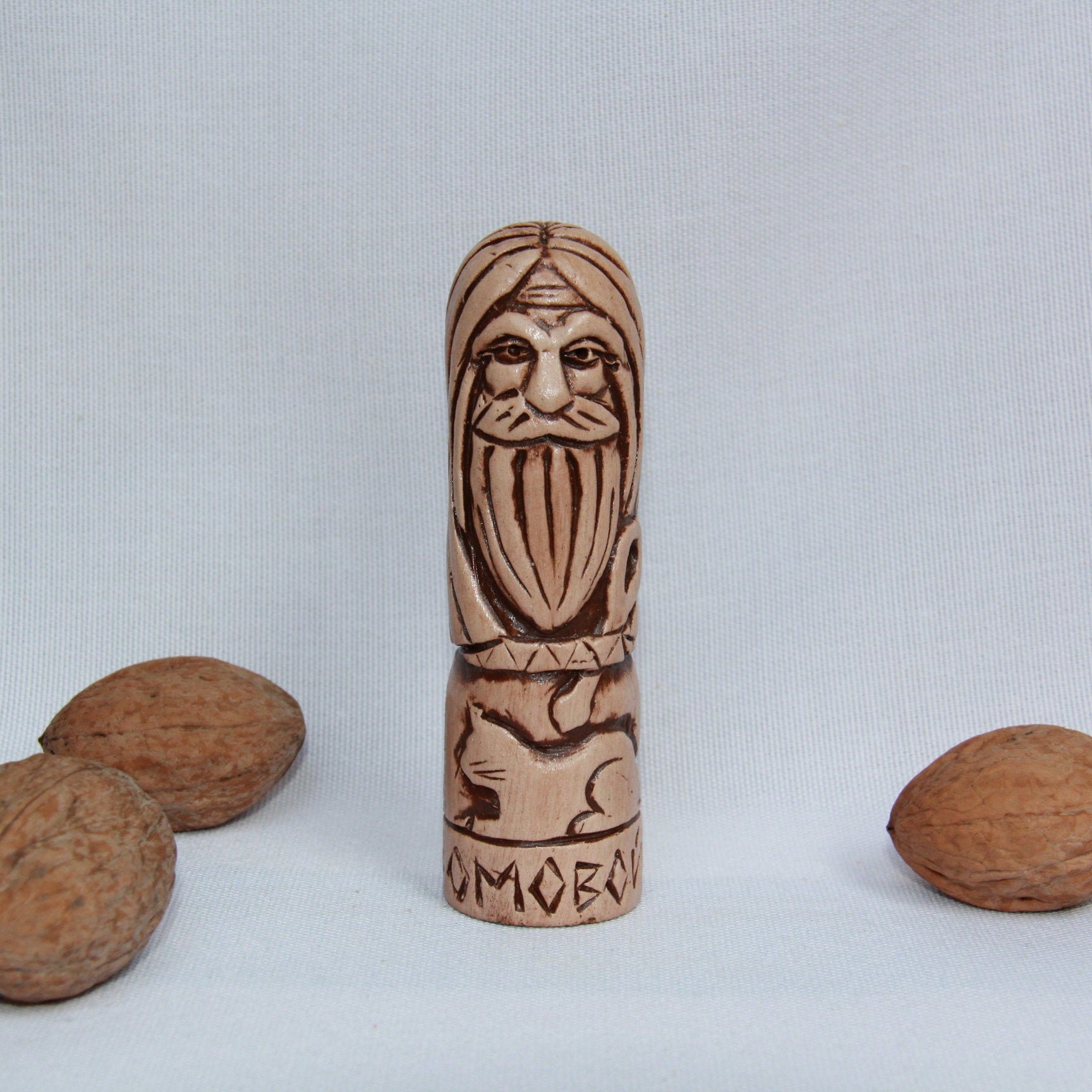 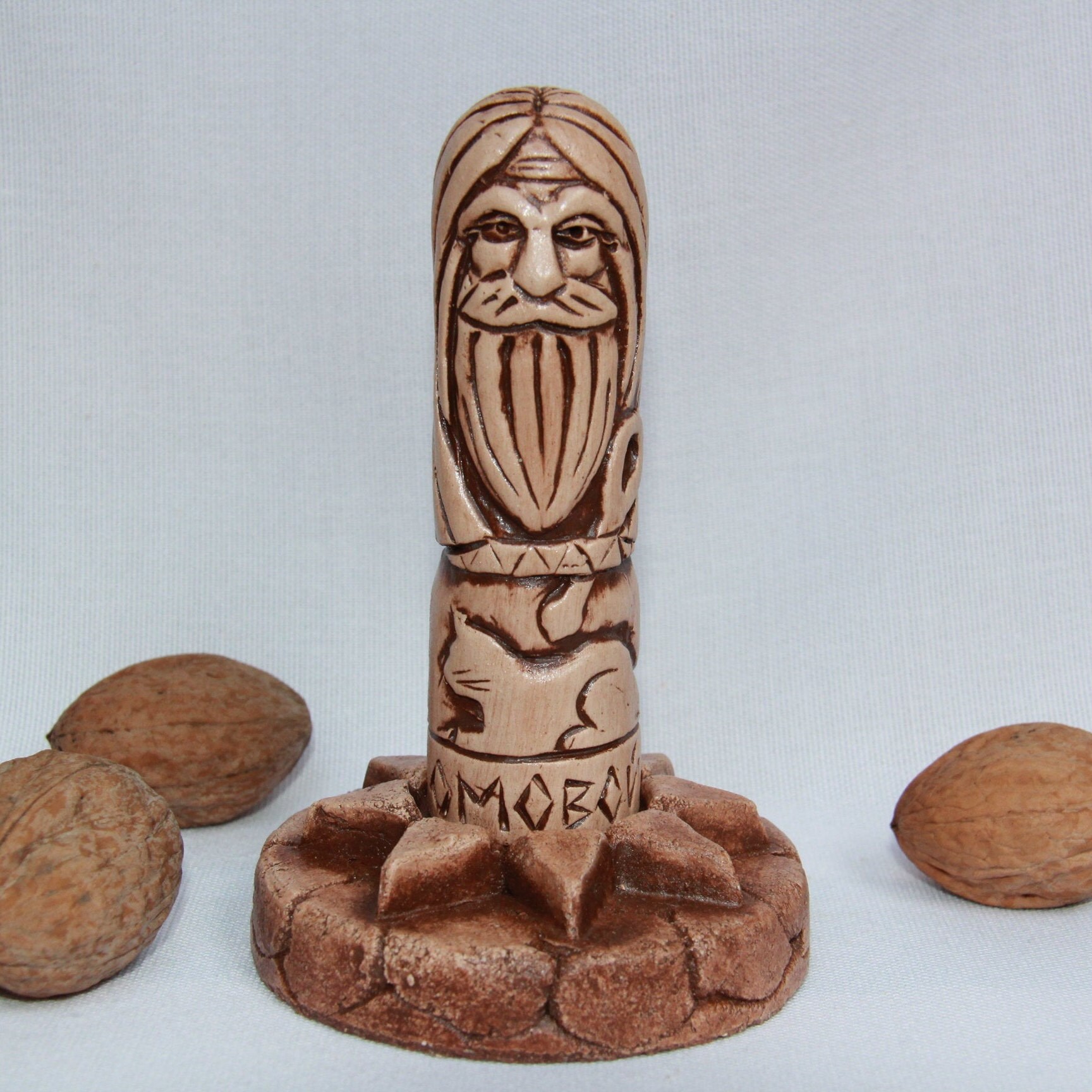 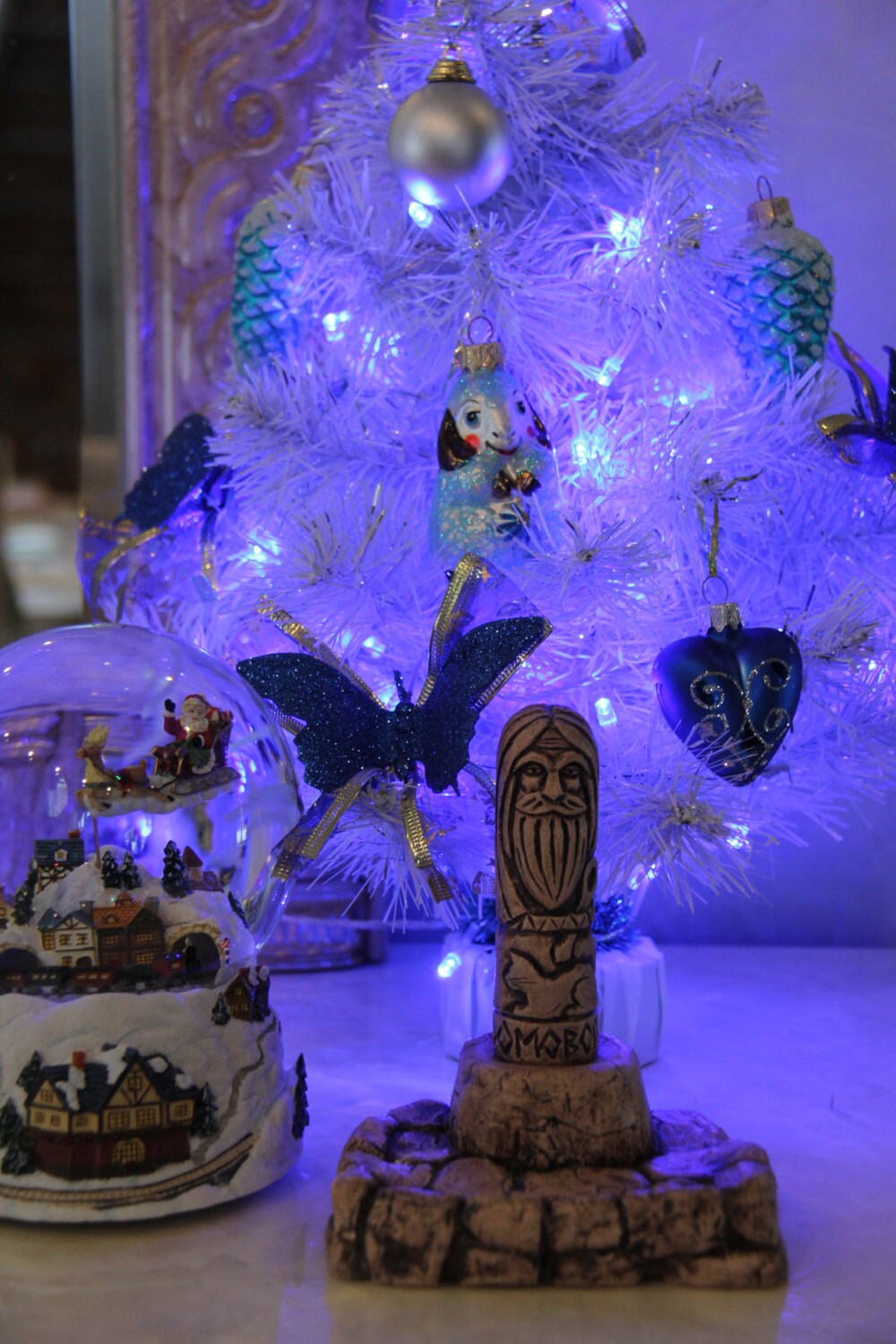 This is a small 10cm tall handcrafted from clay (ceramic) statue of Domovoy. Order it alone or in a combination with a Sun Post or a Stone Post.

A domovoi or domovoy (Russian: домово́й;IPA: [dəmɐˈvoj]; literally, "warrior of the house") is a protective house spirit in Slavic folklore. The plural form in Russian can be transliterated domoviye or domovye (with accent on the vowel after the v). In some accounts, the domovoi is described as having a wife (domovikha). The Slavs of former times kept idols of the domovoi.

Domovye are masculine, typically small, bearded, and sometimes covered in hair all over. According to some traditions, domovye take on the appearance of current or former owners of the house and have a grey beard, sometimes with tails or little horns. This belief is commonly held to be a remnant of the pre-Christian cult of ancestors which is also reflected in some of the titles of the domovoi (e.g., dedko, dedushka "grandfather"). There are tales of neighbors seeing the master of the house out in the yard while in fact the real master was asleep in bed. It has also been said that domovye can take on the appearance of cats or dogs. The domovoi is more often heard than seen and his voice is said to be hollow and harsh.

I absolutely love my Domovoi!

Absolutely adore these statues! The handmade craft of them are perfection!

A beautiful gift for a new house !

very well made, already set up on my altar, thank you