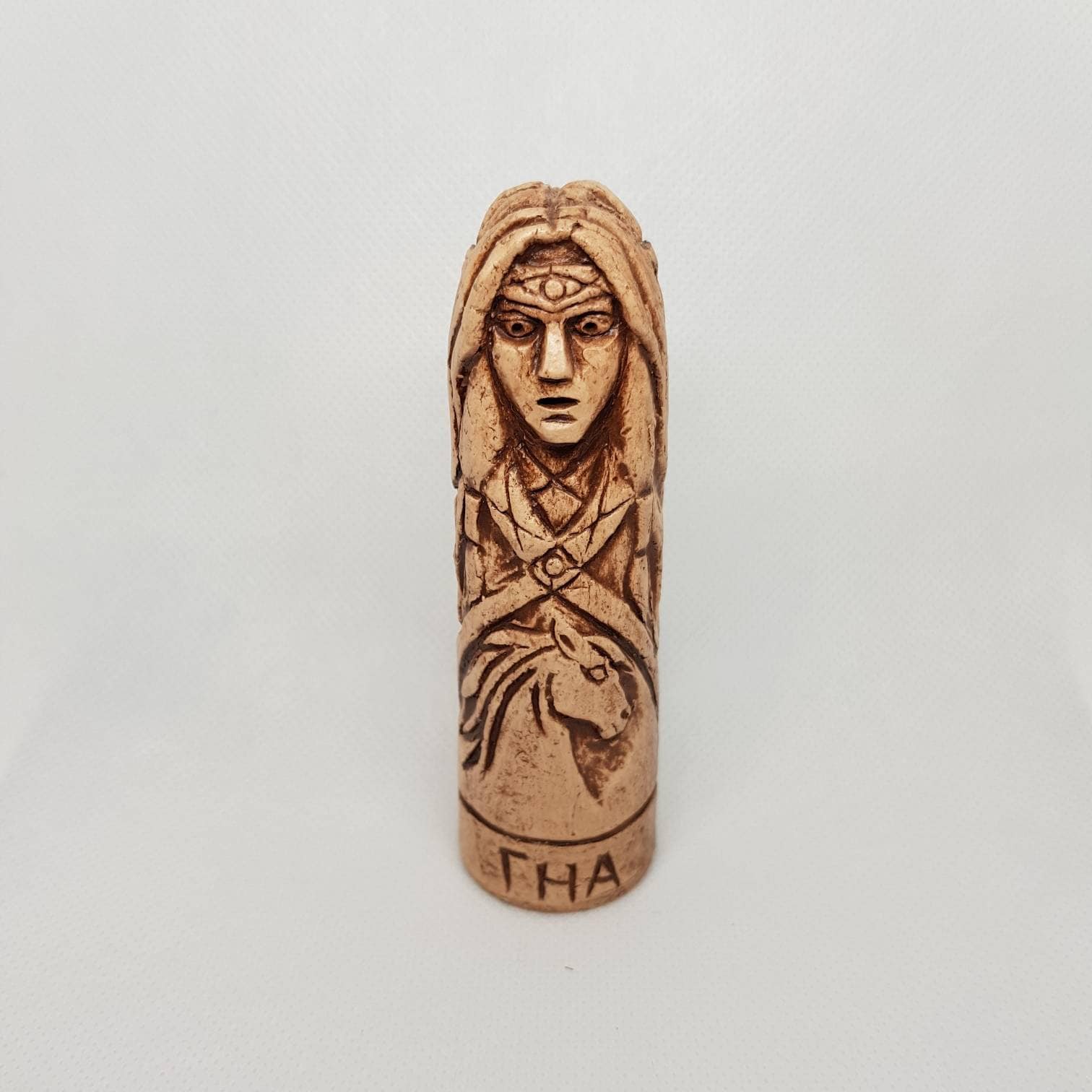 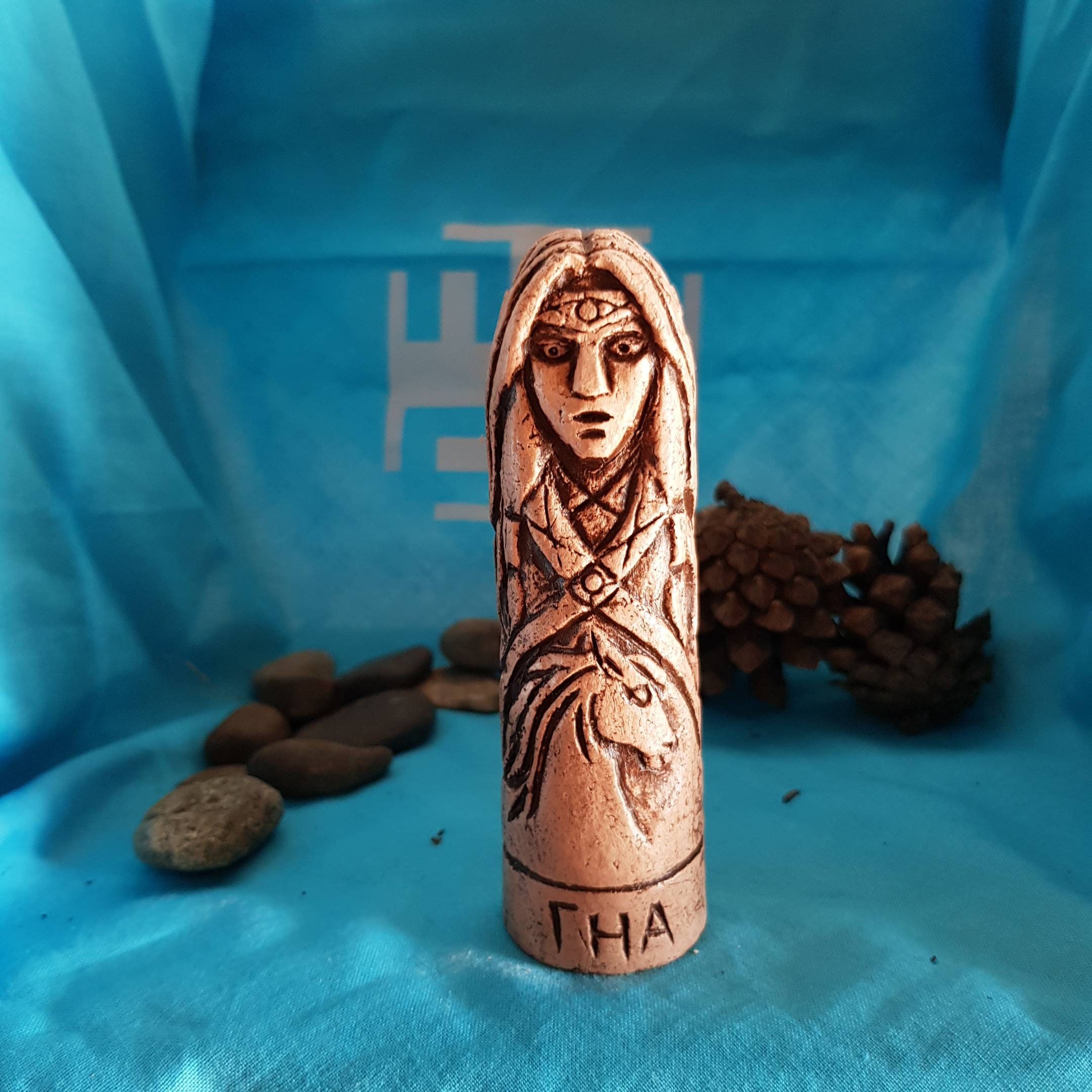 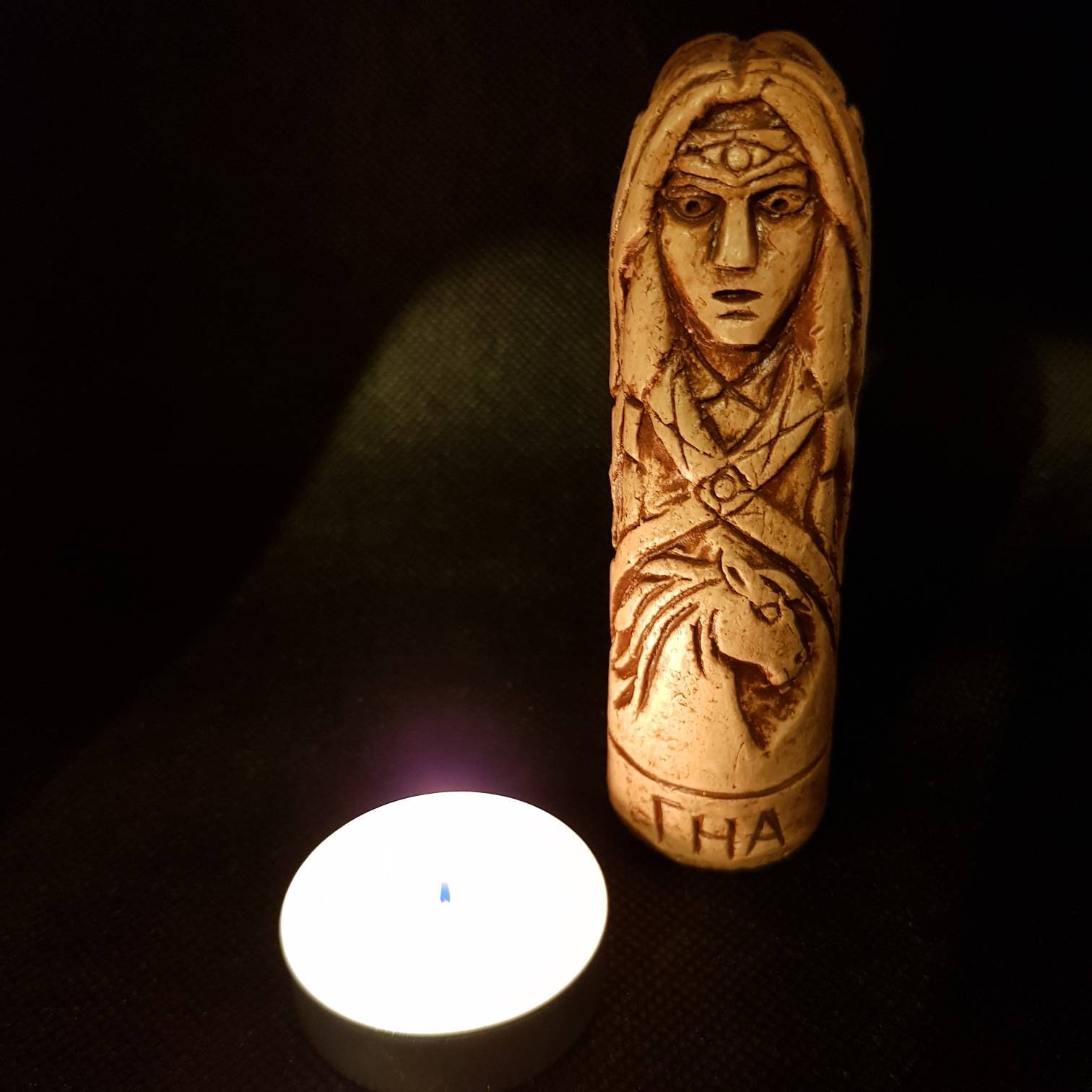 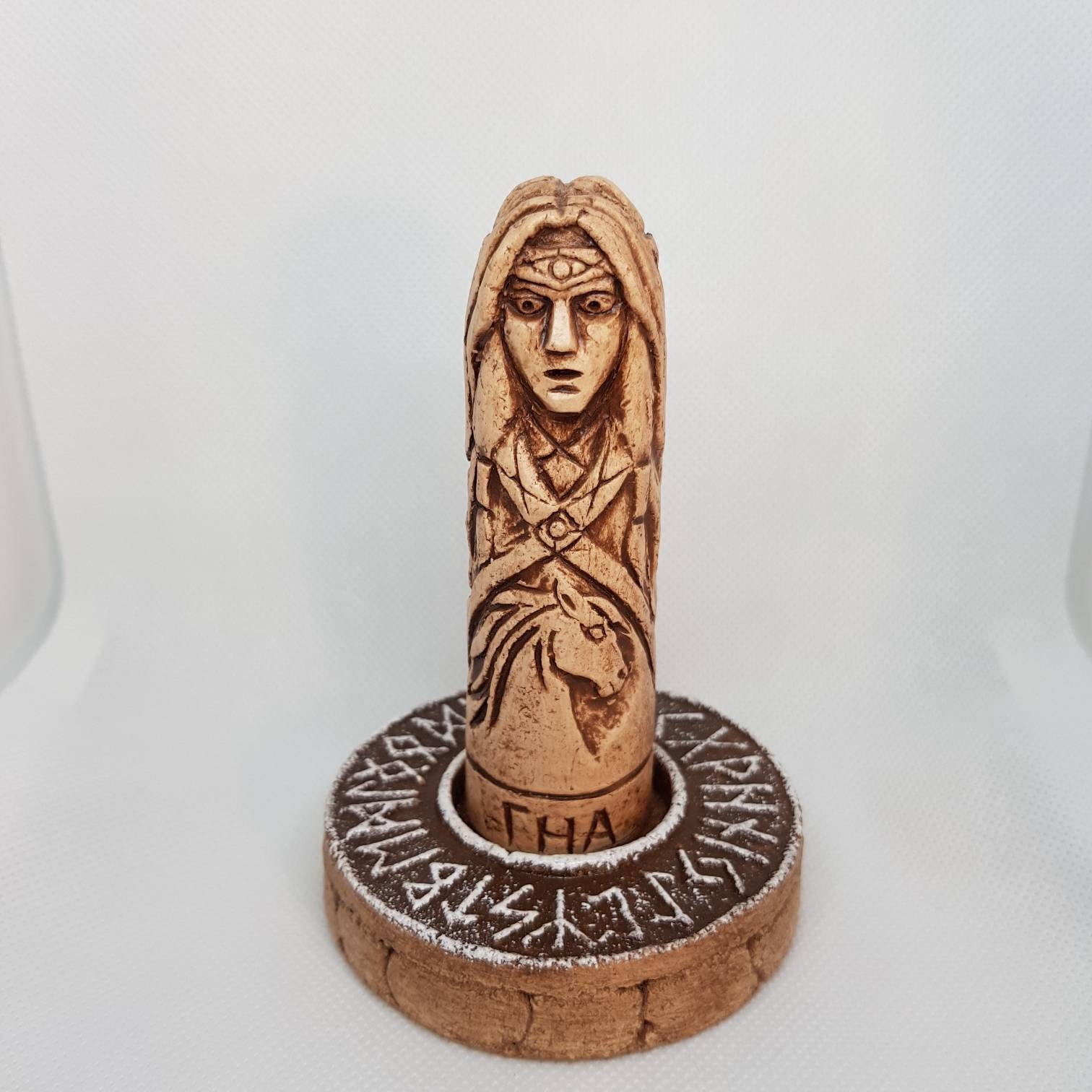 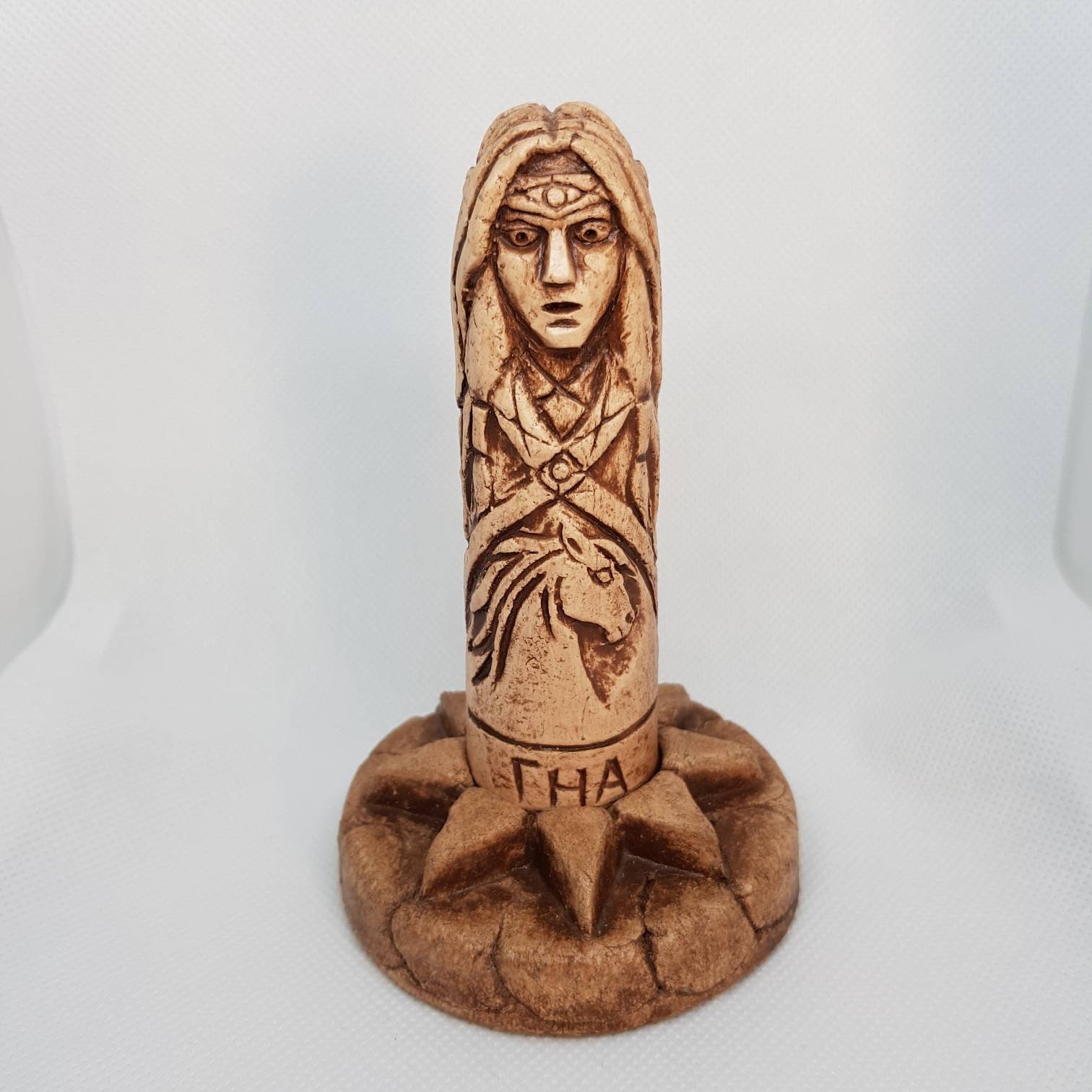 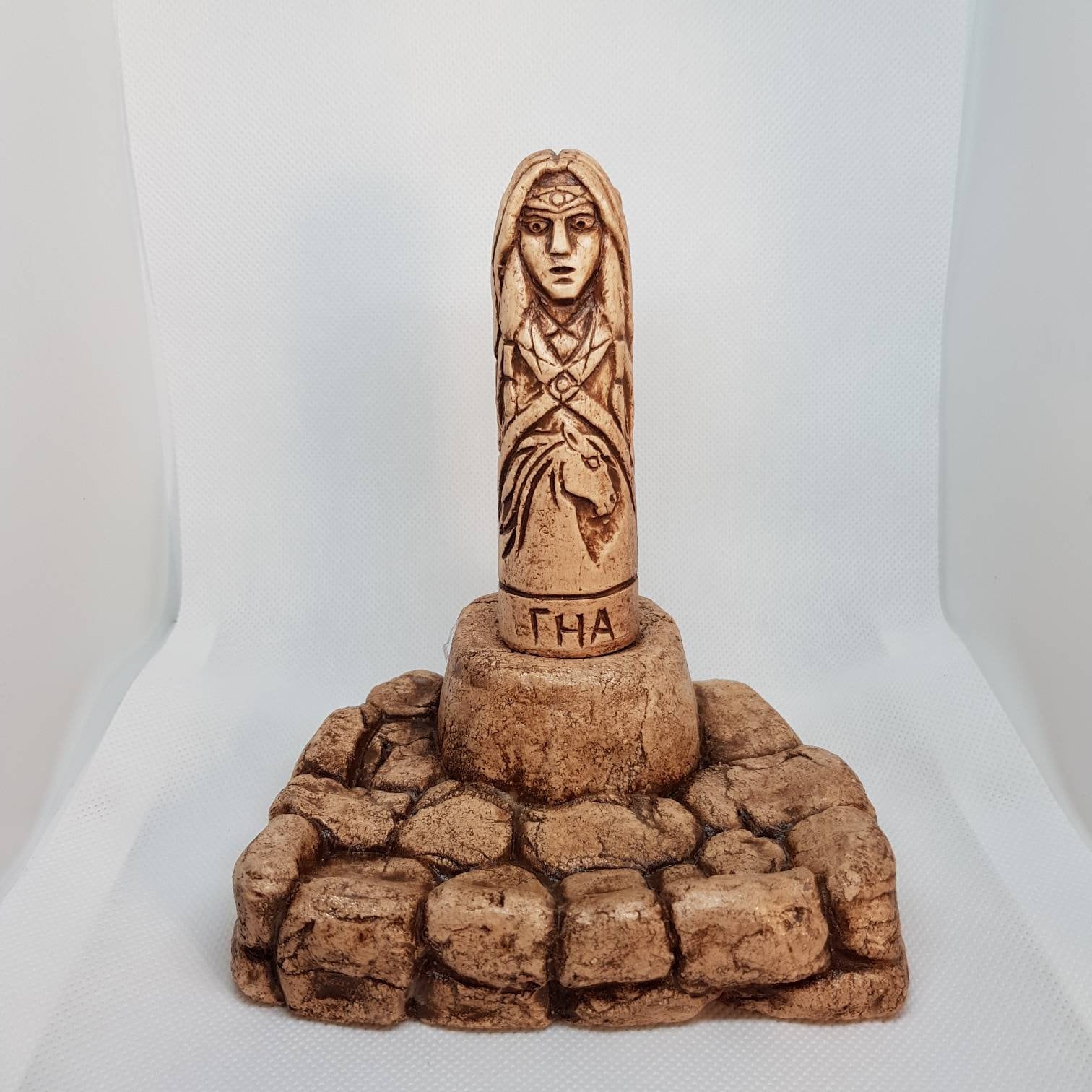 This is a small 10cm tall handcrafted from clay (ceramic) statue of Gna. Order it alone or in a combination with a Sun Post or a Stone Post.

In Norse mythology, Gná is a female deity who runs errands in other worlds for the female deity Frigg and rides the flying, sea-treading horse Hófvarpnir (Old Norse "he who throws his hoofs about", "hoof-thrower" or "hoof kicker"). Gná and Hófvarpnir are attested in the Prose Edda, written in the 13th century by Snorri Sturluson. Scholarly theories have been proposed about Gná as a "deity of fullness" and as potentially cognate to Fama from Roman mythology. Hófvarpnir and the eight-legged steed Sleipnir have been cited examples of transcendent horses in Norse mythology.

Amazingly wonderful and artistic work, I am very impressed and pleased! Very good communication with the seller. I can highly recommend this shop!

Wonderful! I'm so glad I decided to order again... Shipping was surprisingly quick.