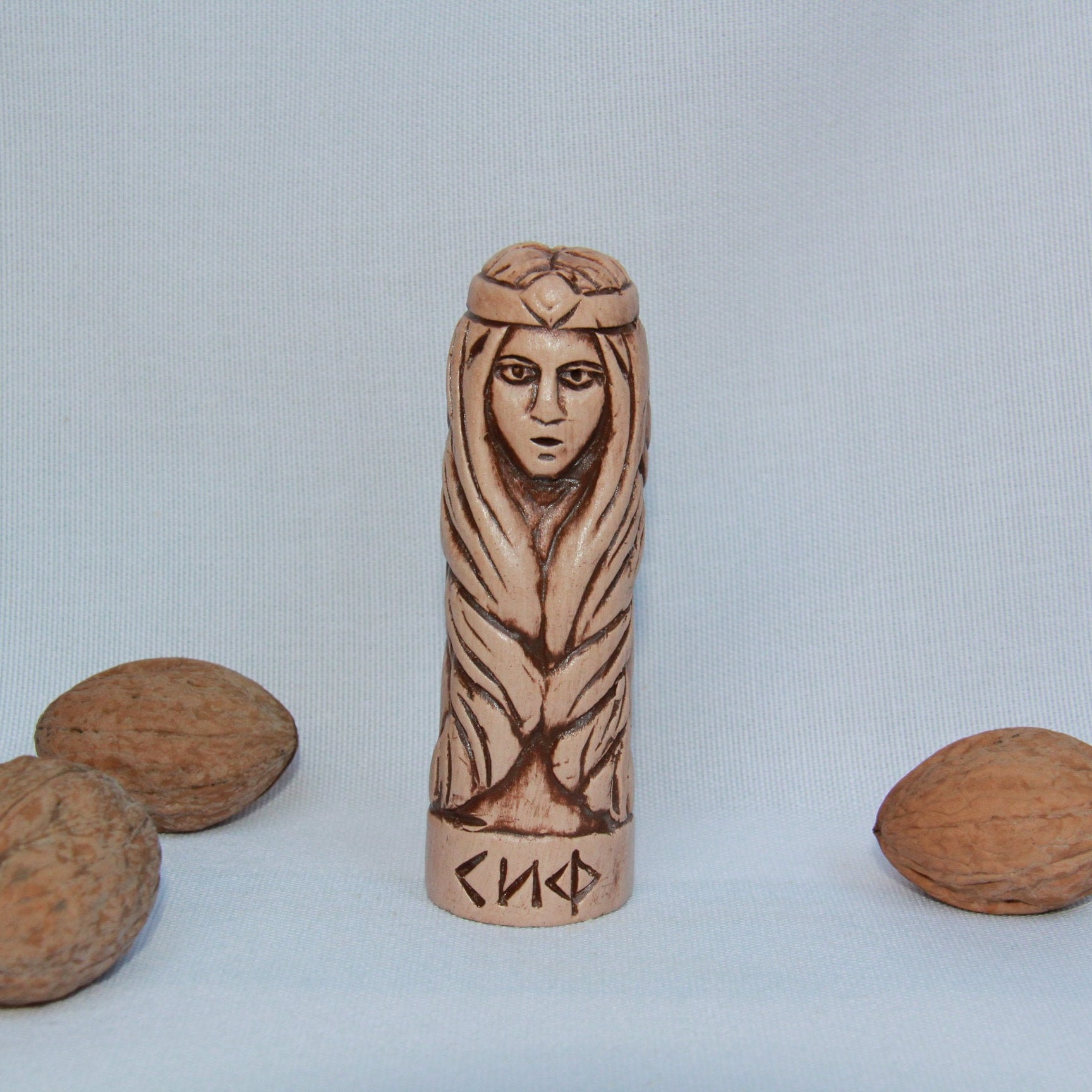 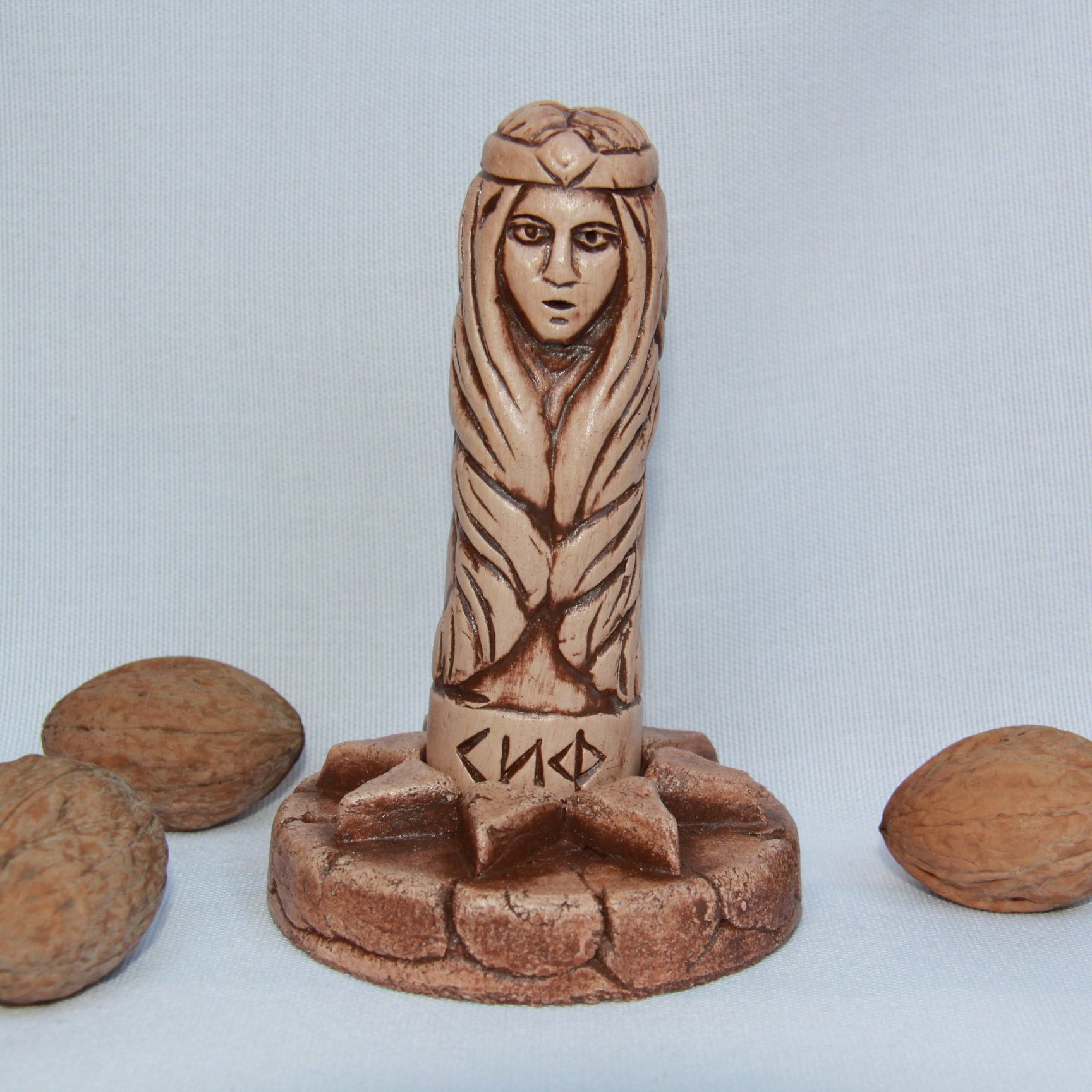 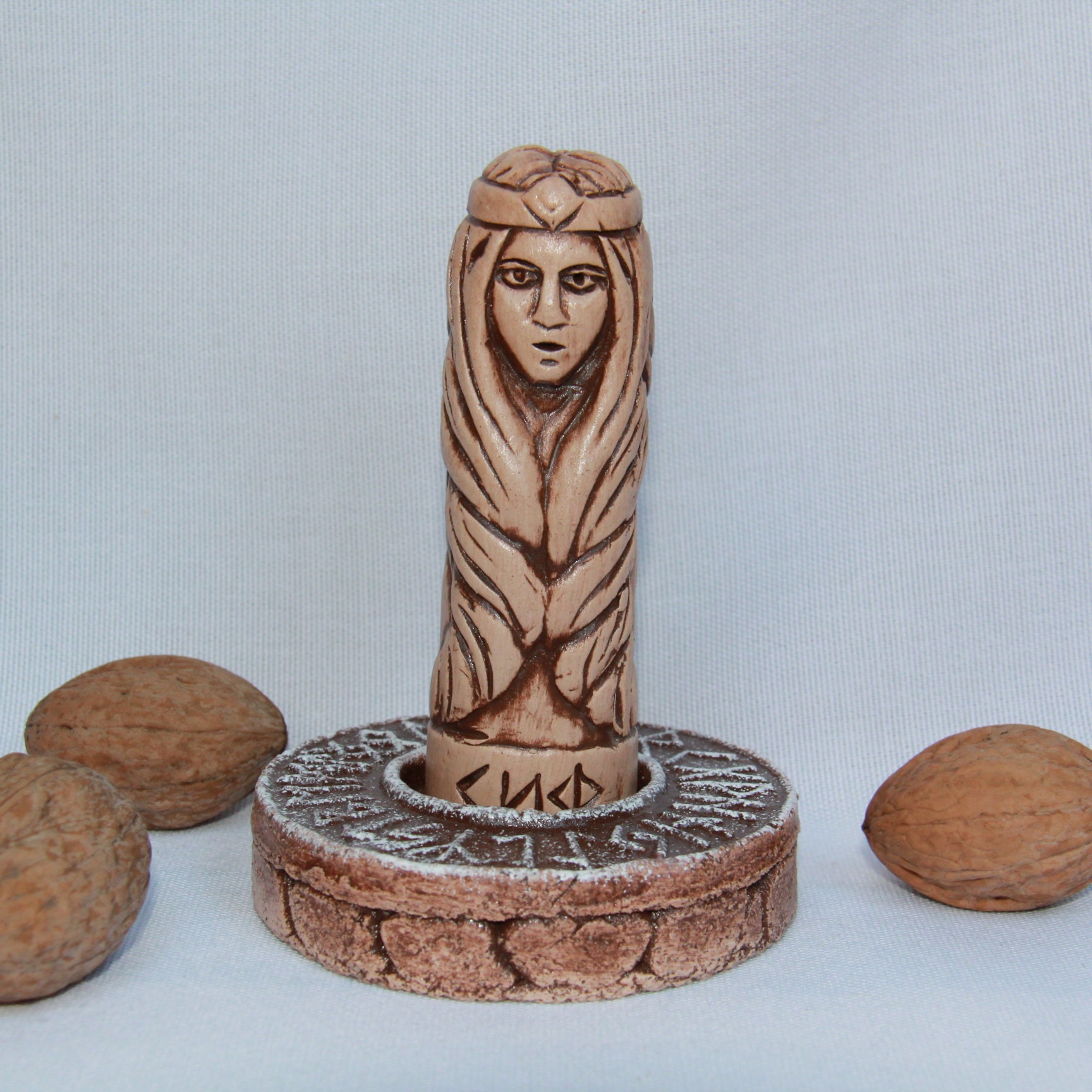 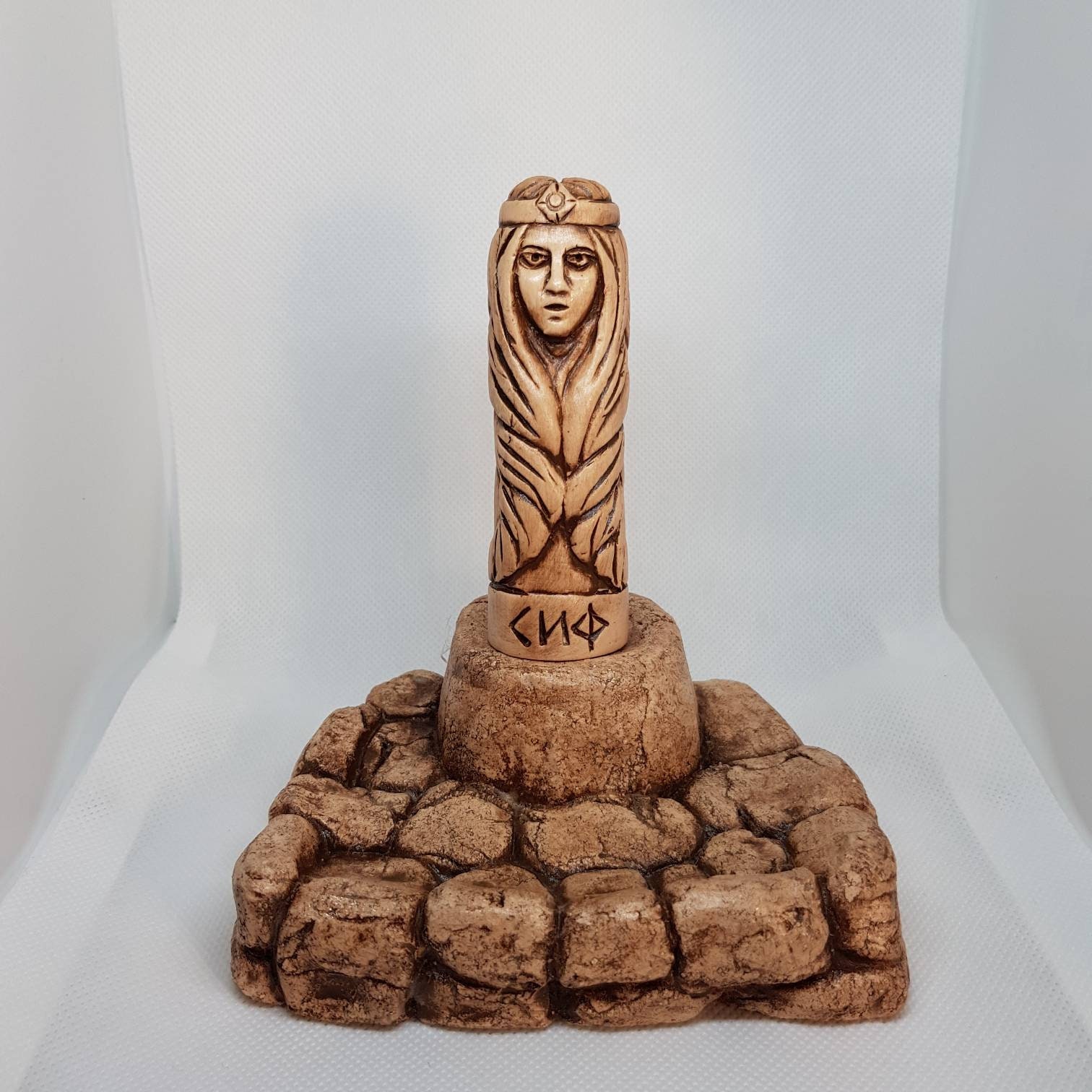 This is a small 10 cm tall handcrafted from clay (ceramic) statue of Sif. Order it alone or in a combination with a Sun Post or a Stone Post.

In Norse mythology, Sif is a female deity associated with earth. Sif is attested in thePoetic Edda, compiled in the 13th century from earlier traditional sources, and the Prose Edda, written in the 13th century by Snorri Sturluson, and in the poetry of skalds. In both the Poetic Edda and the Prose Edda, Sif is the wife of the thunder deity Thor and is known for her golden hair.

In the Prose Edda, Sif is named as the mother of the female deity Þrúðr by Thor and of Ullr with a father whose name is not recorded. TheProse Edda also recounts that Sif once had her hair shorn by Loki, and that Thor forced Loki to have a golden headpiece made for Sif, resulting in not only Sif's golden tresses but also five other objects for other deities.

Scholars have proposed that Sif's hair may represent fields of golden wheat, that she may be associated with fertility, family, wedlock or that she is connected to rowan, and that there may be an allusion to her role or possibly her name in the Old English poem Beowulf. Sif's name means"relation by marriage".

AMAZING quality. I absolutely love her. A lot heavier than I expected too which is great. Shes perfect.

Wonderful thank you, and very quick shipping. I like that can choose the different altars and add them to the order.