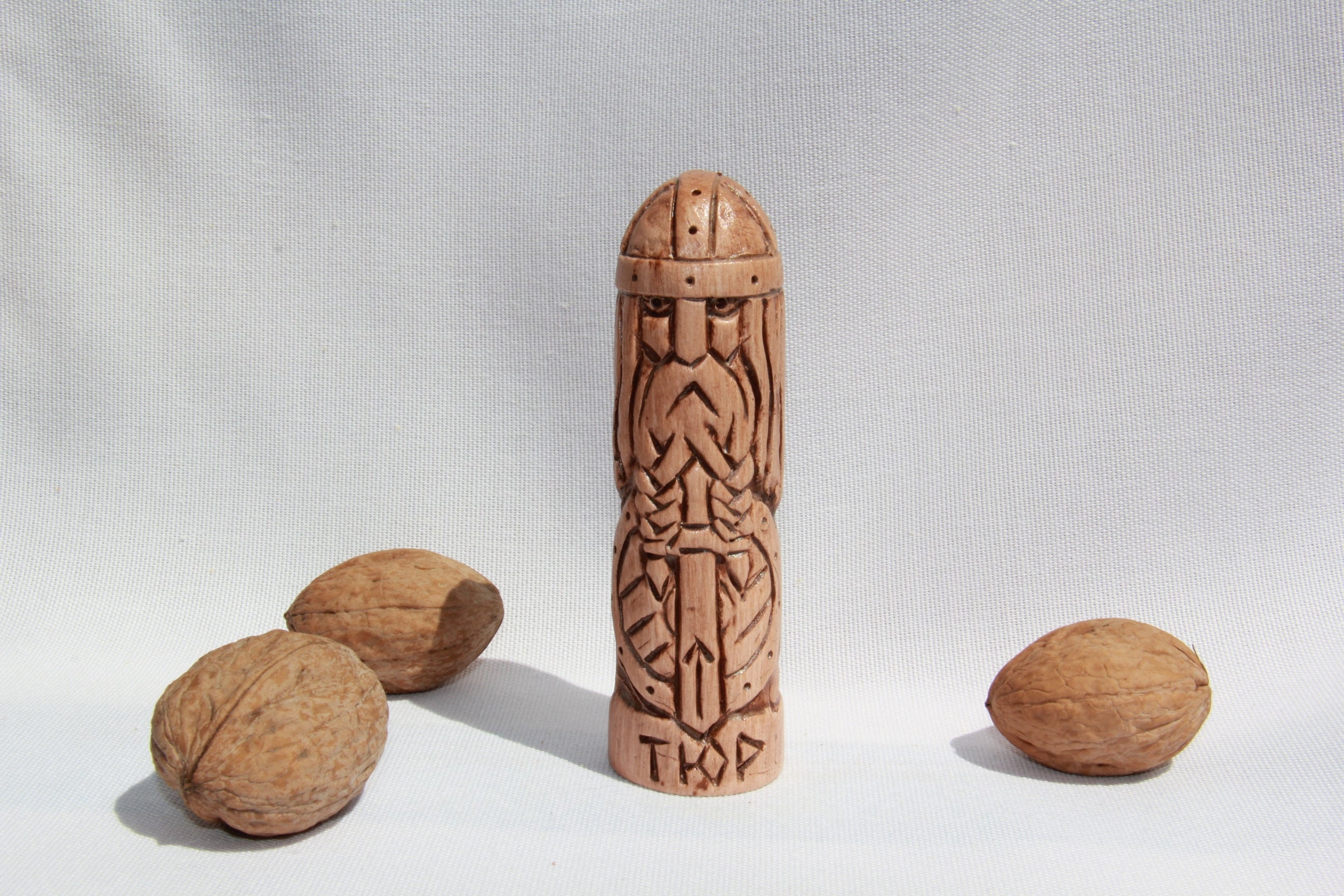 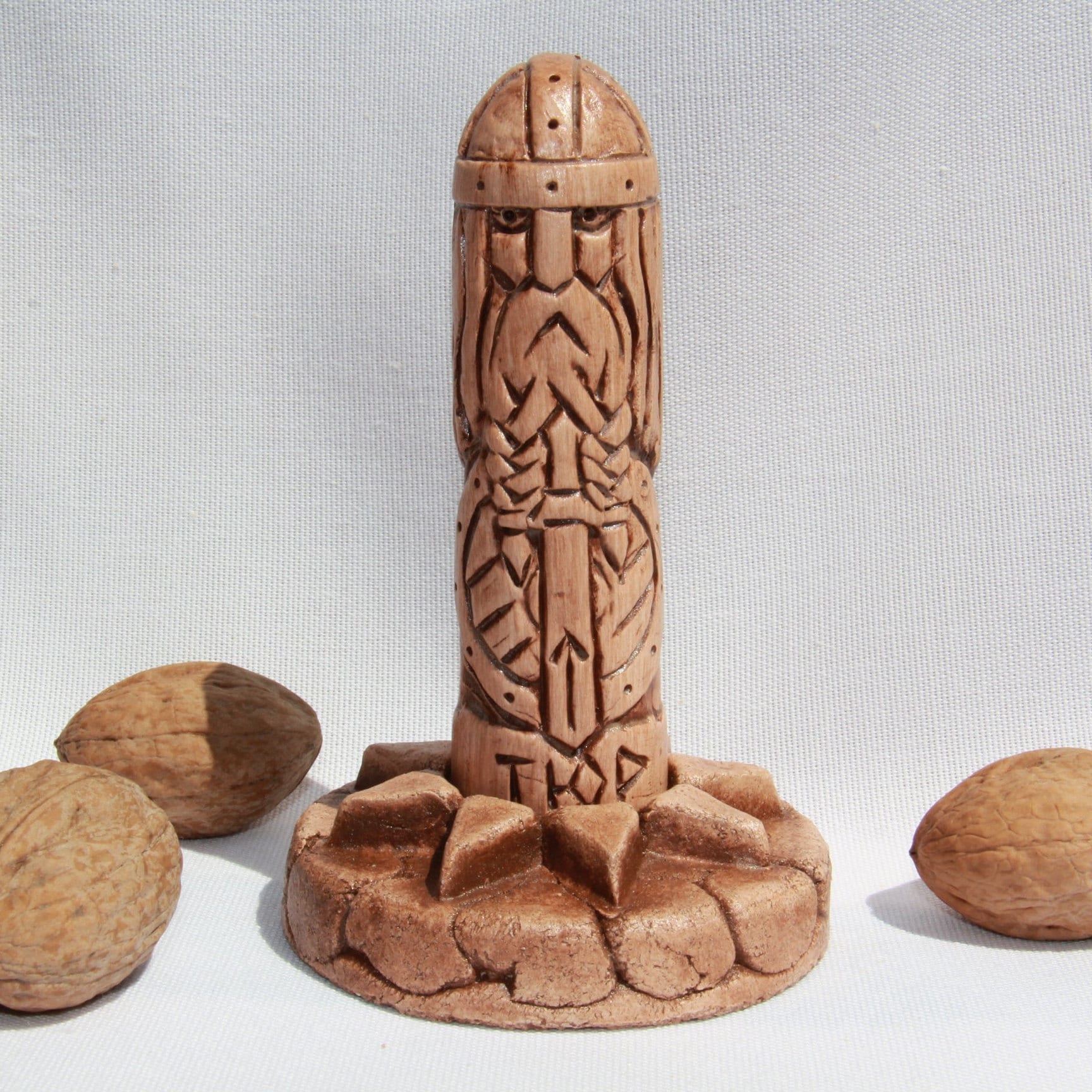 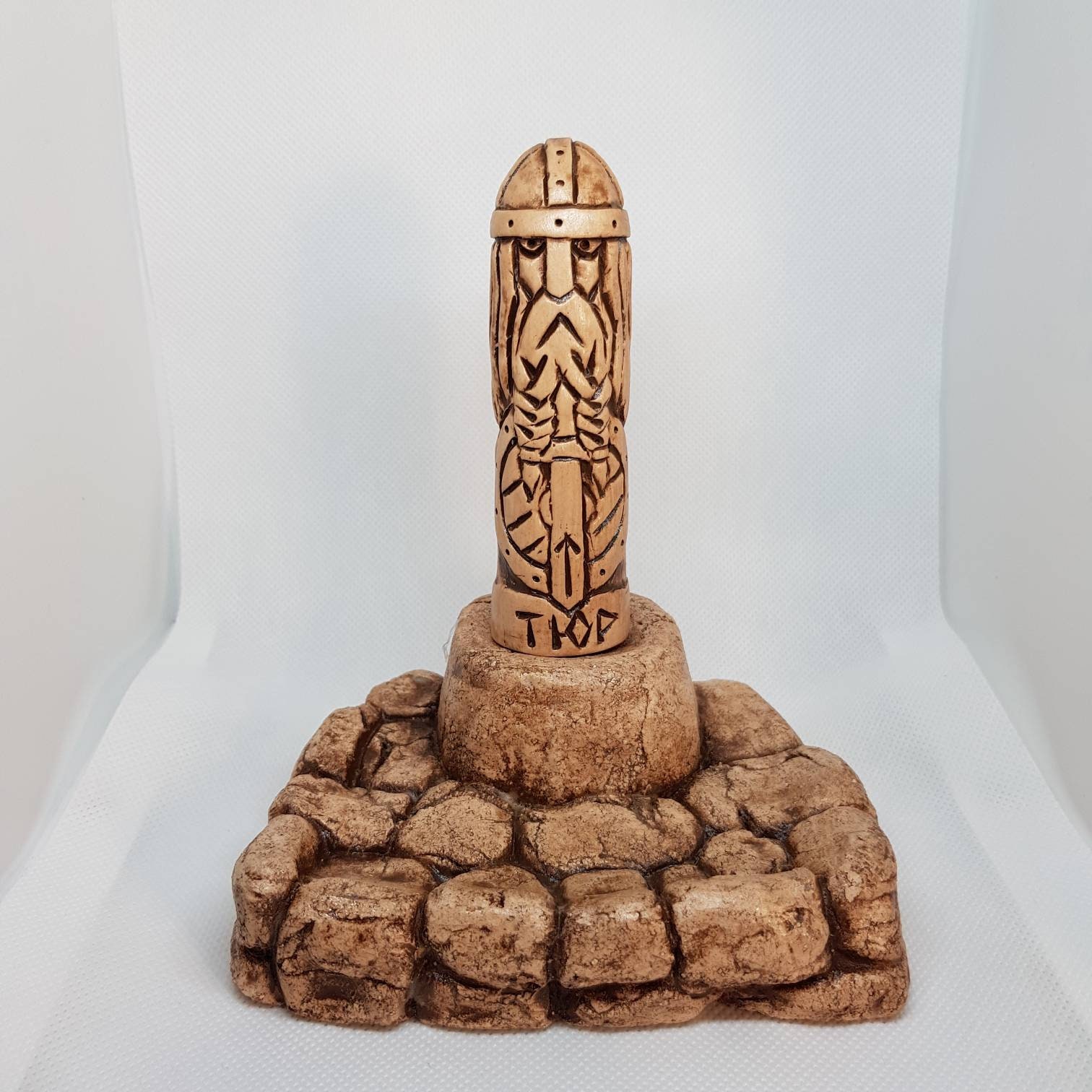 This is a small 10cm tall handcrafted from clay (ceramic) statue of Tyr. Order it alone or in a combination with a Sun Post or a Stone Post.

Týr (/ˈtɪər/; Old Norse: Týr [tyːr]) is a Germanic god associated with law and heroic glory in Norse mythology, portrayed as one-handed. Corresponding names in other Germanic languages are Gothic Teiws, Old English Tīw and Old High German Ziu and Cyo, all from Proto-Germanic *Tīwaz. The Latinised name is Tius or Tio.

In the late Icelandic Eddas, Týr is portrayed, alternately, as the son of Odin (Prose Edda) or of Hymir (Poetic Edda), while the origins of his name and his possible relationship to Tuisto(see Tacitus' Germania) suggest he was once considered the father of the gods and head of the pantheon, since his name is ultimately cognate to that of *Dyeus (cf. Dyaus), the reconstructed chief deity in Indo-European religion. It is assumed that Tîwaz was overtaken in popularity and in authority by both Odin and Thor at some point during the Migration Age, as Odin shares his role as God of war.

If a warrior carved the rune Tîwaz on his weapon he would be dedicating it to Týr and strengthen the outcome of a battle to be in his favor. Tiw was equated with Mars in the interpretatio germanica. Tuesday is in fact "Tīw's Day" (also in Alemannic Zischtig from zîes tag), translating dies Martis.

I love this piece and the detail and quality are excellent!