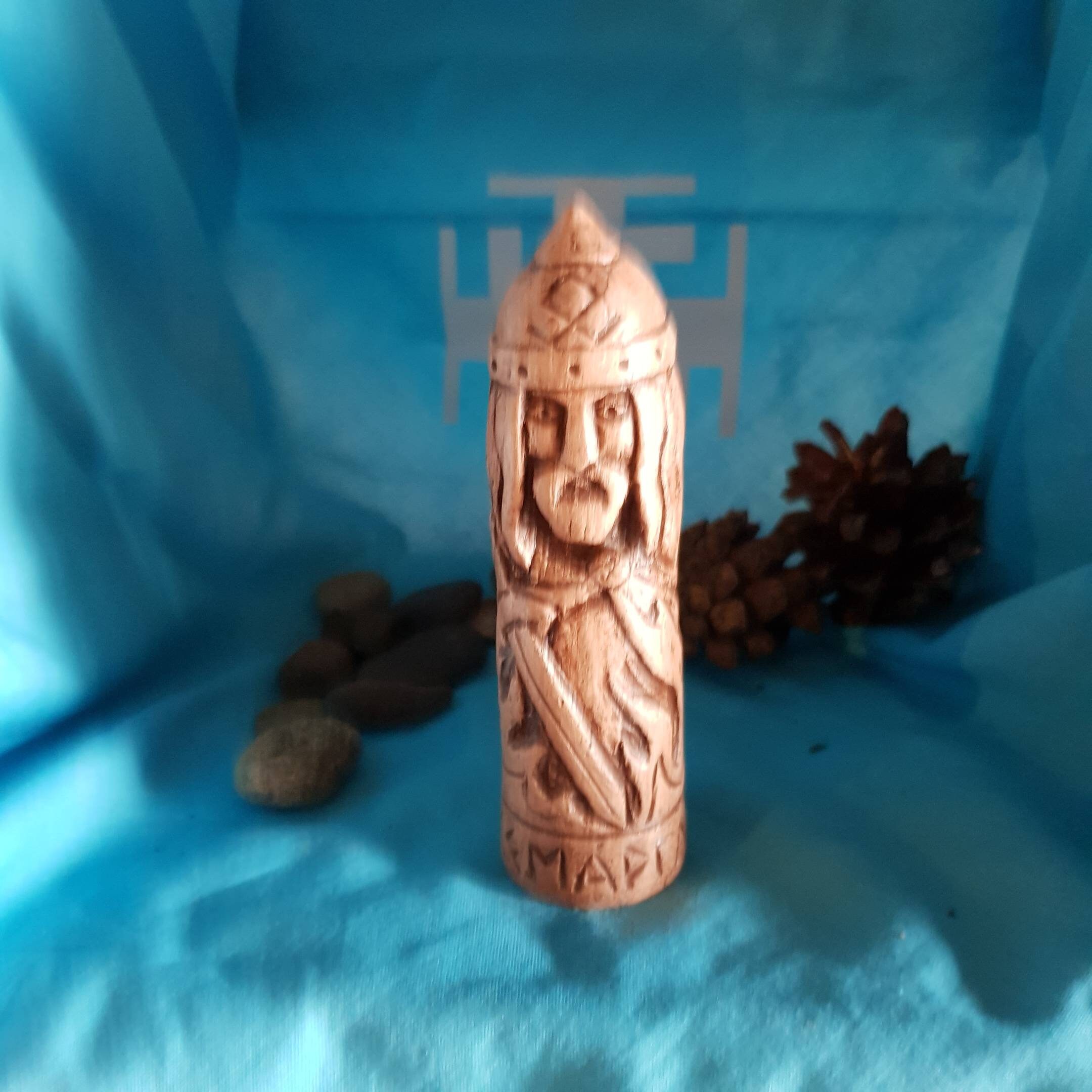 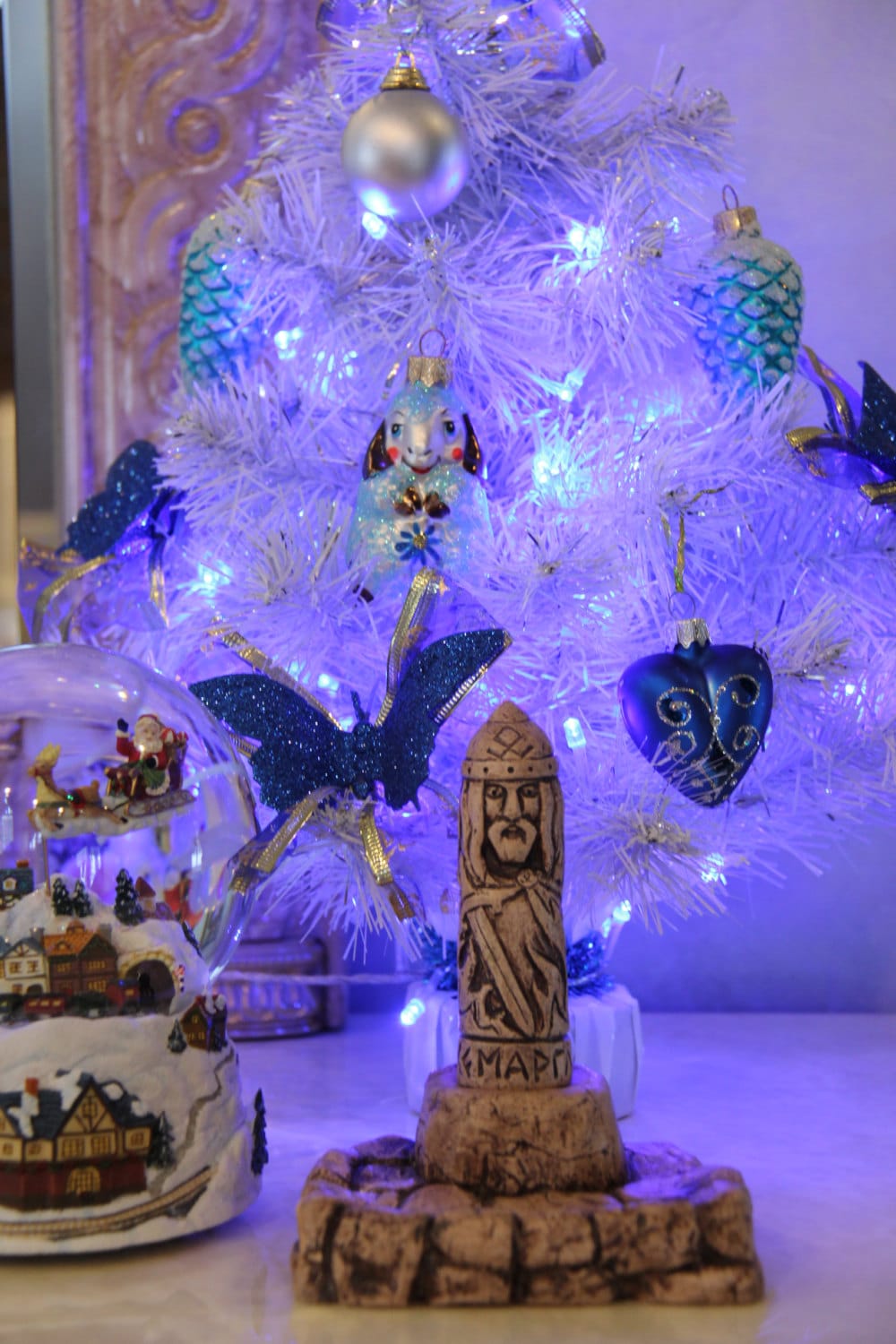 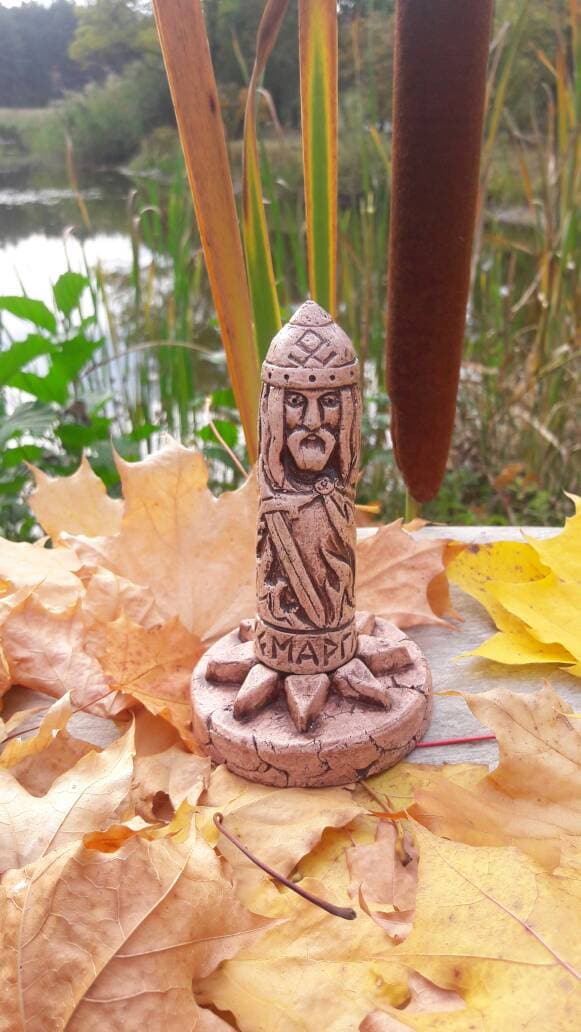 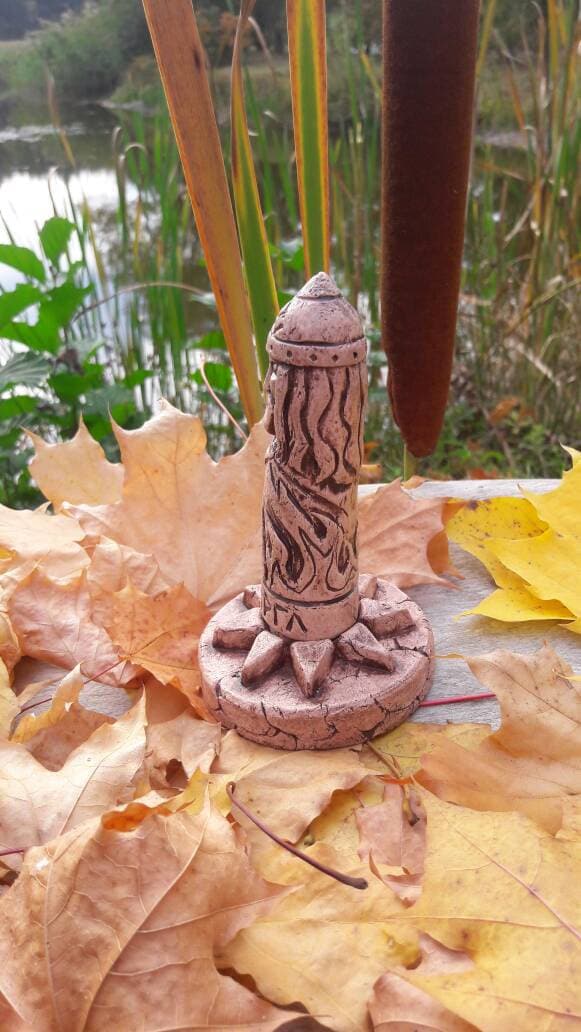 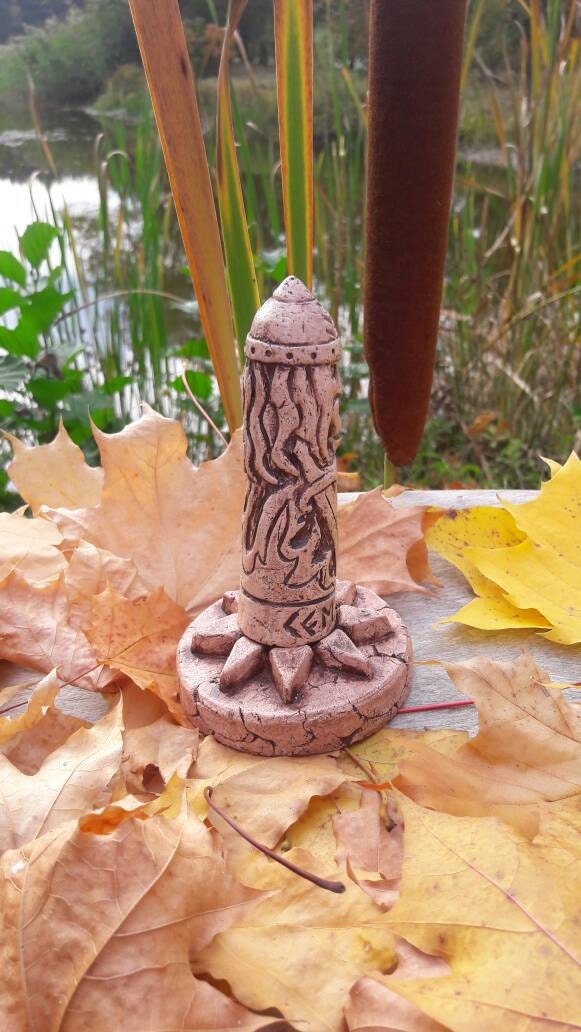 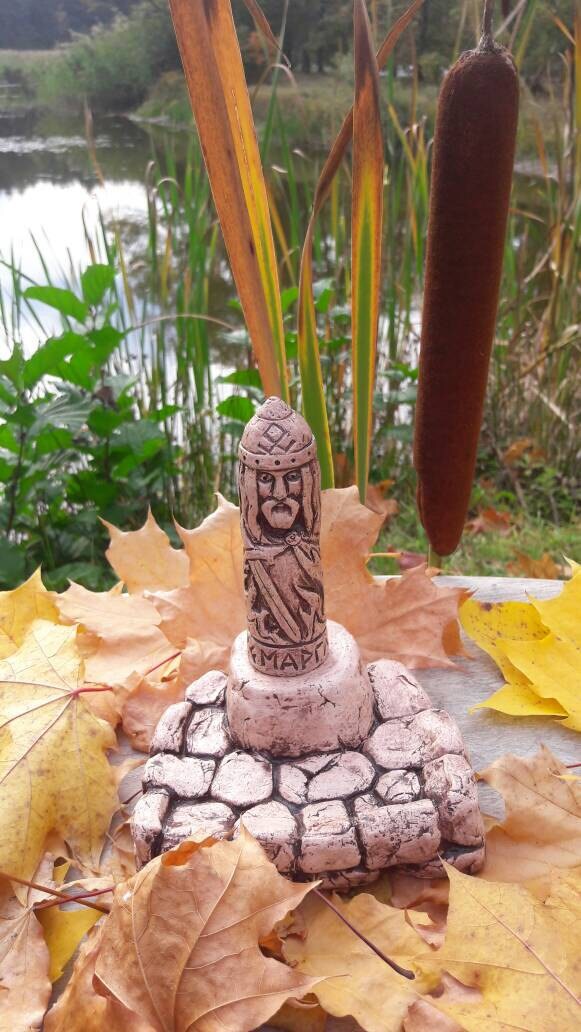 Statue of Semargl the Fire Deity

This is a small 10cm tall handcrafted statue of Semargl in human form. Order it alone or in a combination with a Sun Post or a Stone Post.

Semargl – Slavic deity of fire and the original fertility has the ability to combine and multiply the strength of all Svarozych. In one version it is the first senior son of Svarog, born from the blow of the hammer on the heavenly anvil of Svarog. According to another version Semargl is the second son of the deity after “Svarog” blacksmith. However, almost all scholars of ancient Slavic culture converge on the fact that Semargl was born much before Perun and Veles as they belong to the second generation of deities, that our ancestors called “sons of Bogi”. With Semargl linked to many legends that tell about how he has repeatedly helped to a particular deity (Svarog and Perun) in the battle with the forces of darkness.