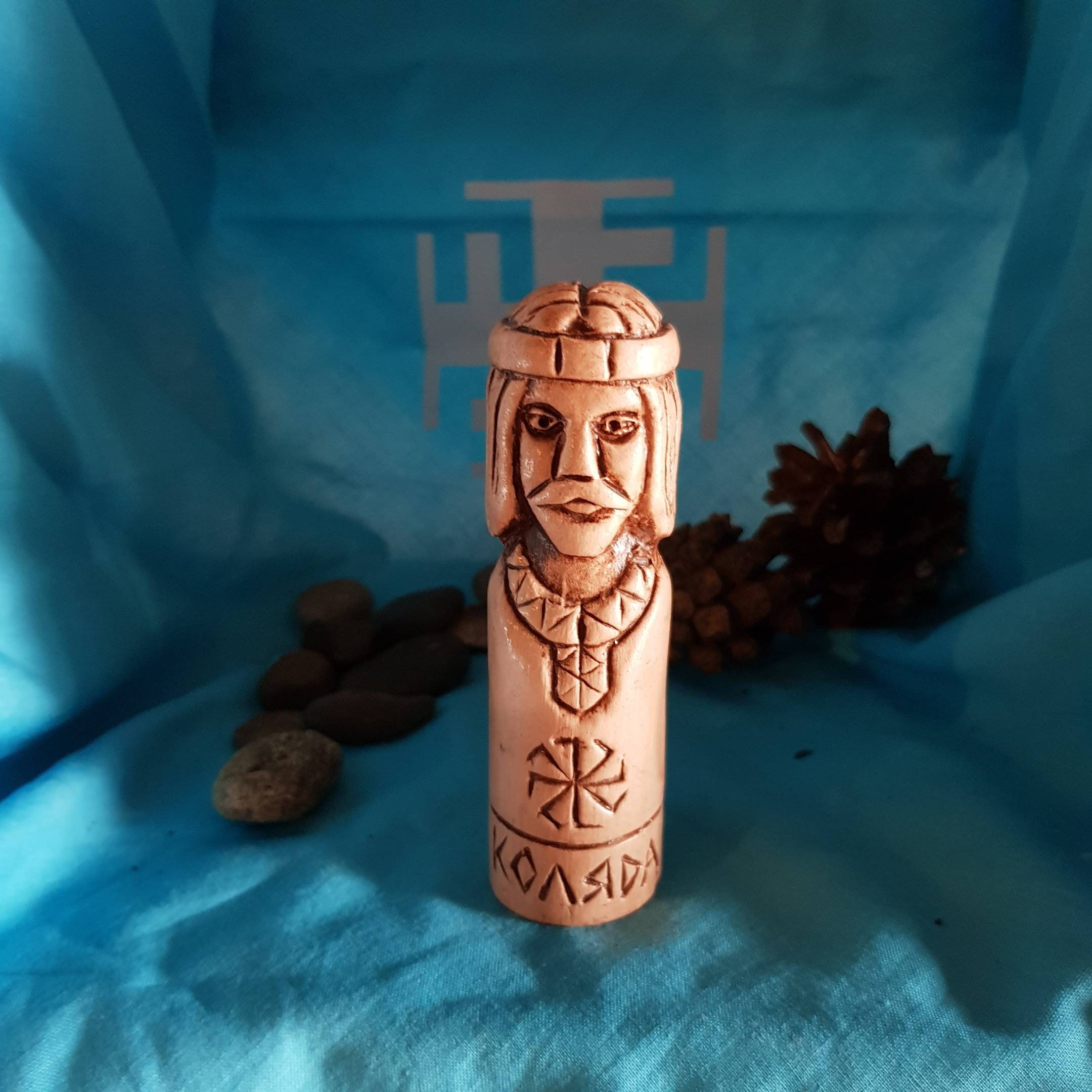 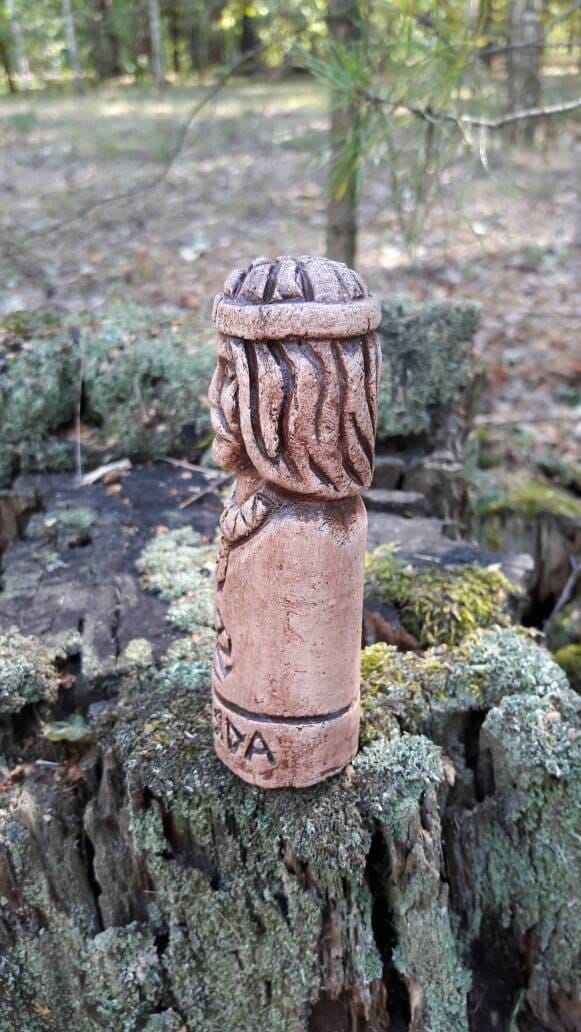 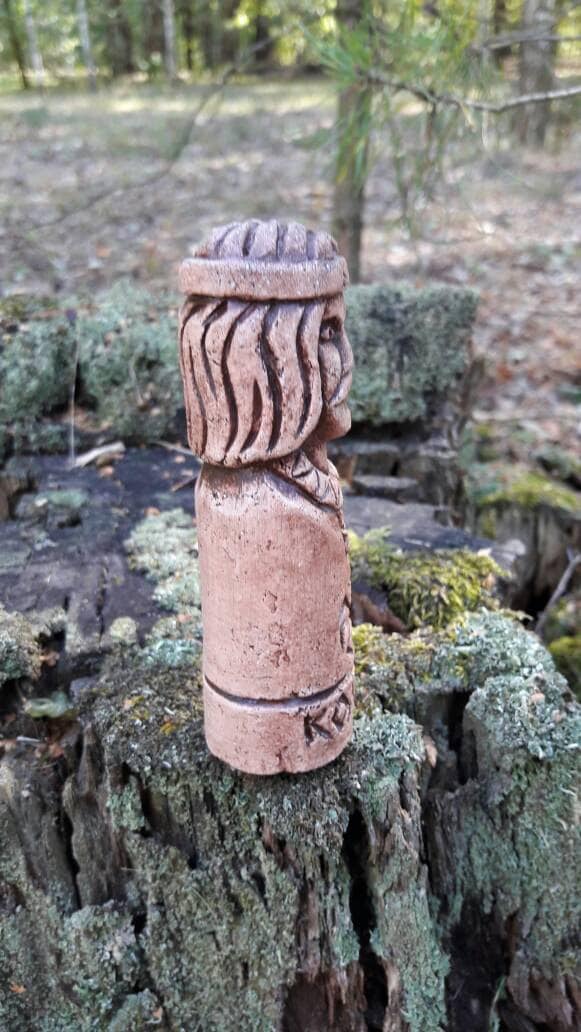 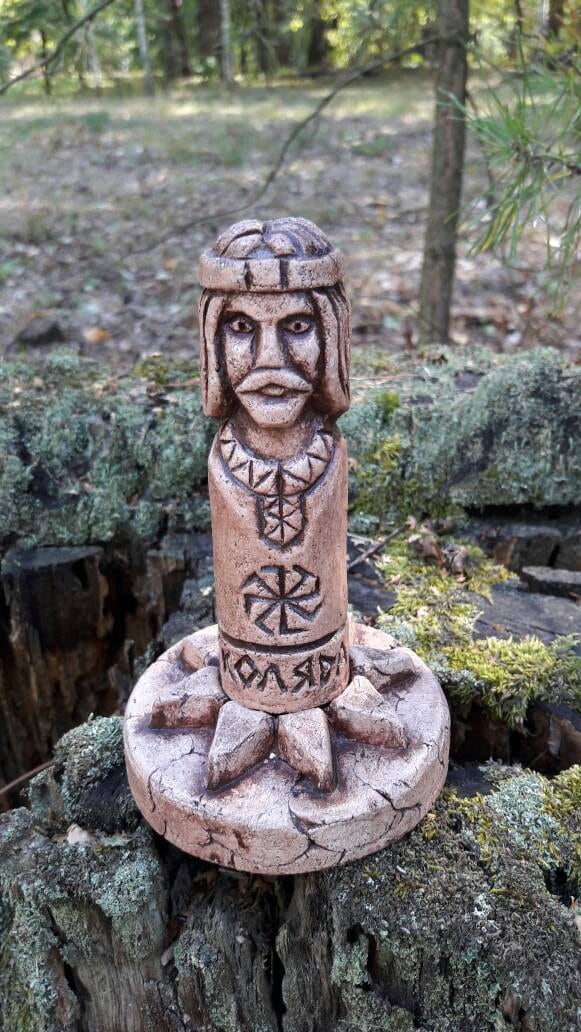 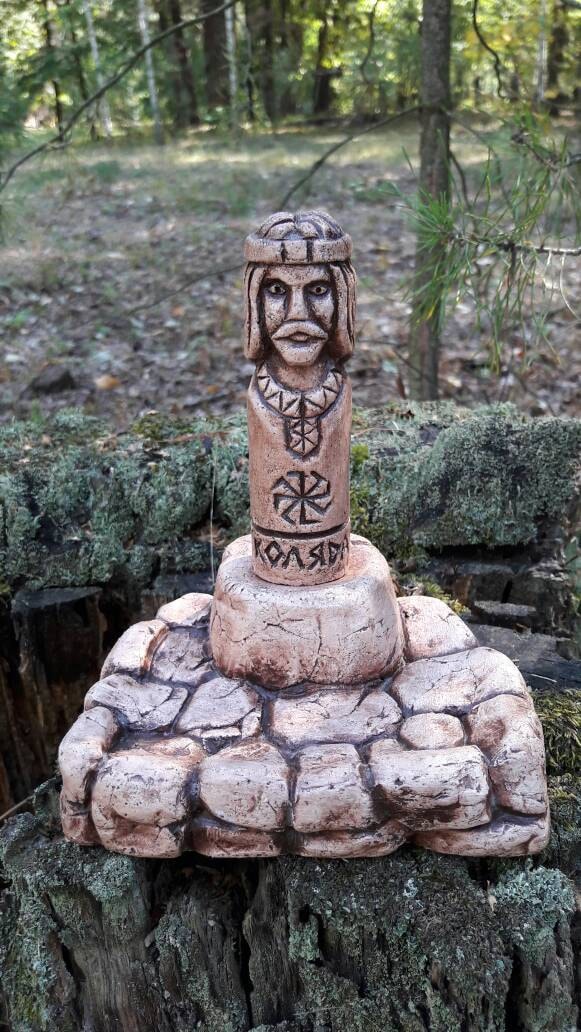 This is a small 10 cm tall handcrafted from clay (ceramic) statue of Kolyada. Order it alone or in a combination with a sun post or a stone post.

Koliada or Koleda is a Slavic mythologicaldeity, that personalizes the newborn winter infant Sun and impersonates the New Year's cycle. It is connected with the solar cycle, passing through the four seasons and from one substantial condition into another. The four personifications of the Sun according to the ancient Slavic religion are:

In the different Slavic countries at the Koliada winter festival were performed rituals with games and songs in its honour - likekoleduvane. In some regions of Russia the ritual gifts (usually buns) for the koledari are also called "kolyada". In the lands of theCroats it was symbolized by a doll, called Koled. In the ancient times Slavs used to sacrifice horses, goats, cows, bears or other animals that impersonate fertility. Koliada is mentioned either as male or a female deity in the songs.