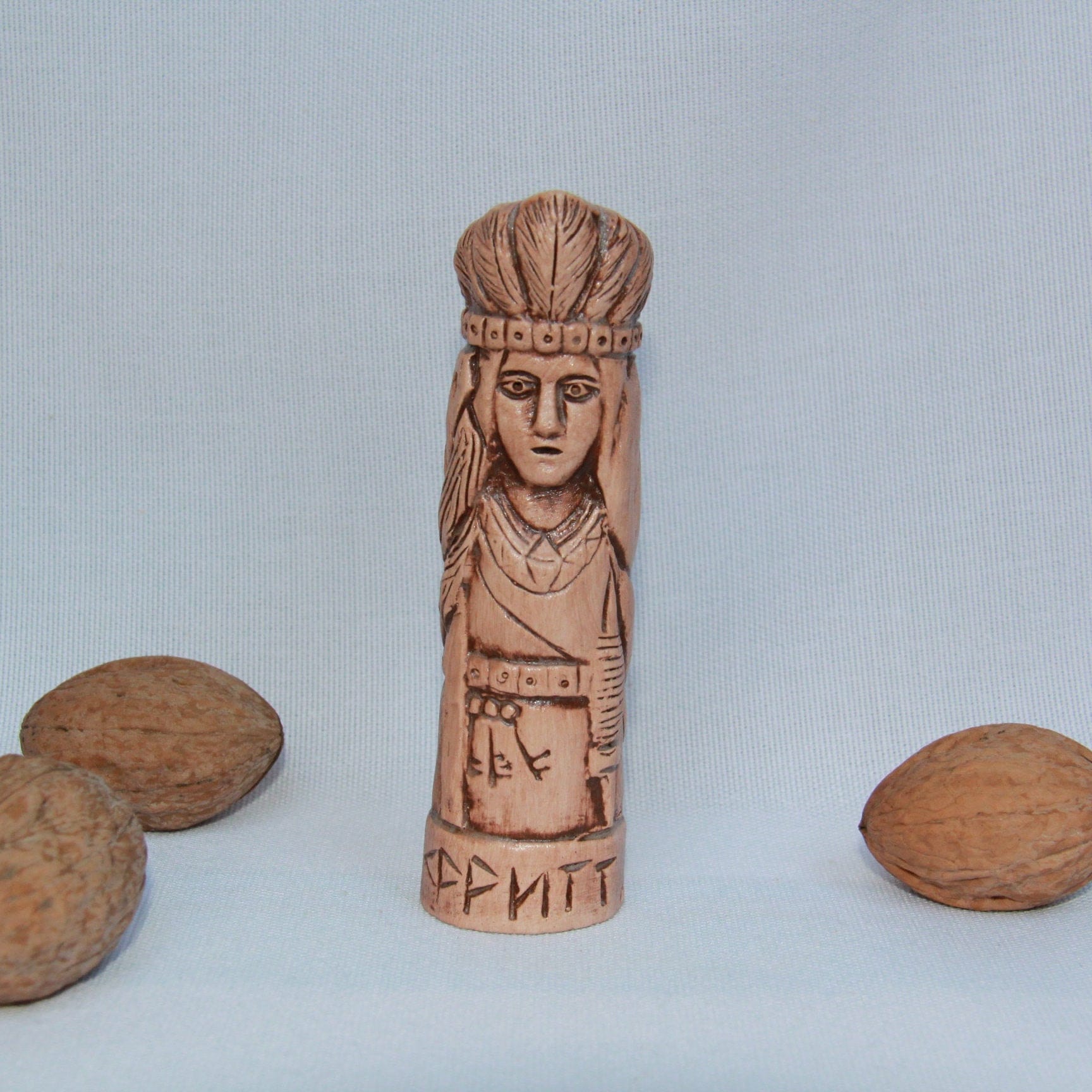 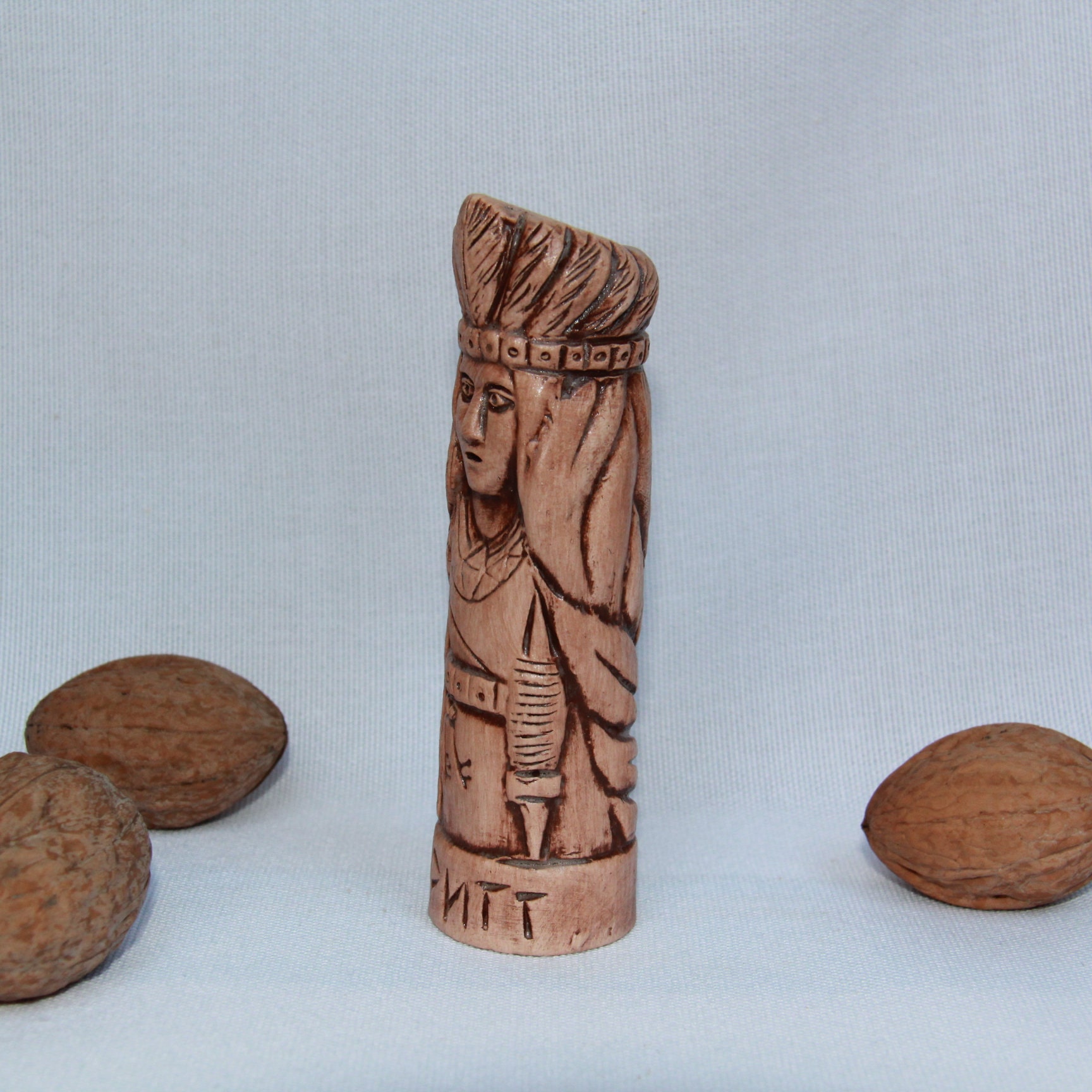 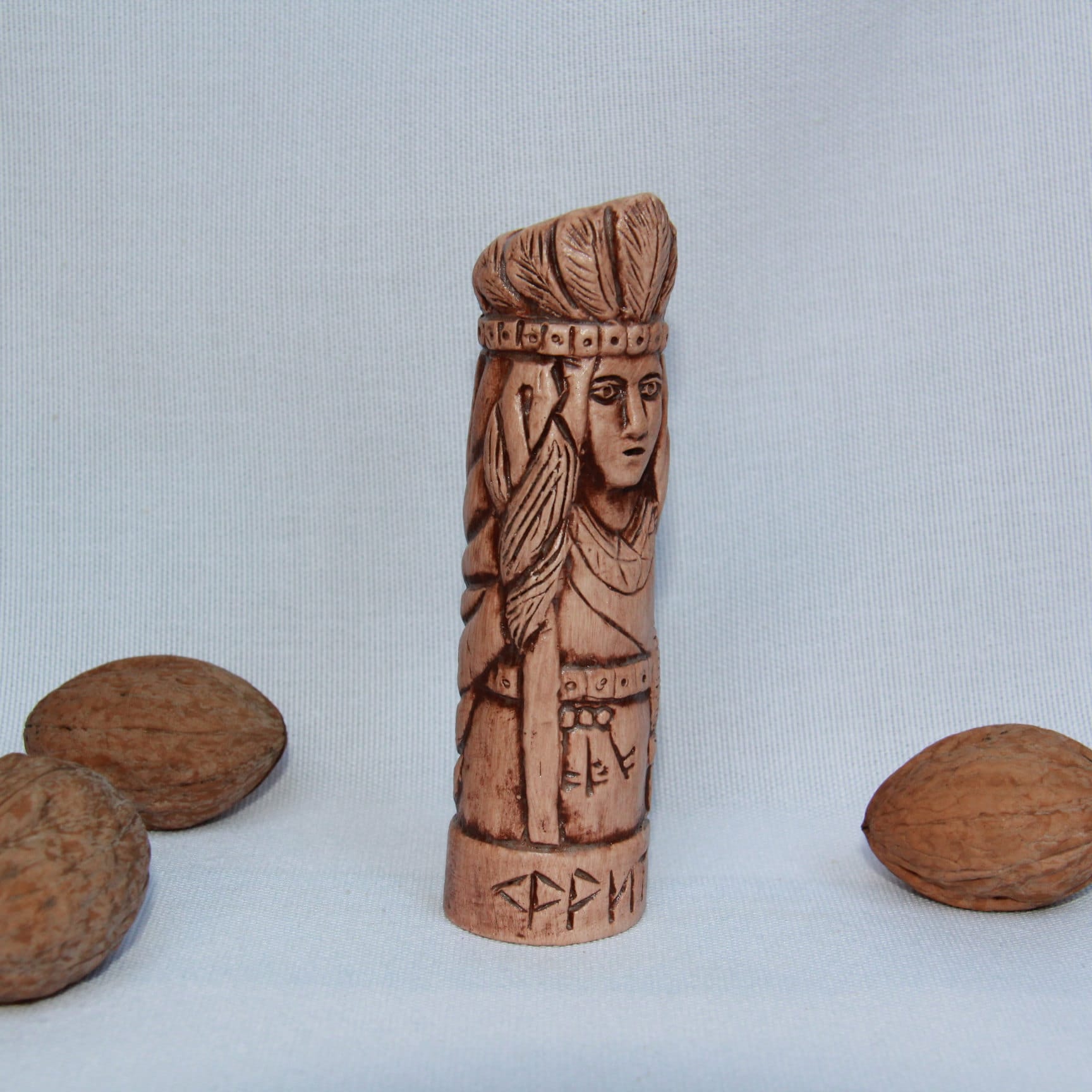 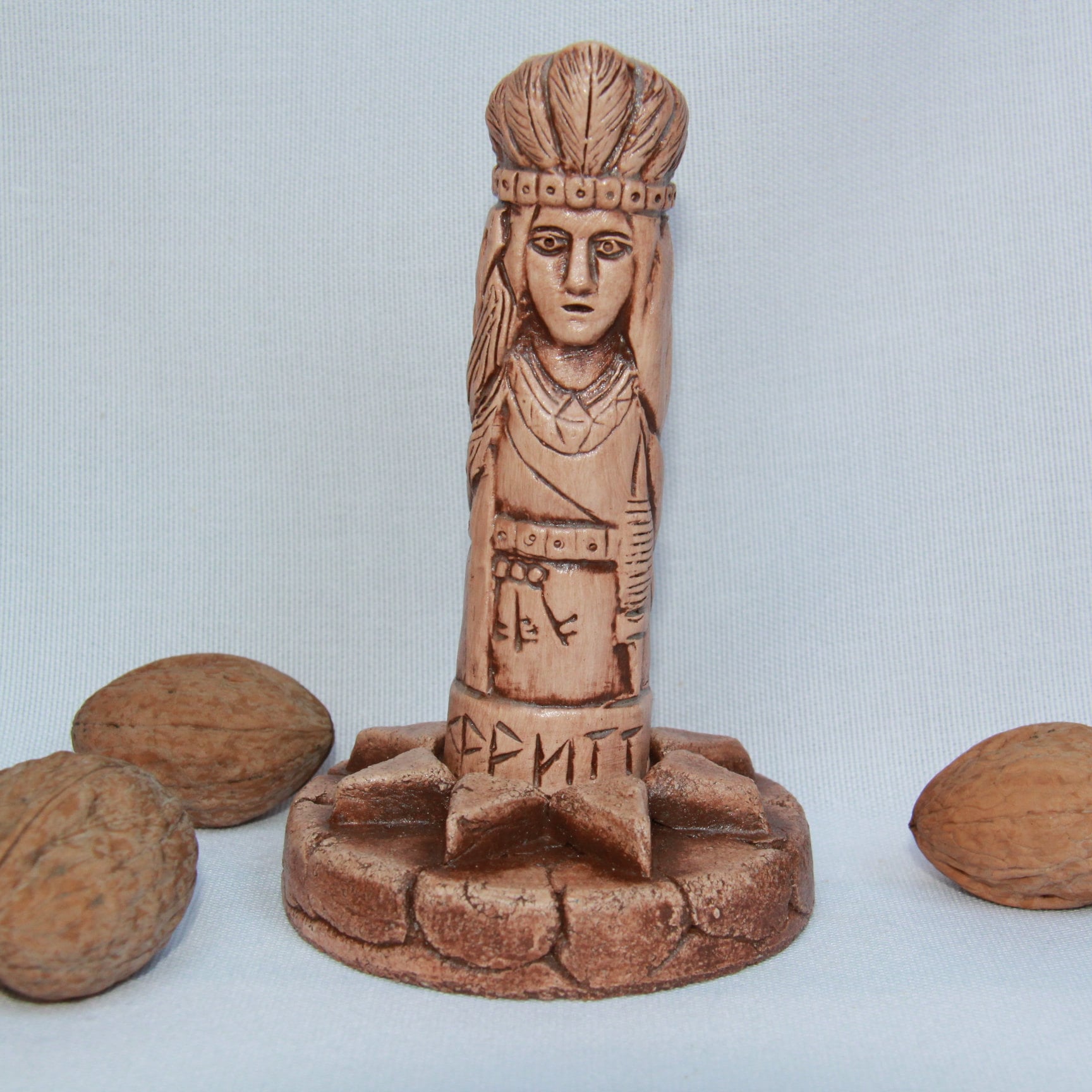 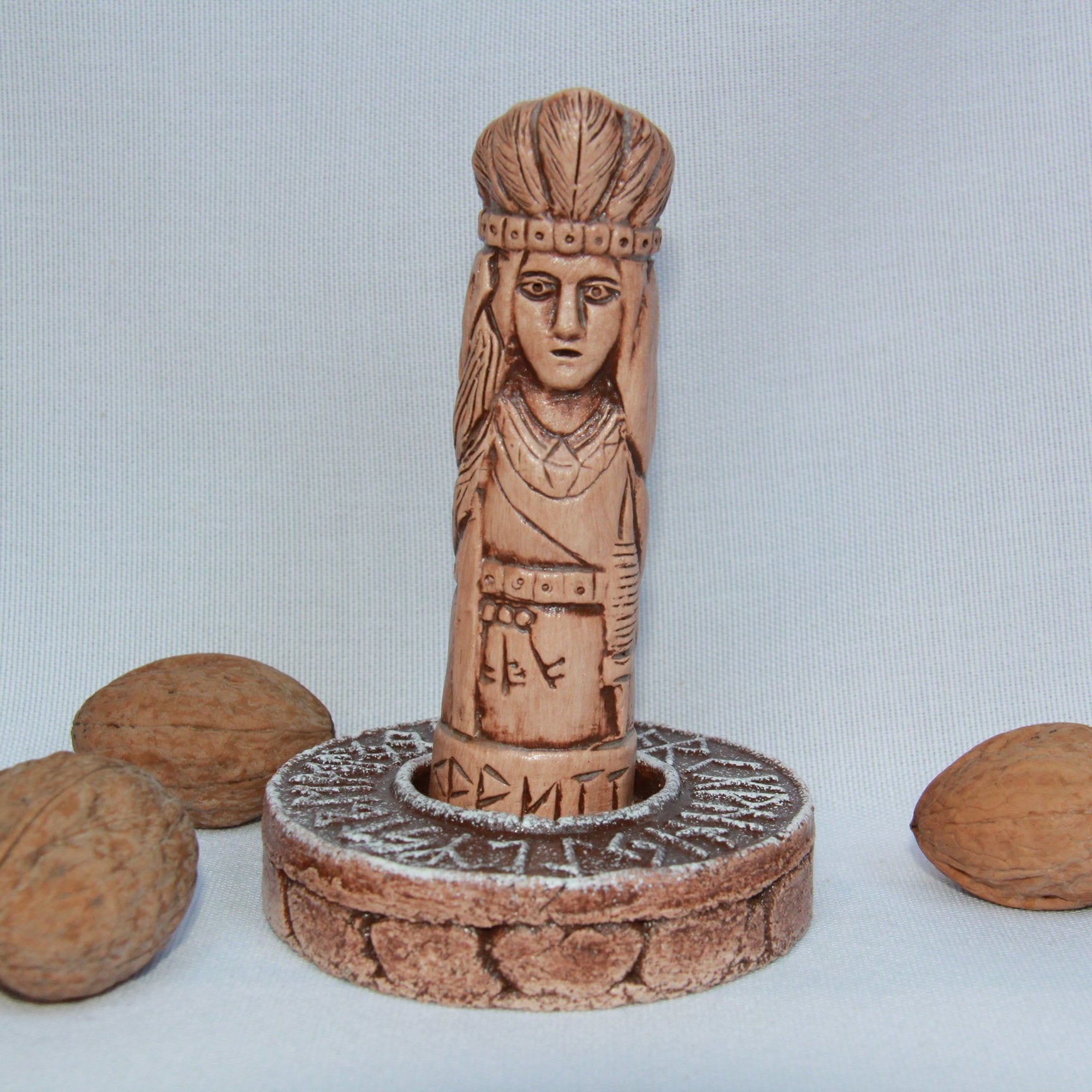 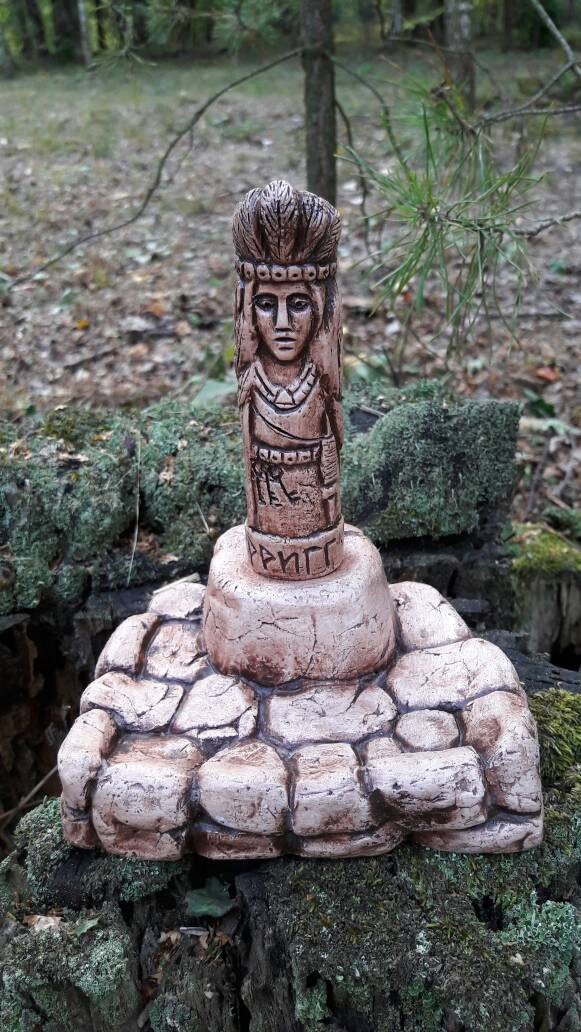 This is a small 10cm handcrafted statue of Frigg. It can be ordered alone, or in a combination with a sun post or stone post.

In Germanic mythology, Frigg (Old Norse),Frija (Old High German), Frea (Langobardic), and Frige (Old English) is a goddess. In nearly all sources, she is described as the wife of the god Odin. In Old High German and Old Norse sources, she is also connected with the goddess Fulla. The English weekday nameFriday (etymologically Old English "Frīge's day") bears her name.

Frigg is described as a goddess associated with foreknowledge and wisdom in Norse mythology, the northernmost branch of Germanic mythology and most extensively attested. Frigg is the wife of the major godOdin and dwells in the wetland halls ofFensalir, is famous for her foreknowledge, is associated with the goddesses Fulla, Lofn,Hlín, and Gná, and is ambiguously associated with the Earth, otherwise personified as an apparently separate entity Jörð (Old Norse "Earth"). The children of Frigg and Odin include the gleaming god Baldr. Due to significant thematic overlap, scholars have proposed a particular connection to the goddess Freyja.

After Christianization, mention of Frigg continued to occur in Scandinavian folklore. In modern times, Frigg has appeared in modern popular culture, has been the subject of art, and receives modern veneration in Germanic Neopaganism.