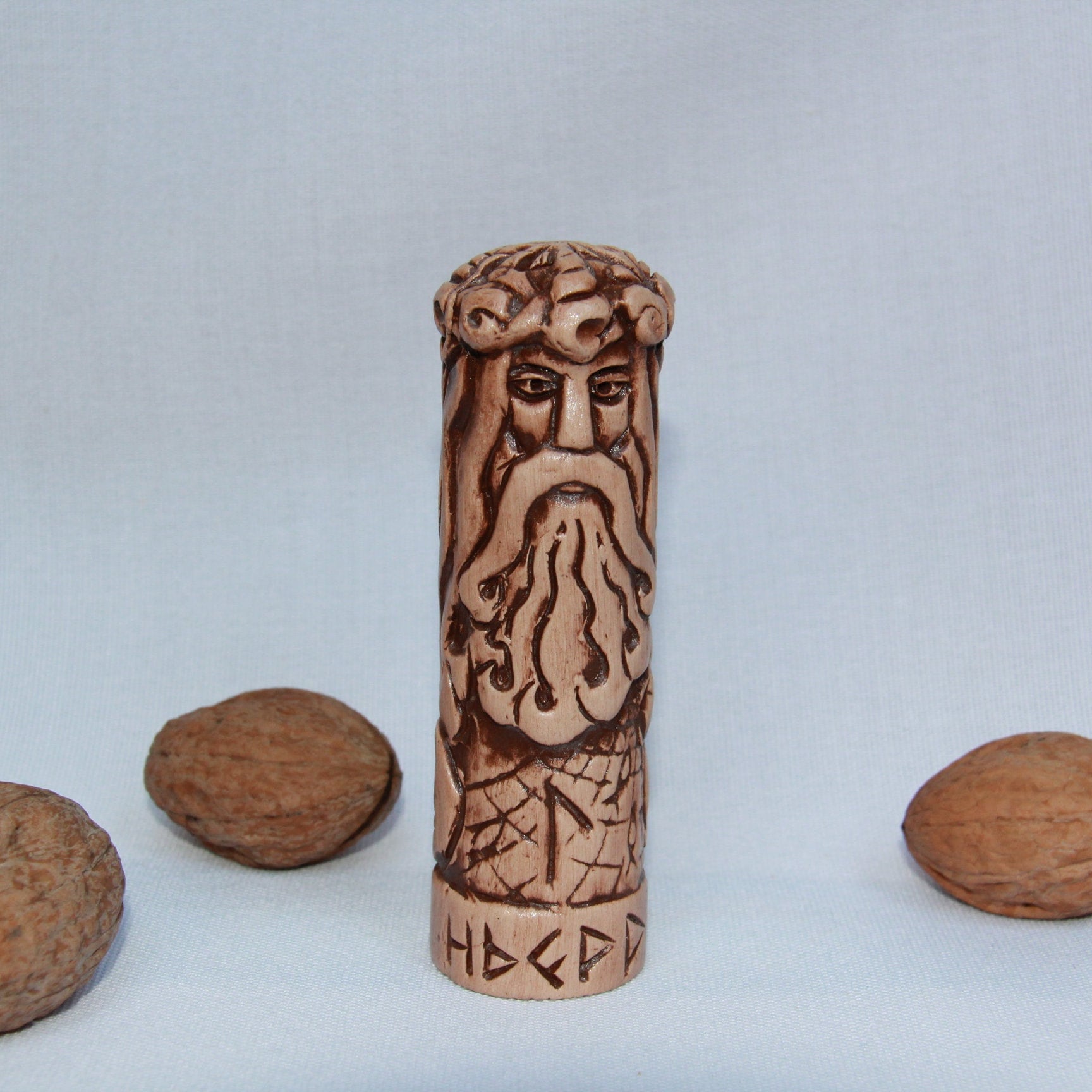 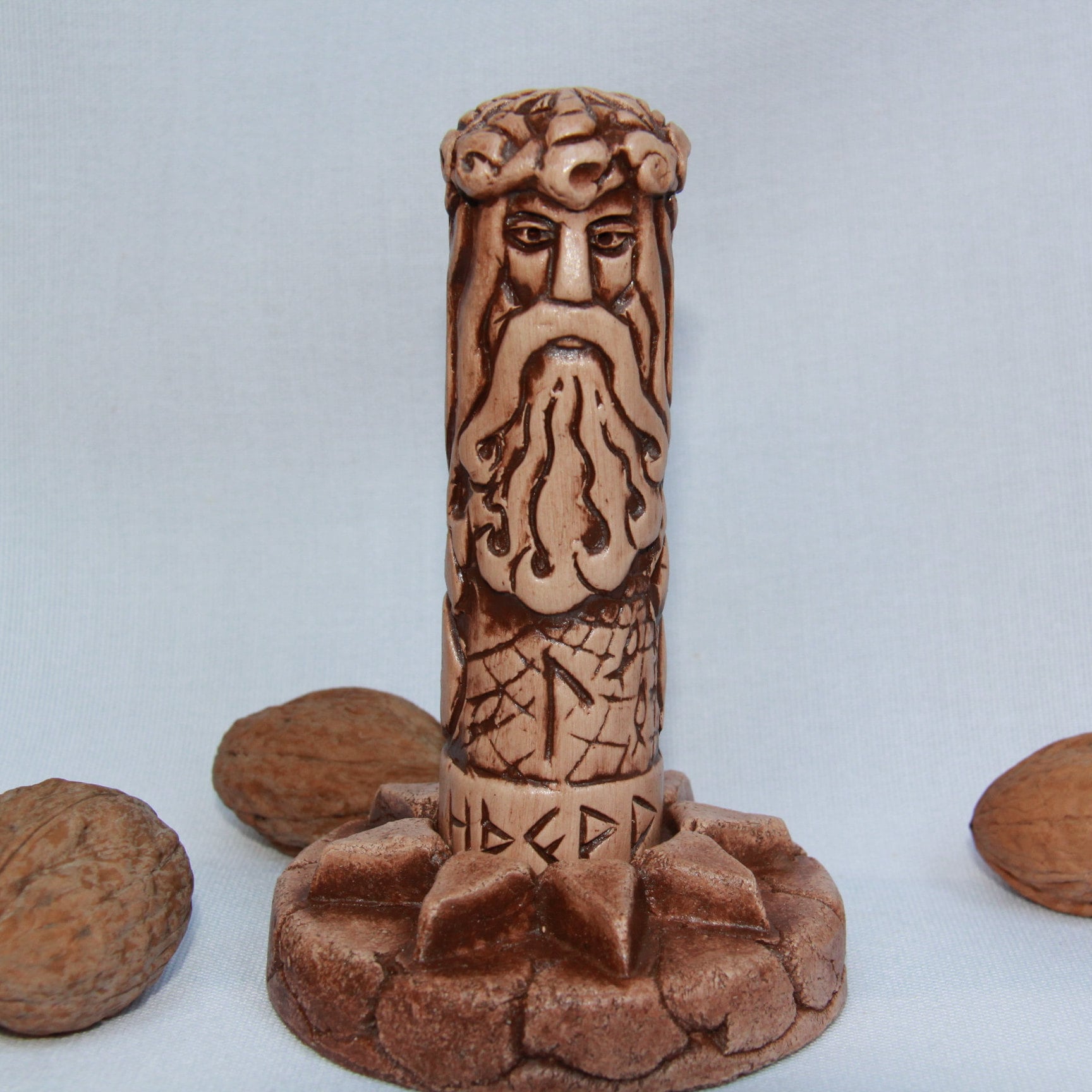 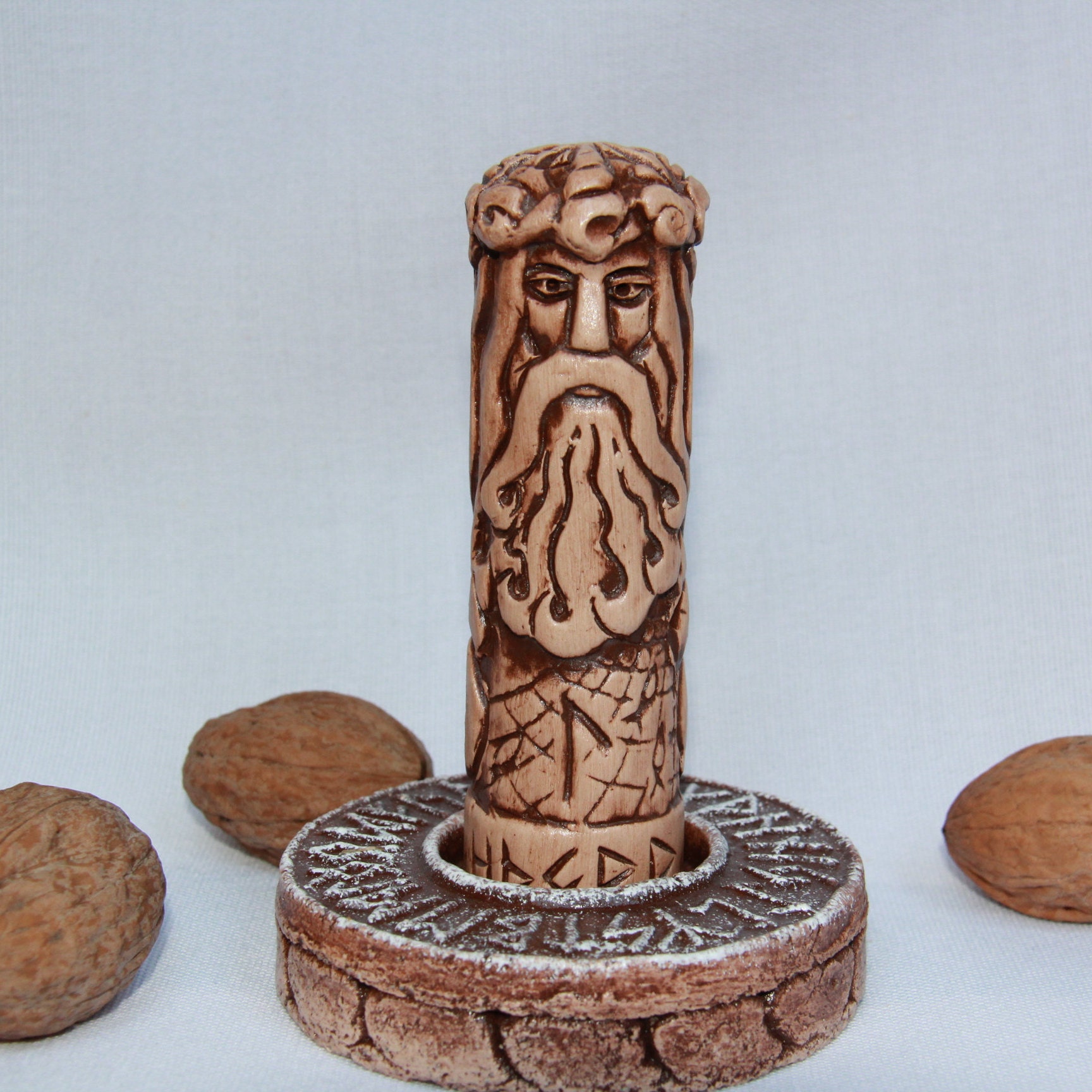 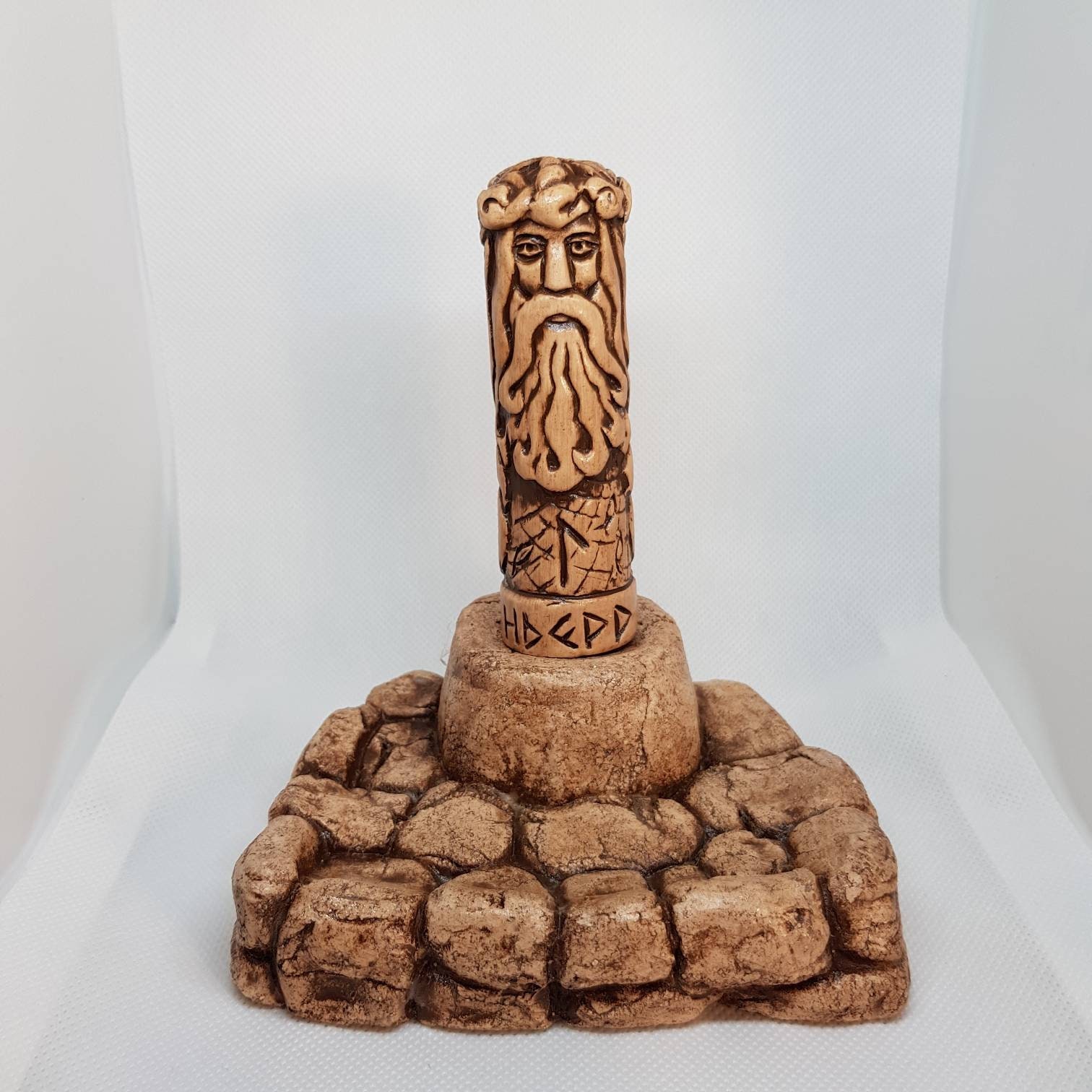 This is a small 10cm tall handcrafted from clay (ceramic) statue of Njord. Order it alone or in a combination with a Sun Post or a Stone Post.

In Norse mythology, Njörðr is a deity among the Vanir. Njörðr, father of the deities Freyr and Freyja by his unnamed sister, was in an ill-fated marriage with the female deity Skaði, lives in Nóatún and is associated with sea, seafaring, wind, fishing, wealth, and crop fertility.

Njörðr has been the subject of an amount of scholarly discourse and theory, often connecting him with the figure of the much earlier attested Germanic female deity Nerthus, the hero Hadingus, and theorizing on his formerly more prominent place in Norse paganism due to the appearance of his name in numerous place names. Njörðr is sometimes modernly anglicized as Njord,Njoerd, or Njorth.

Beautiful work as always! Thanks again.