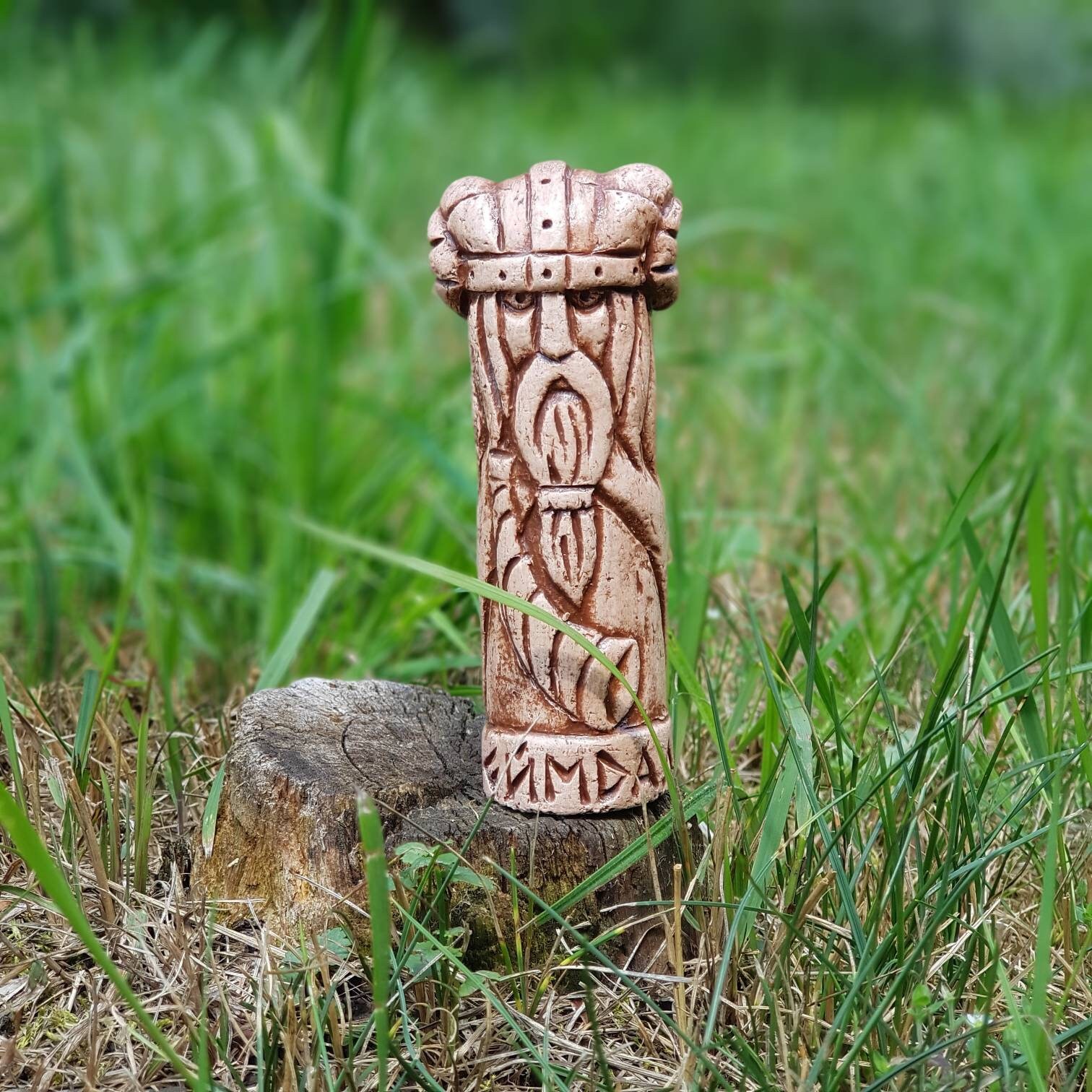 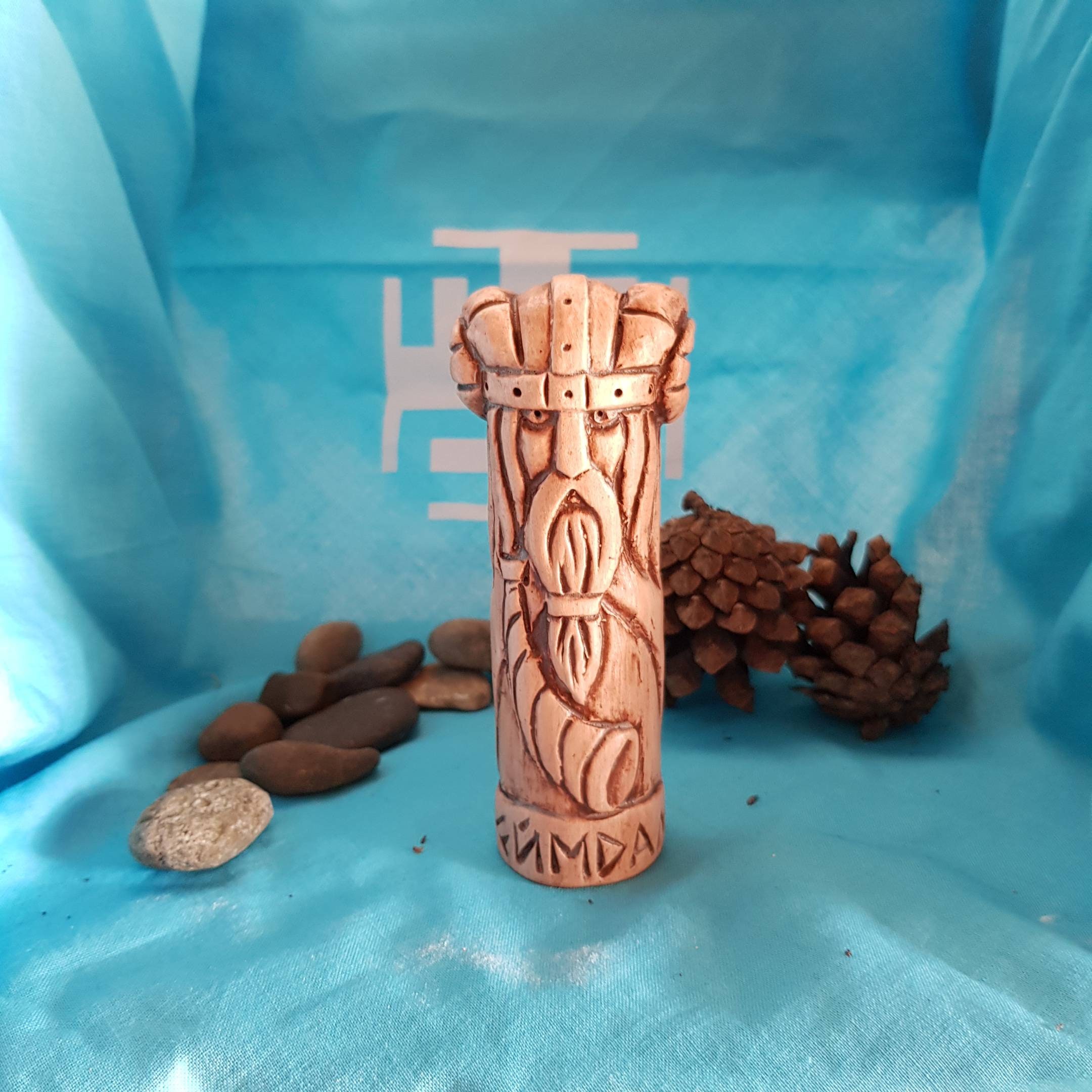 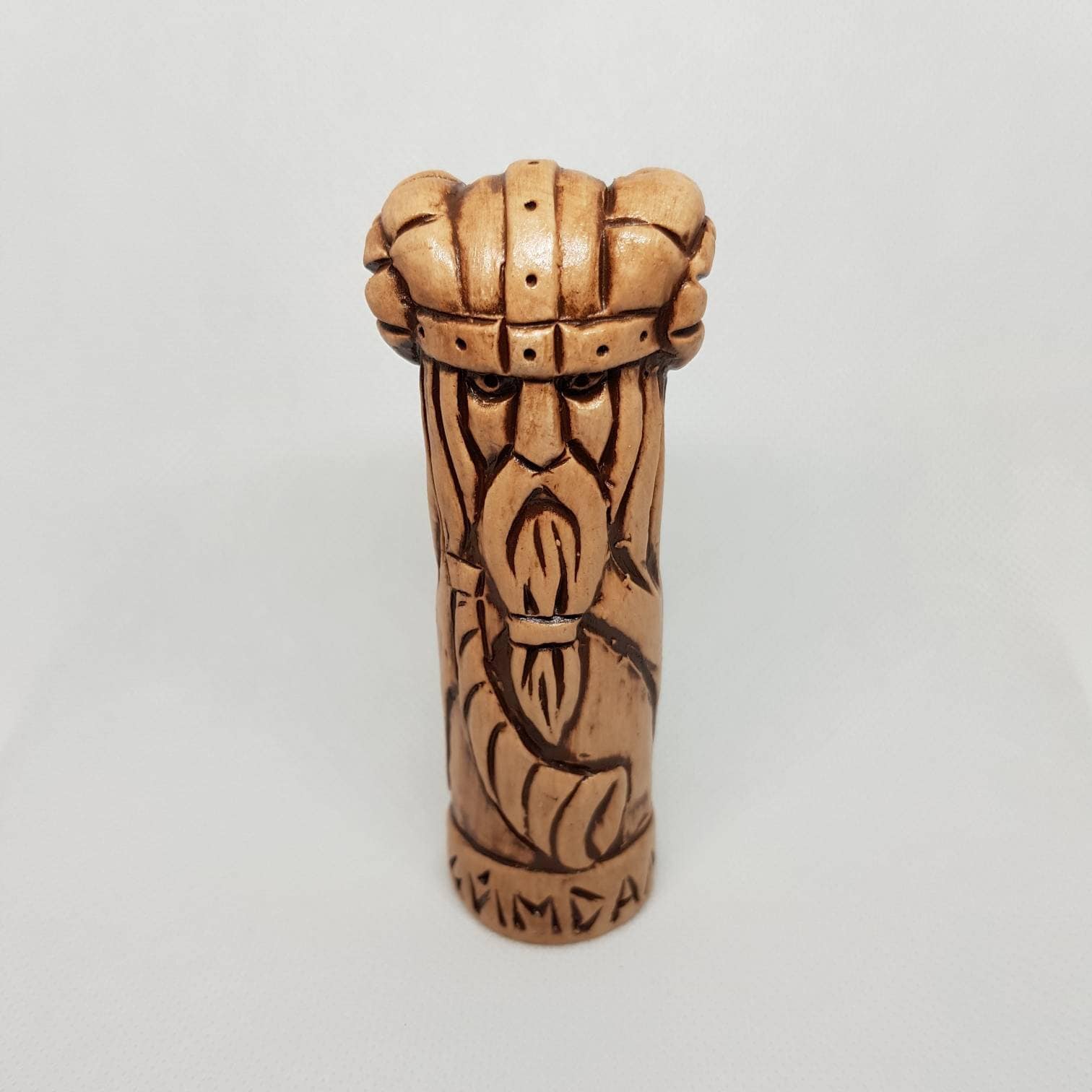 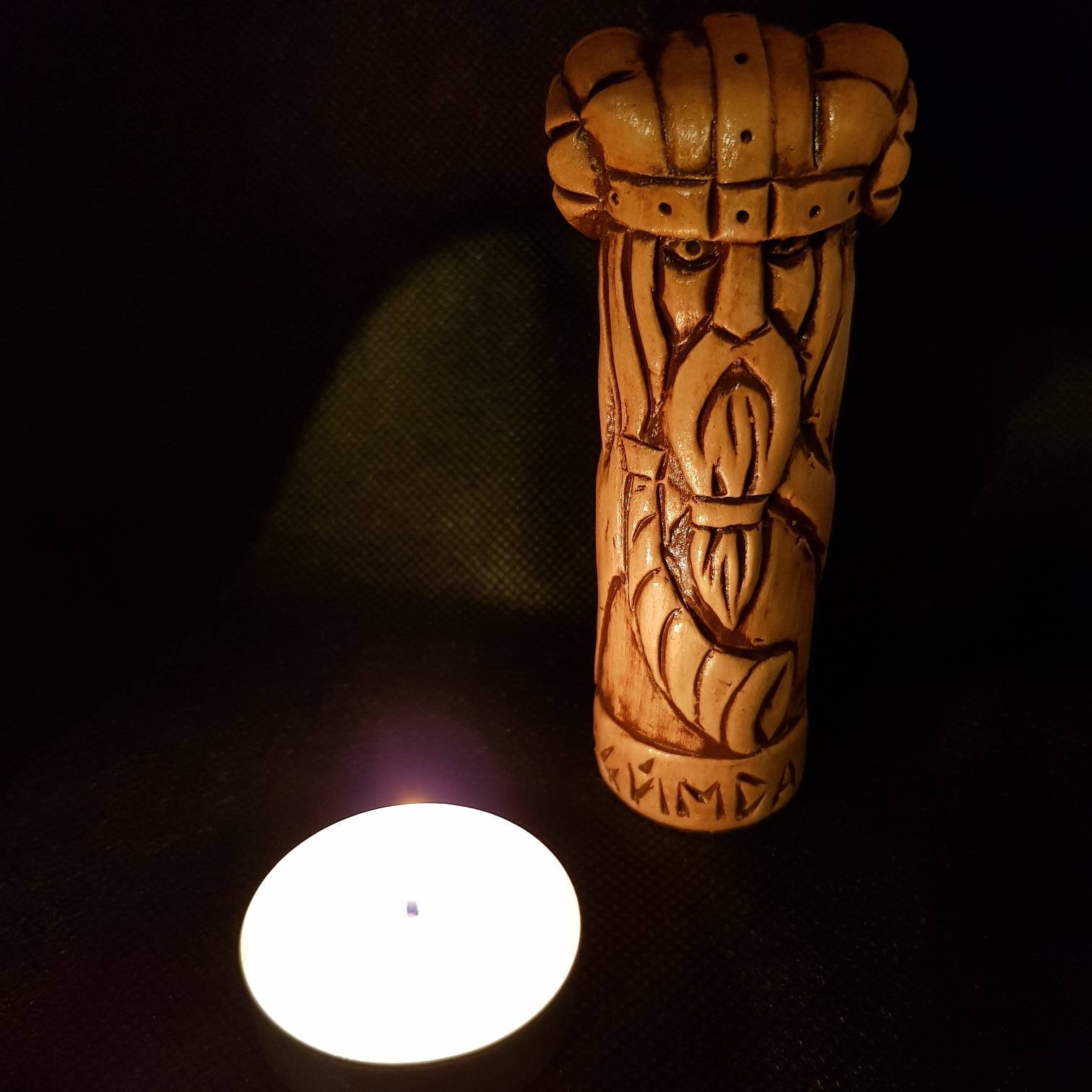 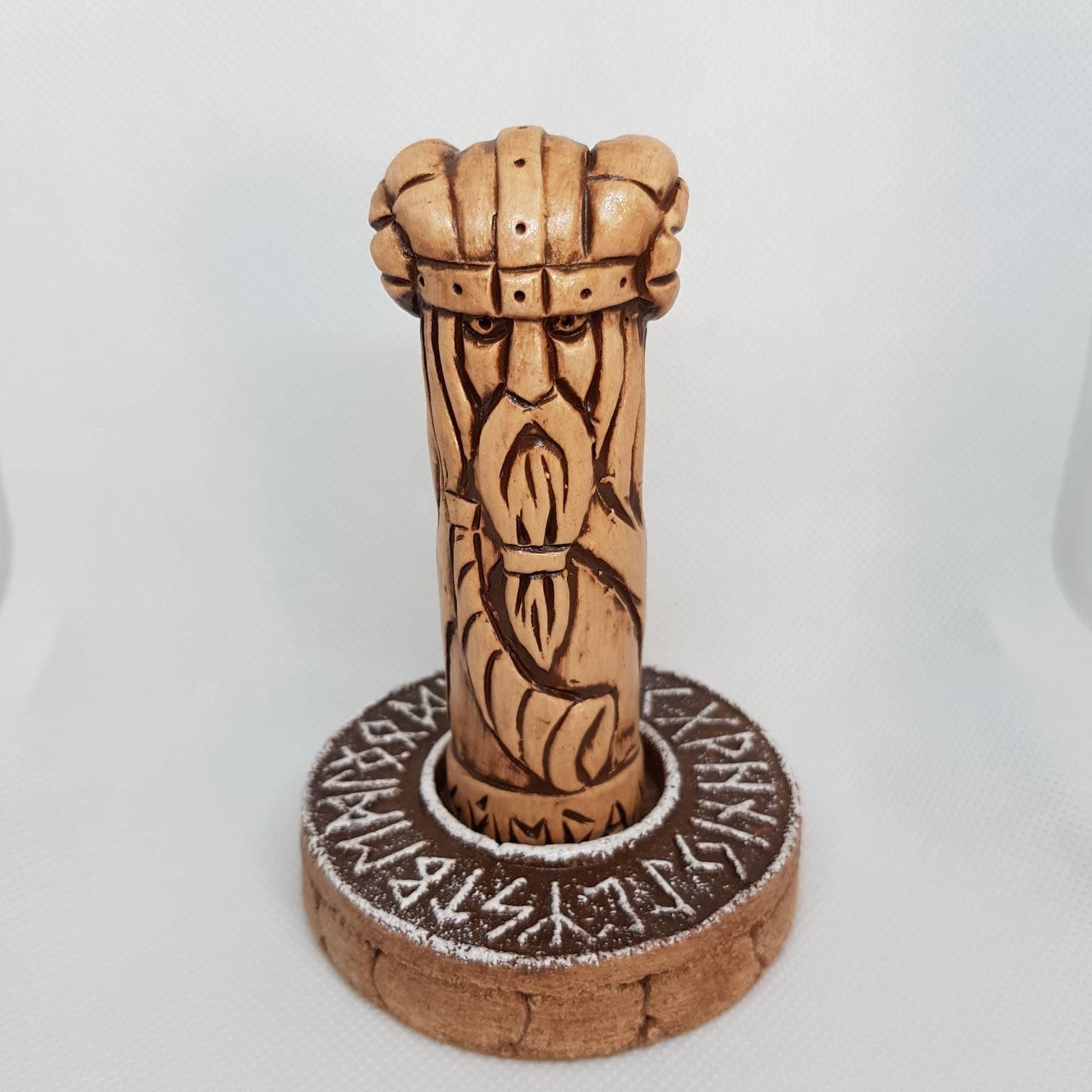 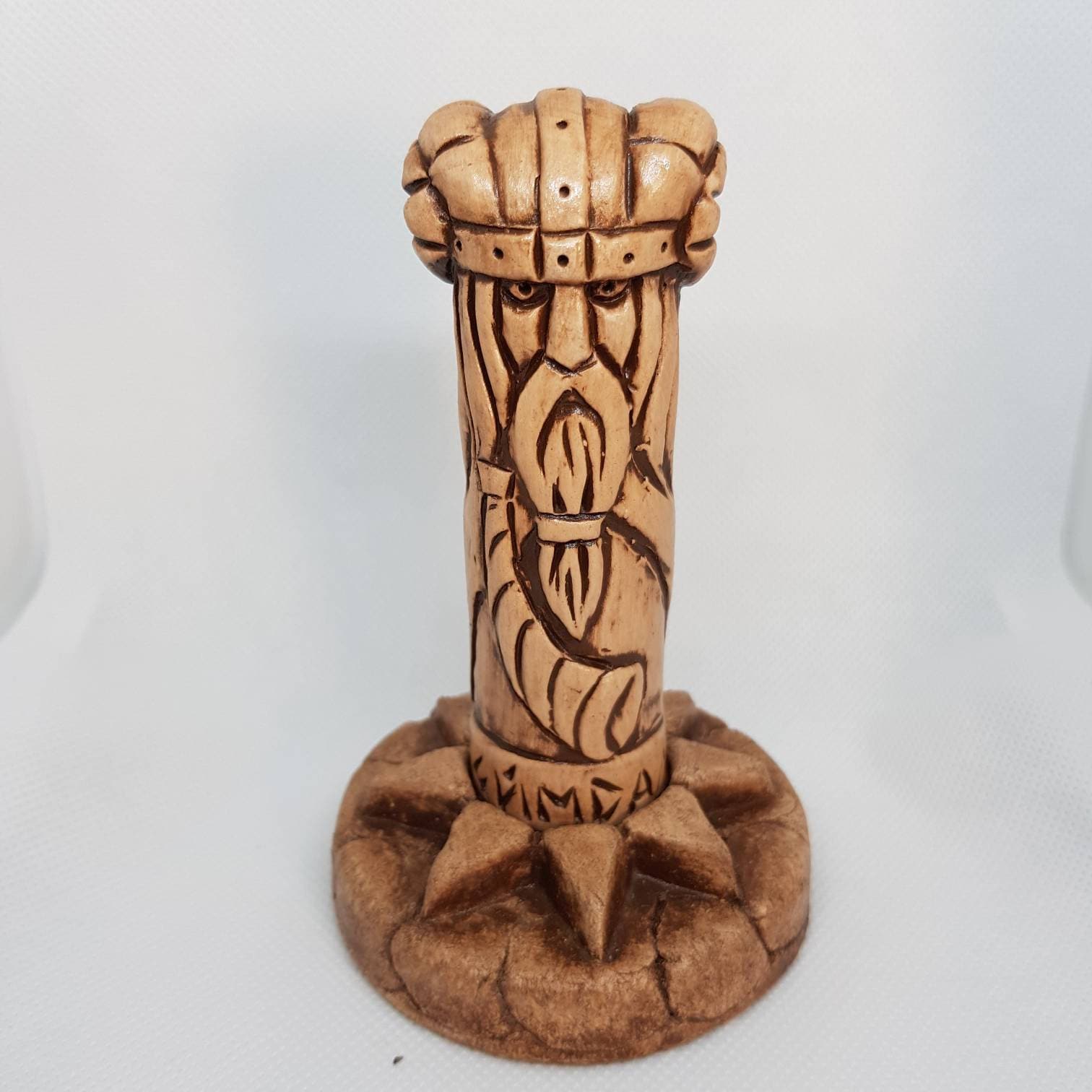 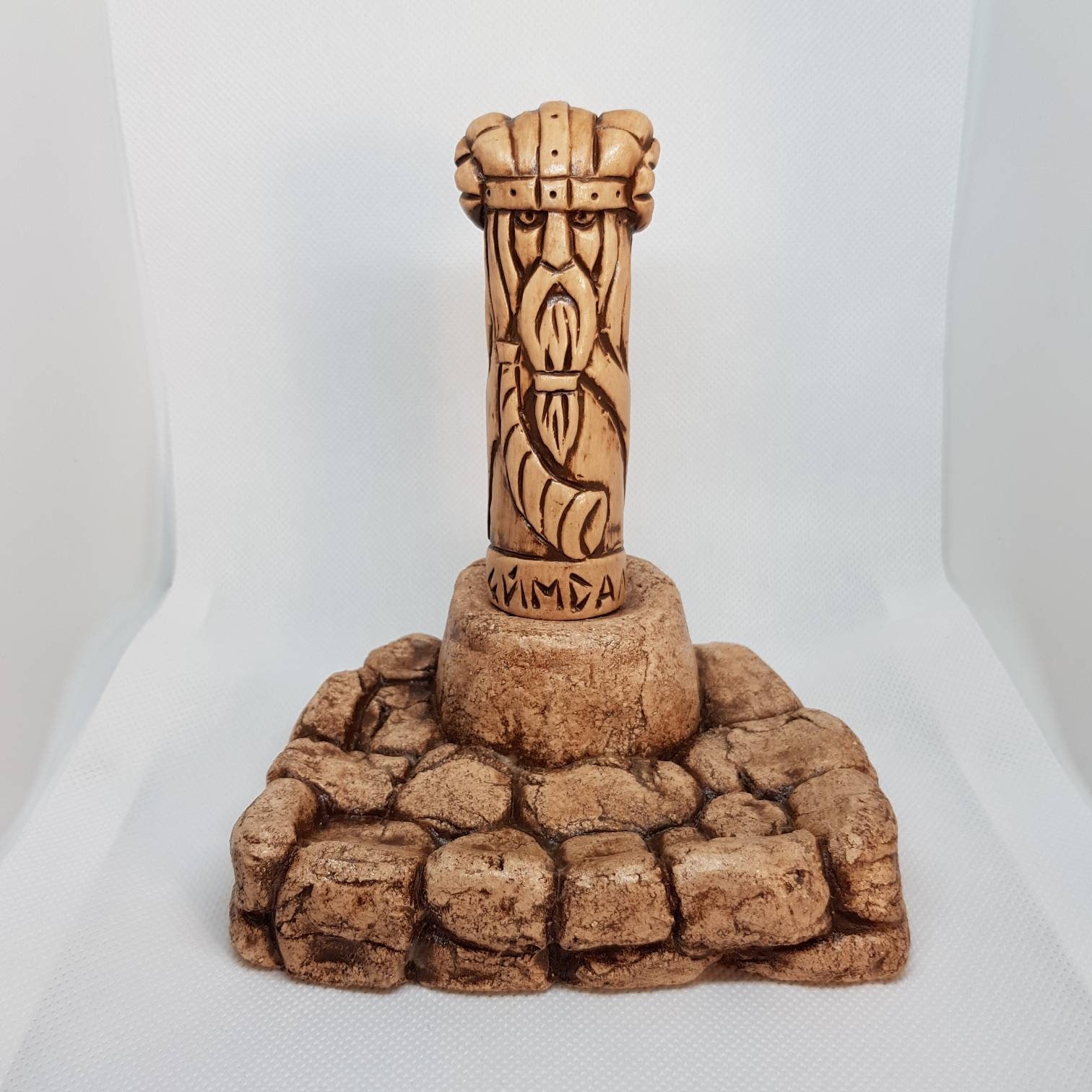 This is a small 10cm tall handcrafted from clay (ceramic) statue of Heimdall. Order it alone or in a combination with a Sun Post or a Stone Post.

In Norse mythology, Heimdallr is a deity who possesses the resounding horn Gjallarhorn, owns the golden-maned horse Gulltoppr, has gold teeth, and is the son of Nine Mothers. Heimdallr is attested as possessing foreknowledge, keen eyesight and hearing, is described as "the whitest of the deities" and keeps watch for the onset of Ragnarök while drinking fine mead in his dwelling Himinbjörg, located where the burning rainbow bridge Bifröst meets heaven. Heimdallr is said to be the originator of social classes among humanity and once regained Freyja's treasured possession Brísingamen while doing battle in the shape of a seal with Loki. Heimdallr and Loki are foretold to kill one another during the events of Ragnarök. Heimdallr is additionally referred to as Rig, Hallinskiði, Gullintanni, and Vindlér orVindhlér.

Heimdallr is attested in the Poetic Edda, compiled in the 13th century from earlier traditional material; in the Prose Edda and Heimskringla, both written in the 13th century by Snorri Sturluson; in the poetry of skalds; and on an Old Norse runic inscription found in England. Two lines of an otherwise lost poem about the deity, Heimdalargaldr, survive. Due to the problematic and enigmatic nature of these attestations, scholars have produced various theories about the nature of the deity, including his apparent relation to rams, that he may be a personification of or connected to the world tree Yggdrasil, and potential Indo-European cognates.

Excellent detail and perfect size for my altar!