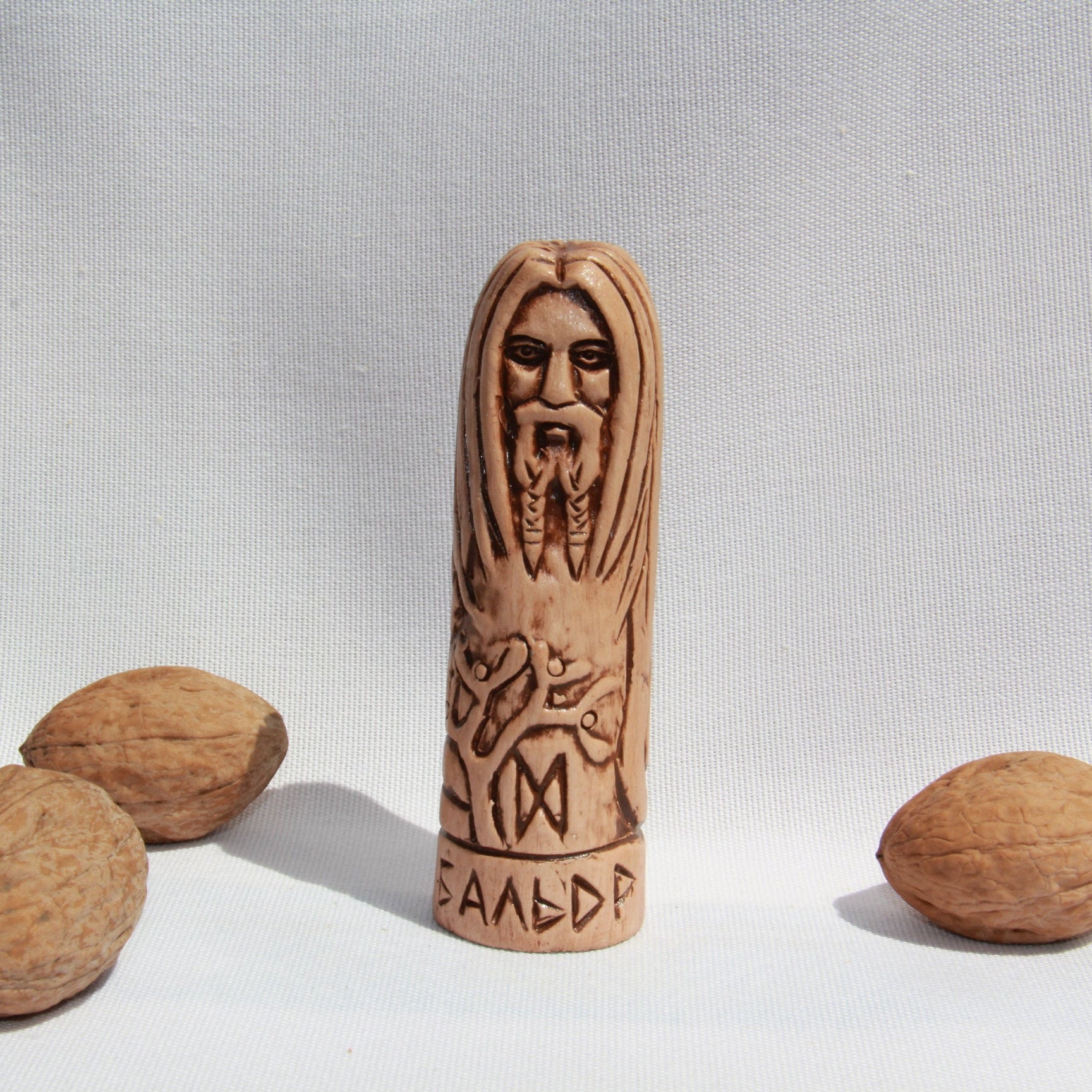 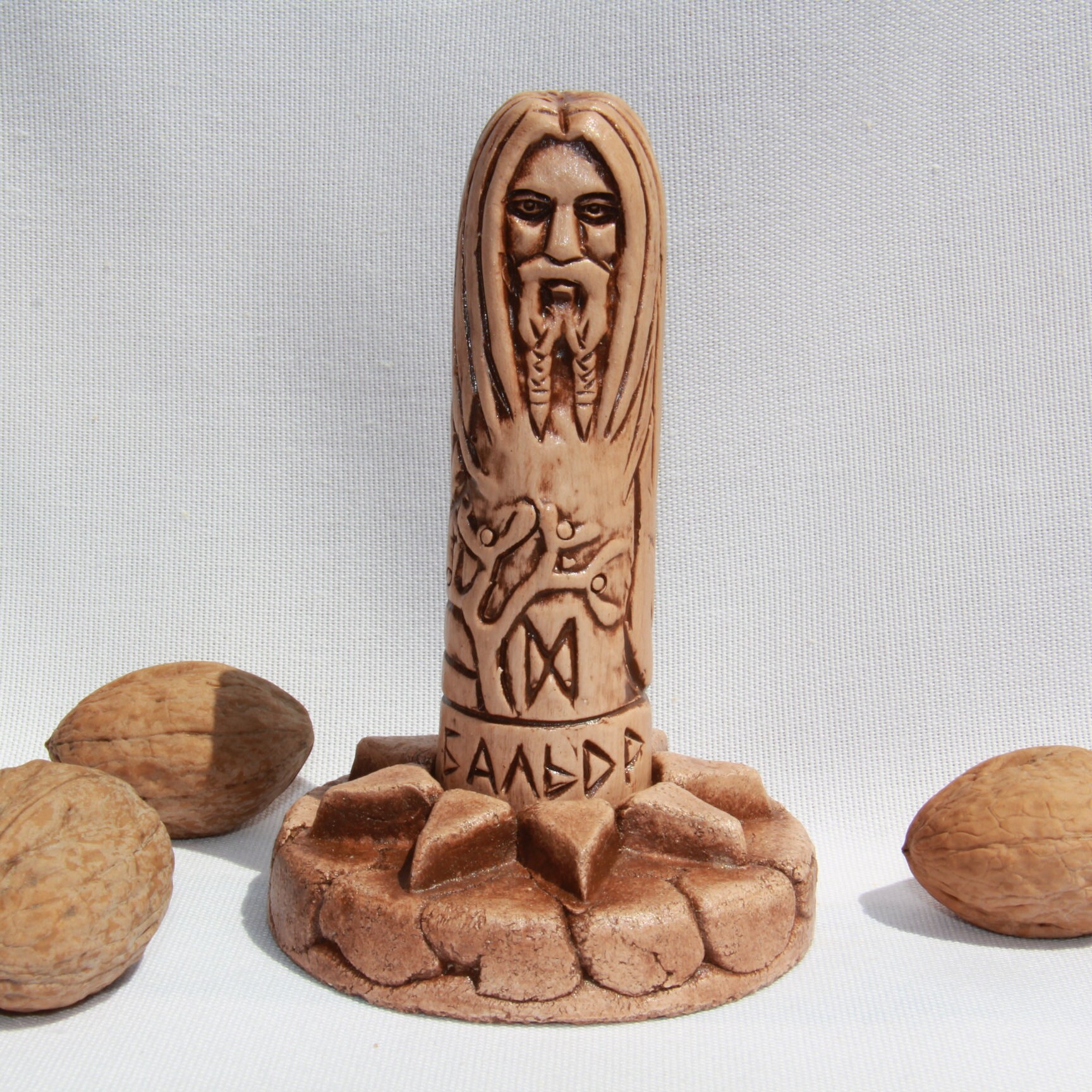 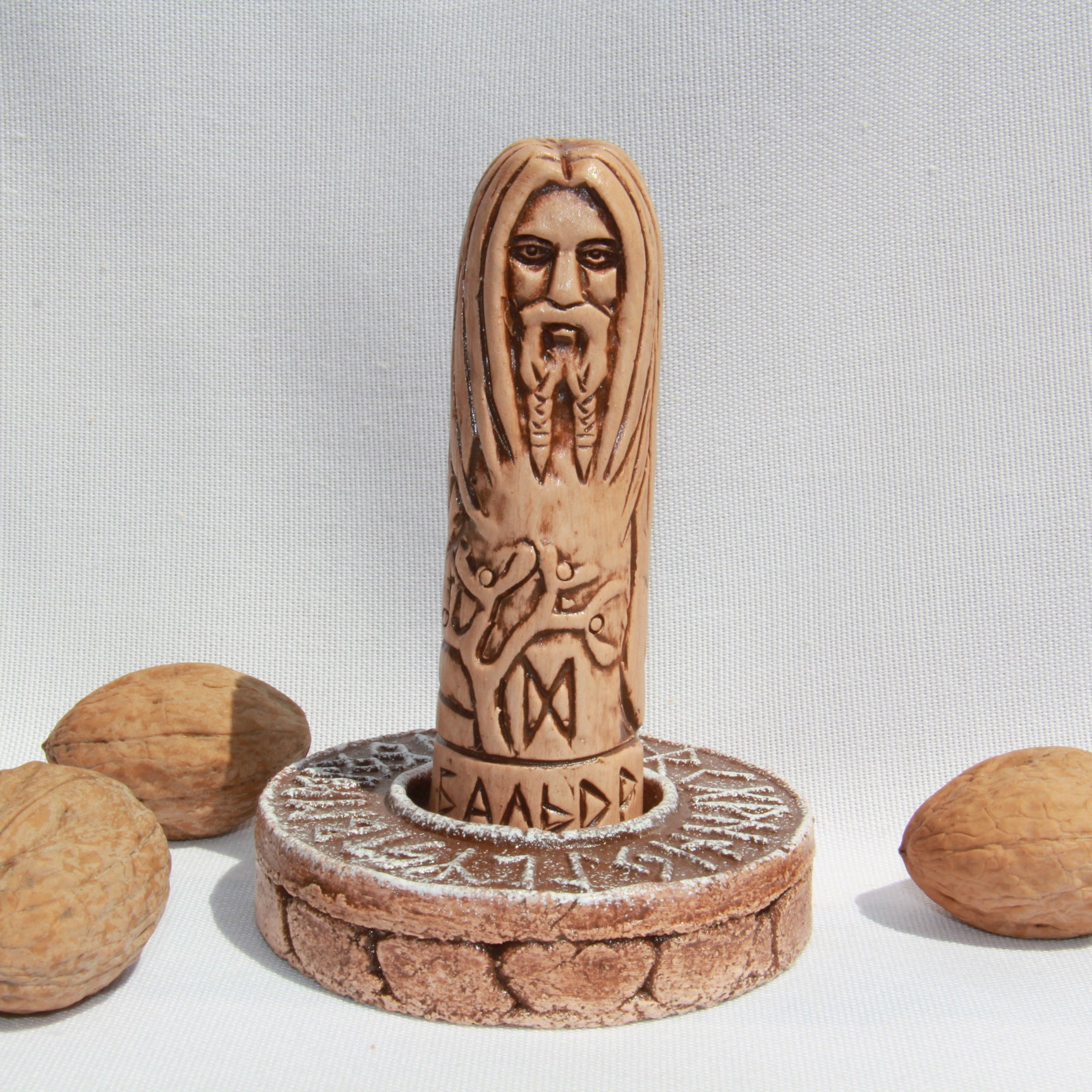 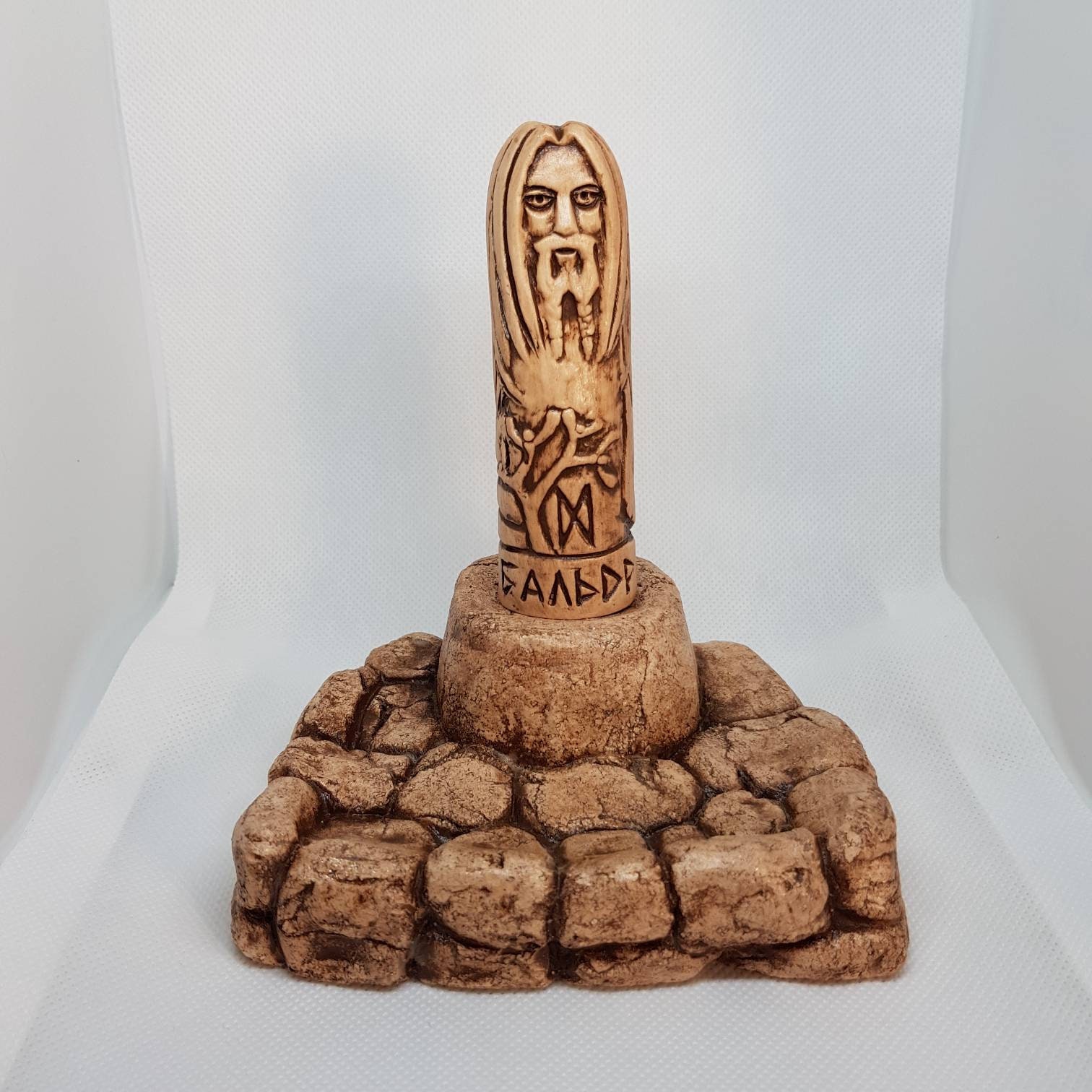 This is a small 10cm tall handcrafted from clay (ceramic) statue of Baldr. Order it alone or in a combination with a Sun Post or a Stone Post.

Baldr (also Balder, Baldur) is a deity in Norse mythology, who is given a central role in the mythology. Despite this his precise function is rather disputed. He is often interpreted as the deity of love, peace, forgiveness, justice, light or purity, but was not directly attested as a deity of such.

He is the second son of Odin and Frigg. His twin brother is the blind deity Höðr.

Arrived today and, as usual, is artistic, inspiring, and elegant.

This is the second item purchased from the seller. Quick shipping and great craftsmanship.

As always, beautiful work and a great addition to my altar.