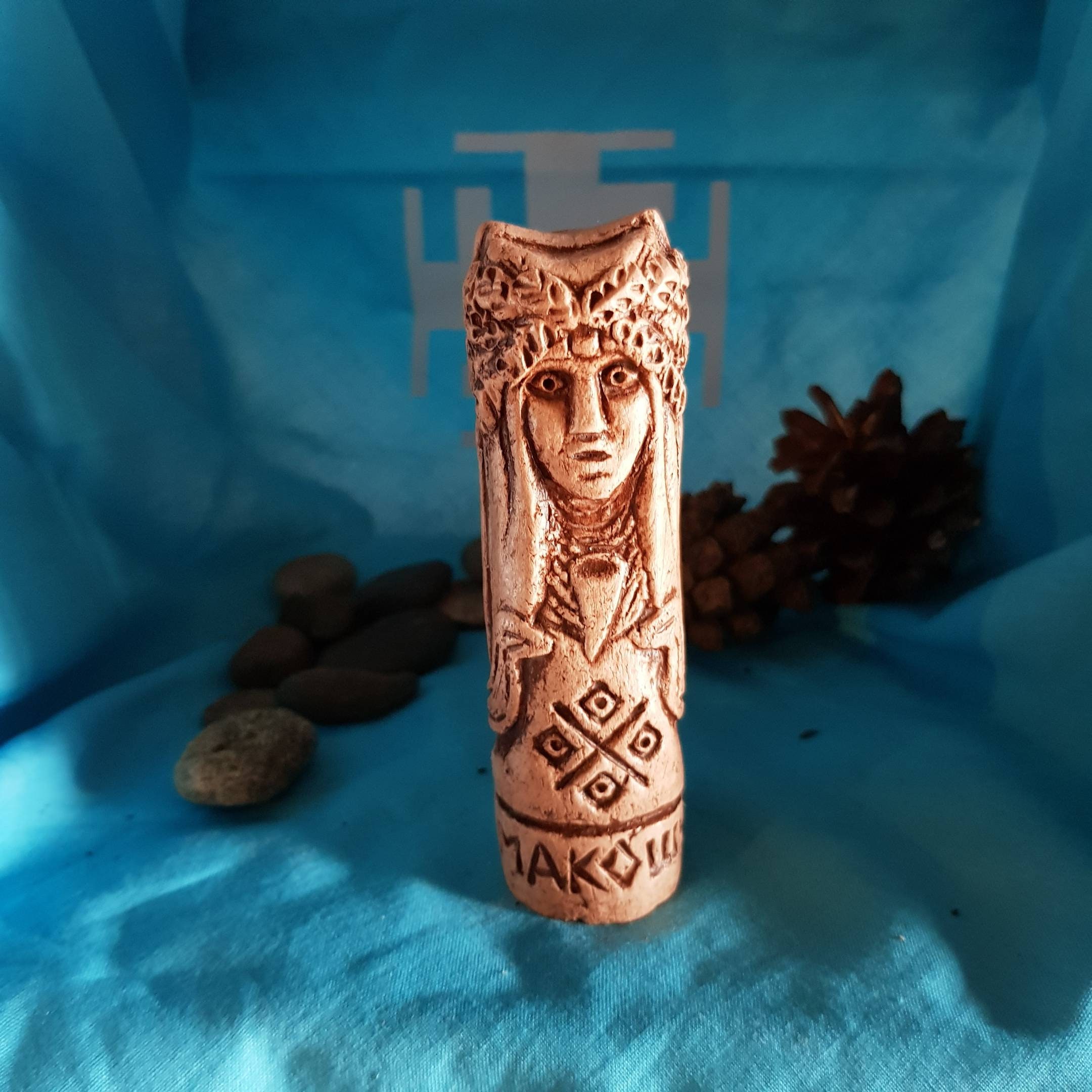 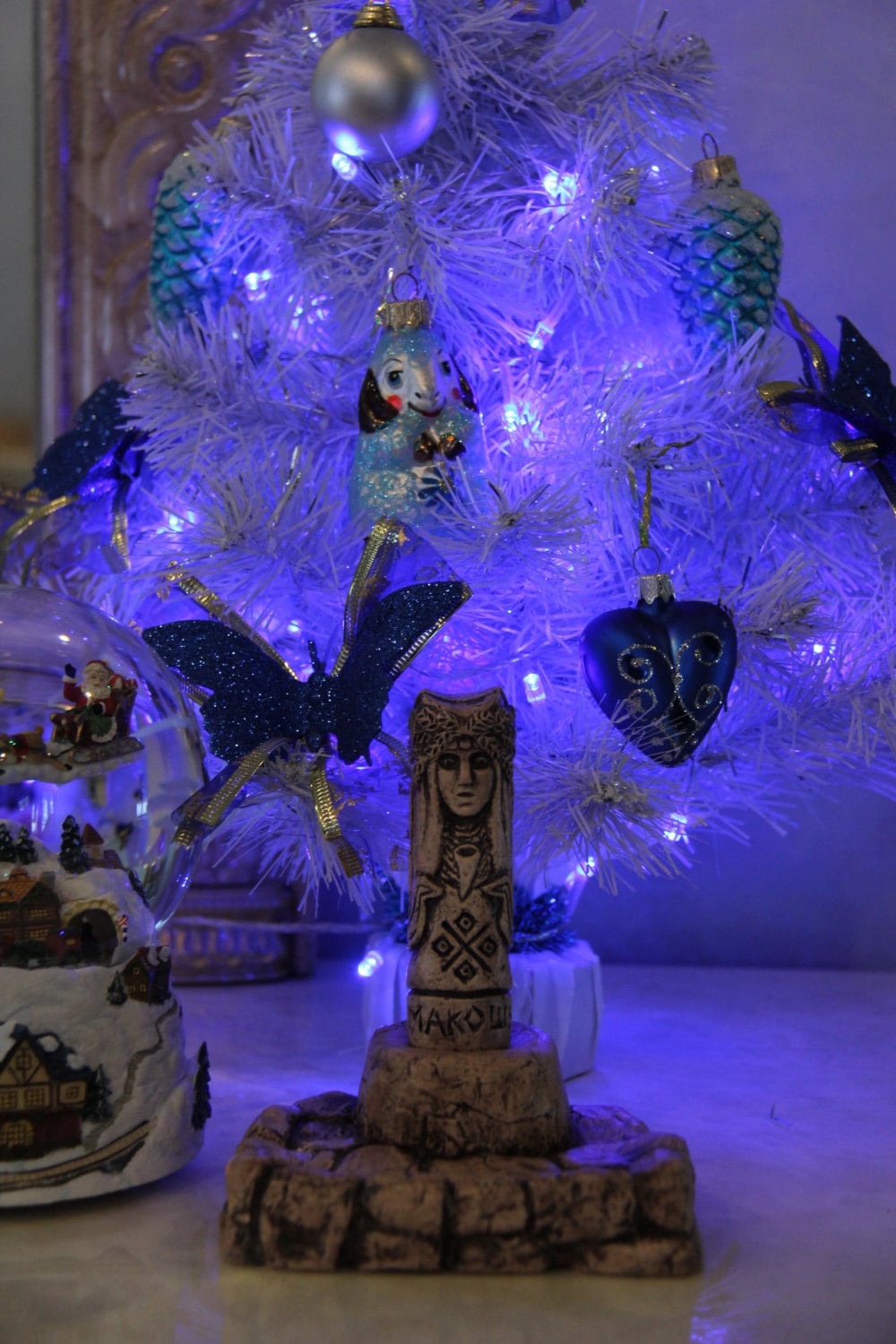 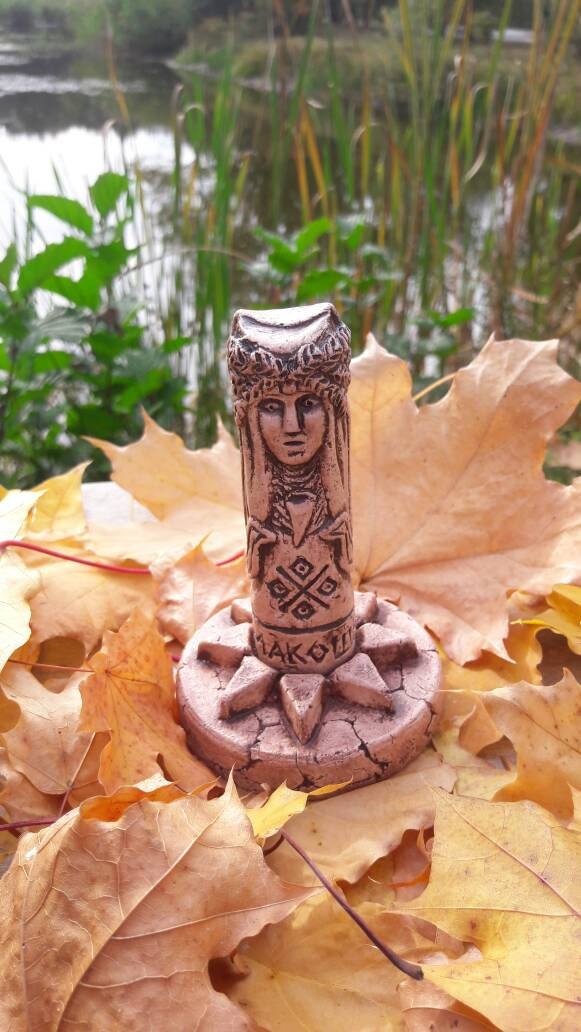 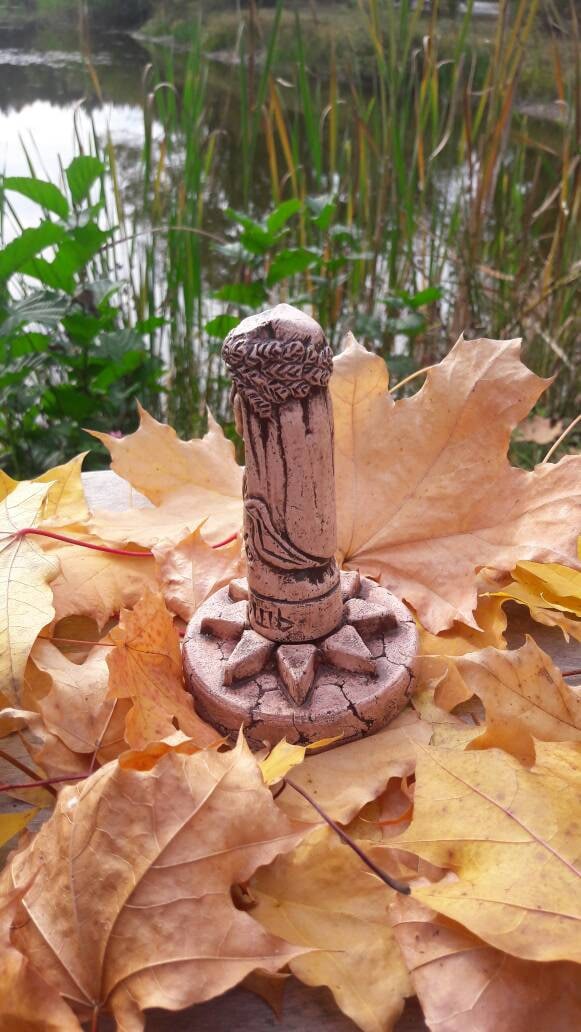 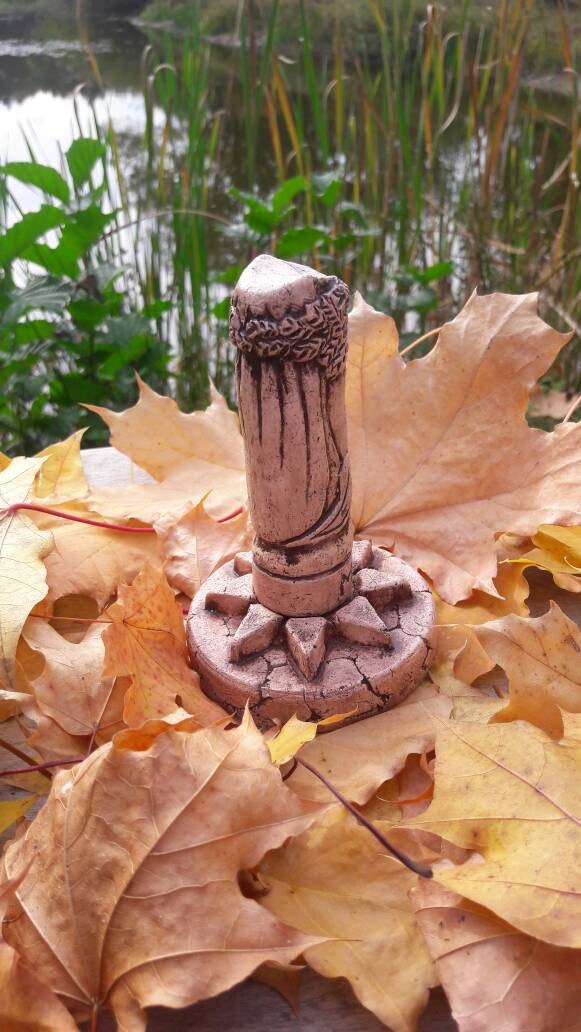 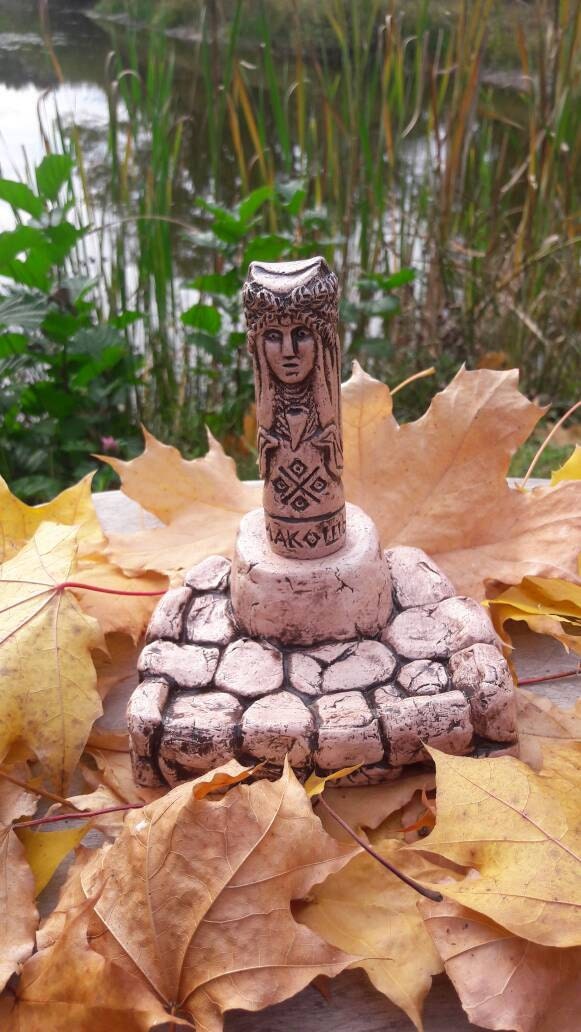 Statue of Makosh the Mother Deity

This is a small 10cm tall handcrafted from clay (ceramic) statue of Makosh. Order it alone or in a combination with a Sun Post or a Stone Post.

Makosh is a female deity of destiny. But it was not a destiny in a modern understanding of the word. The historian of 6 centuries named Procopius wrote about Slavs: "They do not know destiny and do not recognise that the destiny influences people”. The destiny for Slavs was something like good luck, a fortune and a chain of casual events. Slavic destiny never turned to fate.

Slavs thought that Makosh spins destiny, and therefore represented her as the antropomorphic being behind a weaving loom.

Some scientists believe that the the link between Makosh and fertility was shown also in the identification of her with the Earth. According to this version the name Makosh occurred from mokr- (wet) which is the characteristic of the fertile earth. However according to the other version the word Makosh has occurred from two words: ma- (Mother), and kosh (lot, fate). According to this theory it turns out that the name Makosh is translated as Mother Destiny.

Makosh was especially esteemed by married women. Giving rise to children, they showed their natural quality – fertility, so they likened to Makosh. Sitting by a weaving loom decorated with solar symbolics, women with the help of Makosh weaved such things which could help to bring good luck and gifts of destiny to those who carried them.

Not exactly the same as was shown online, but still very nice!