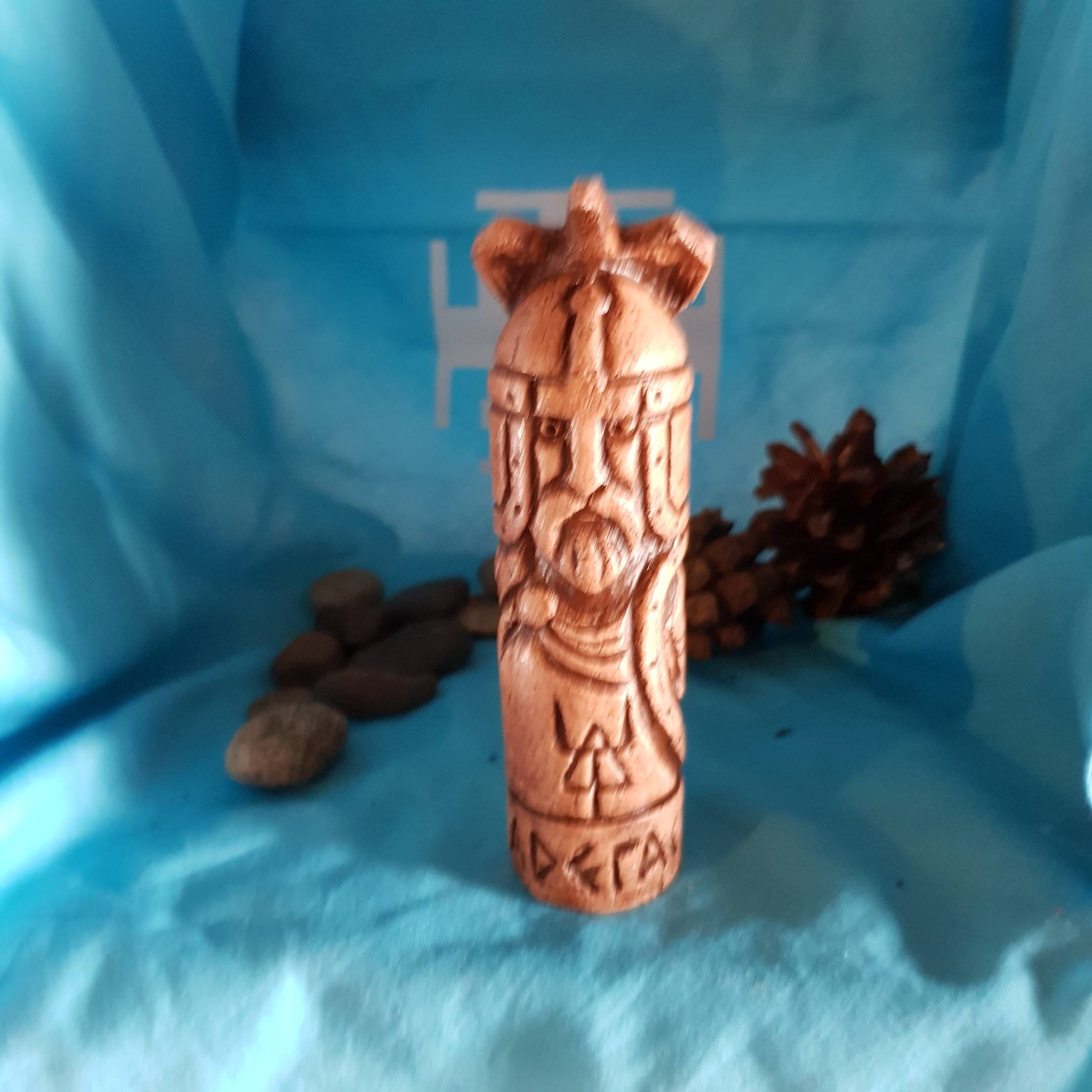 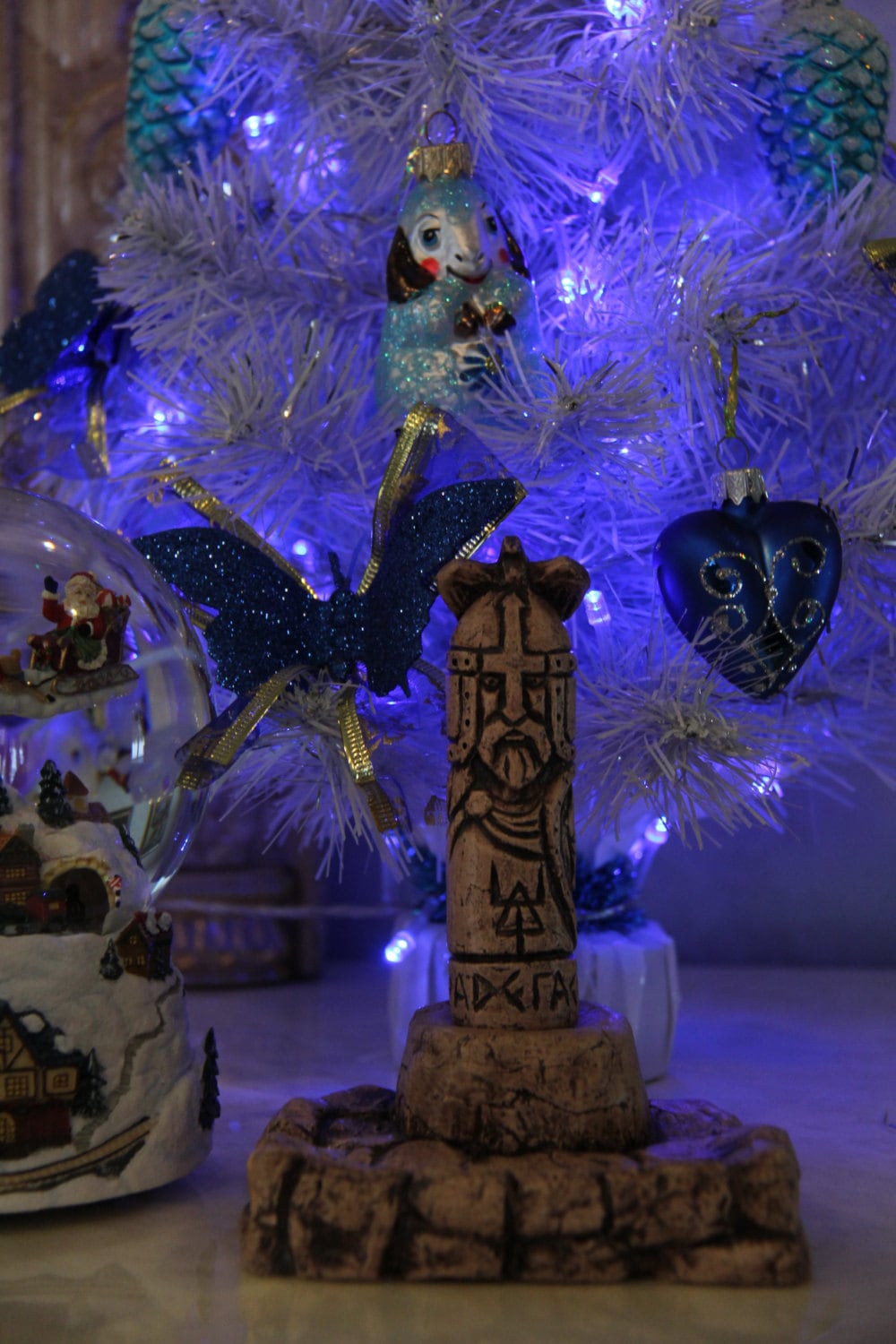 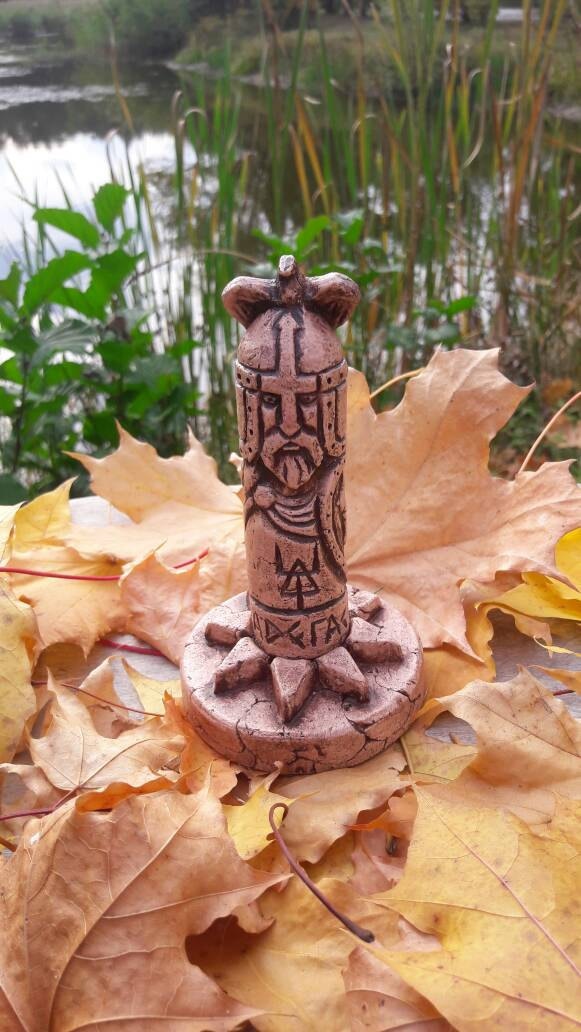 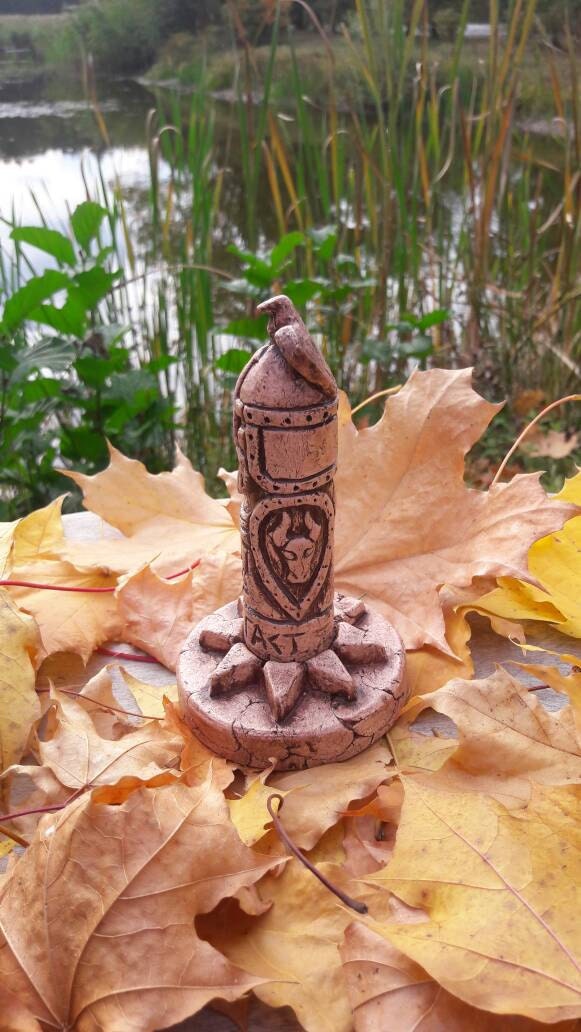 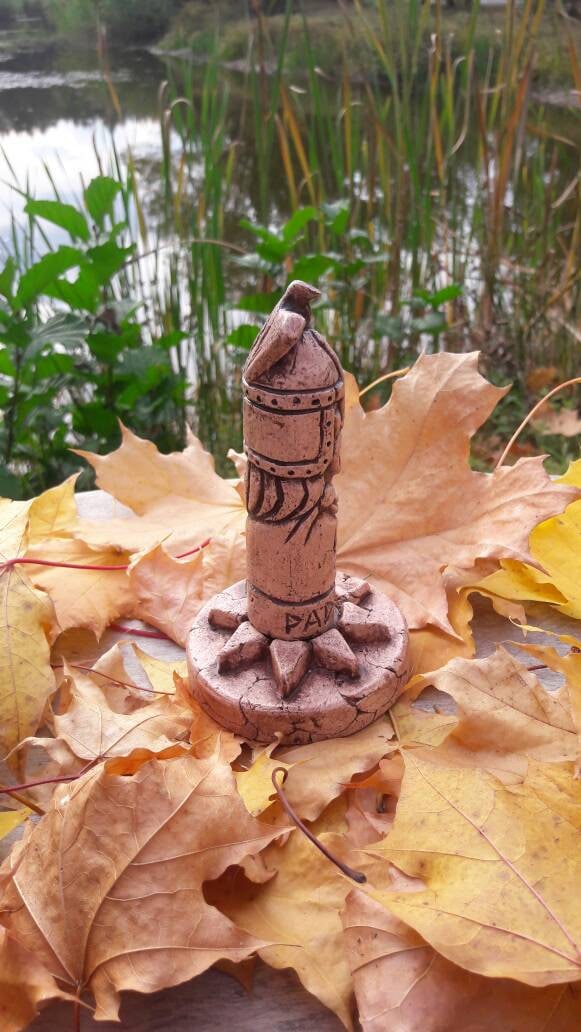 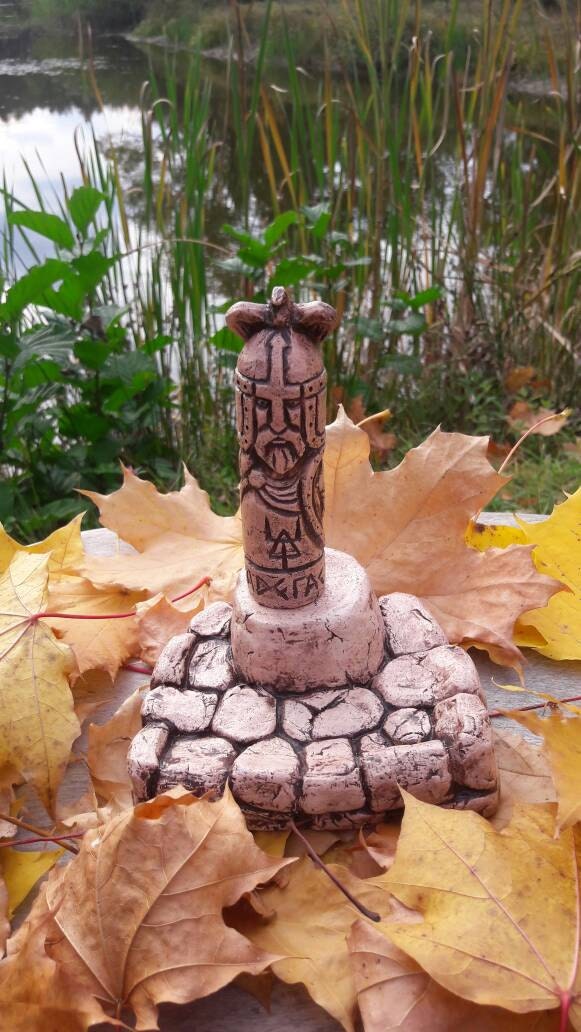 This is a small 10cm tall handcrafted from clay (ceramic) statue of Radegast. Order it alone or in a combination with a Sun Post or a Stone Post.

Radegast, also Radigost, Redigast, Riedegostor Radogost is an old, well-documented, deity of Slavic mythology. Since the name can easily be etymologised as meaning something like “Dear guest” or “Gladly guest”, Radegast was proclaimed as the Slavic deity of hospitality and as such entered the hypothetical, reconstructed Slavic pantheon of modern days. Even myths concerning him were constructed based on various folk customs of sacred hospitality. Similar customs, however, are known in many Indo-European mythologies without a distinct deity associated explicitly with them. Another possible etymology may be from Slavic "rada" - council, and "gościć", "hostit", "goszczący" - to host, Radogost being the name of the council or assembly host, leader, or speaker, and one of the attributes of the deity. This view could be supported by the political role Radegast temple played in the life of West Slavic tribes. According to some literary sources He is also the deity of war, night, fire and the evening sky. He likes to invite to the banquets, is completely black and is armed with a spear and helmet.

Very happy with how this looks in person!