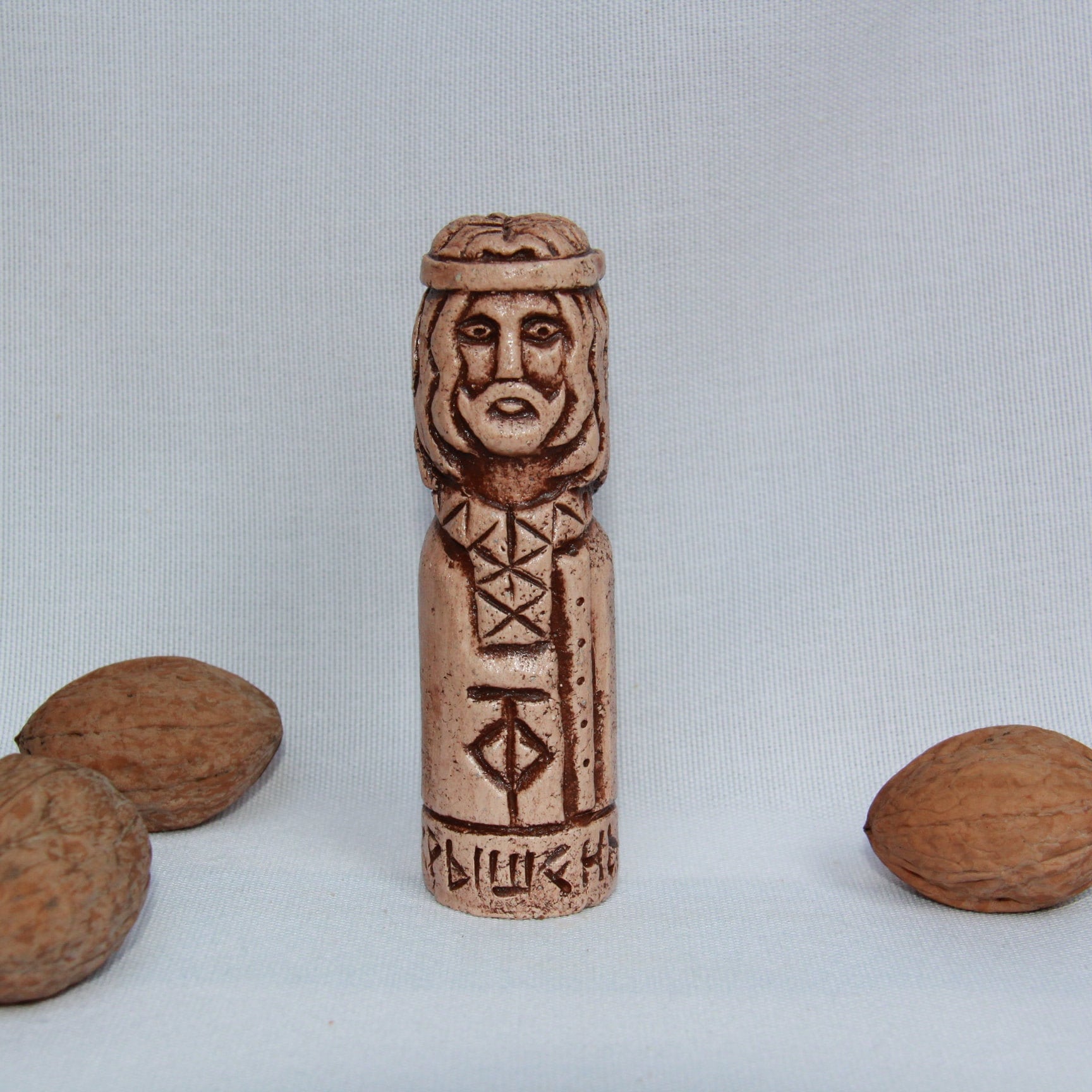 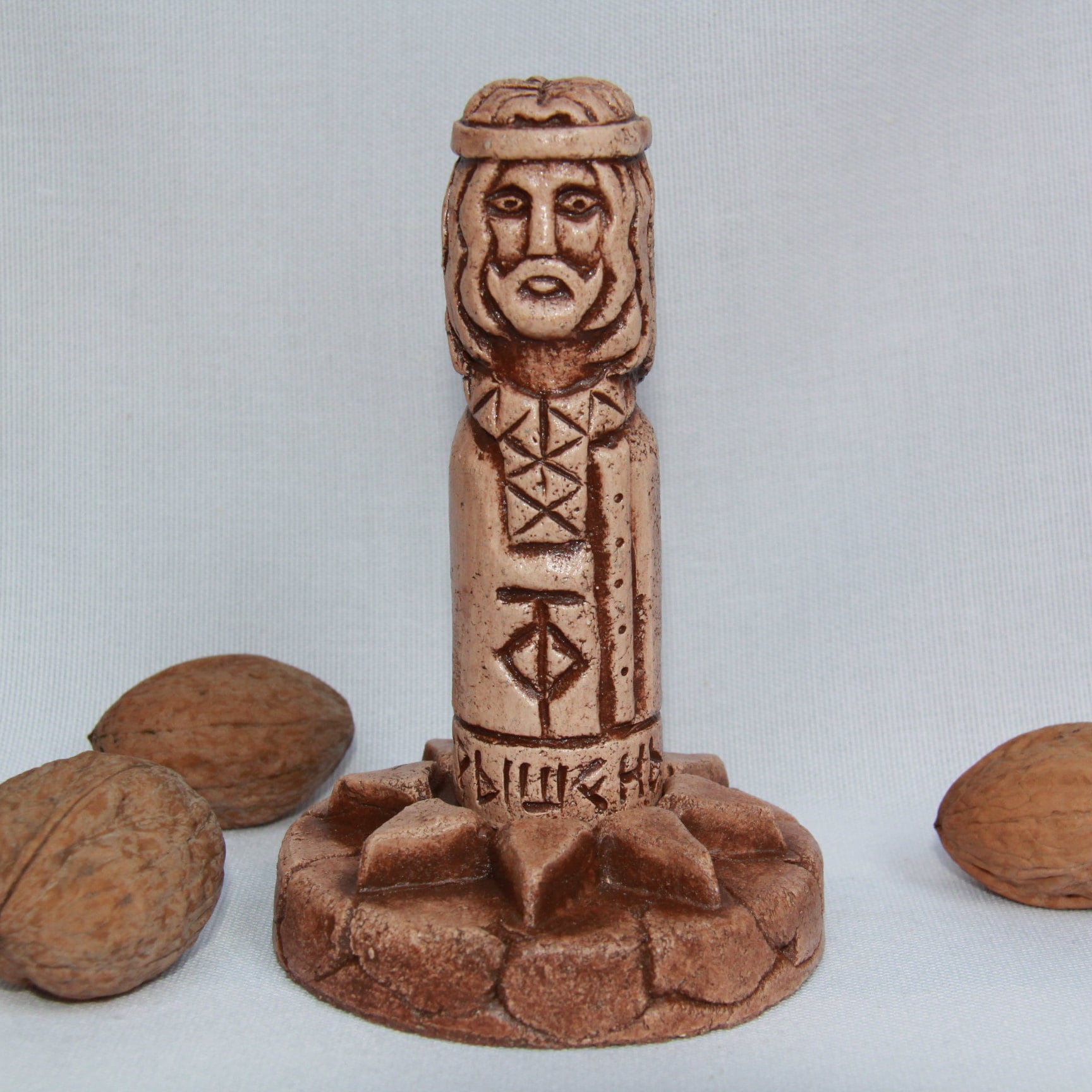 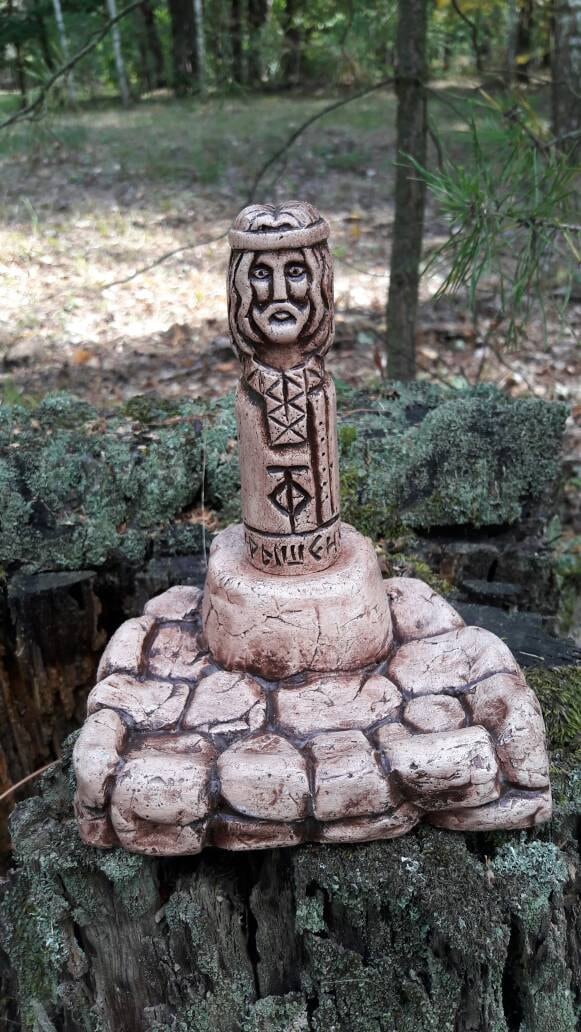 This is a small 10 cm tall handcrafted from clay (ceramic) statue of Kryshen. Order alone or in combination with a sun post or a stone post.

Among the ancient Russian gods, Rhoda, Svarog, Perun, and others typically ignore Kryshen God, and yet, it is - one of the principal. Recalling his deeds.

Kryshen (in India it was called Krishna) - the son of God and the Goddess Maya, that is, he himself was brought brother Rod Prime Creator of the world, though he was much younger than him. He was not born by chance, but to fulfill the great mission. While the world Reveal hit great cold. People have lost the gift of the gods, the fire, and dying, freezing. The reason for this great calamity was Chernobog. Kryshen flew down from heaven to Belogrivov horse, gave them fire, and then fought on the banks of the Arctic Ocean, Czernebog and defeated him. This act of roof sung in the sacred "Book of Carols":
Light the sacred fire!
Let the fires burn fuels - high up to the sky!
Read and remember the roof,
Zlata son of Maya and the highest!

The victory of the new god celestials decided to celebrate in Reveal. But the rebellious hero, asked: "Why do you drink holy Surya drink, but do not give it to the people?" And because no one wanted to answer him, and saddled Kryshen Gamayun bird and flew her to the Blue Svarga, his father High.