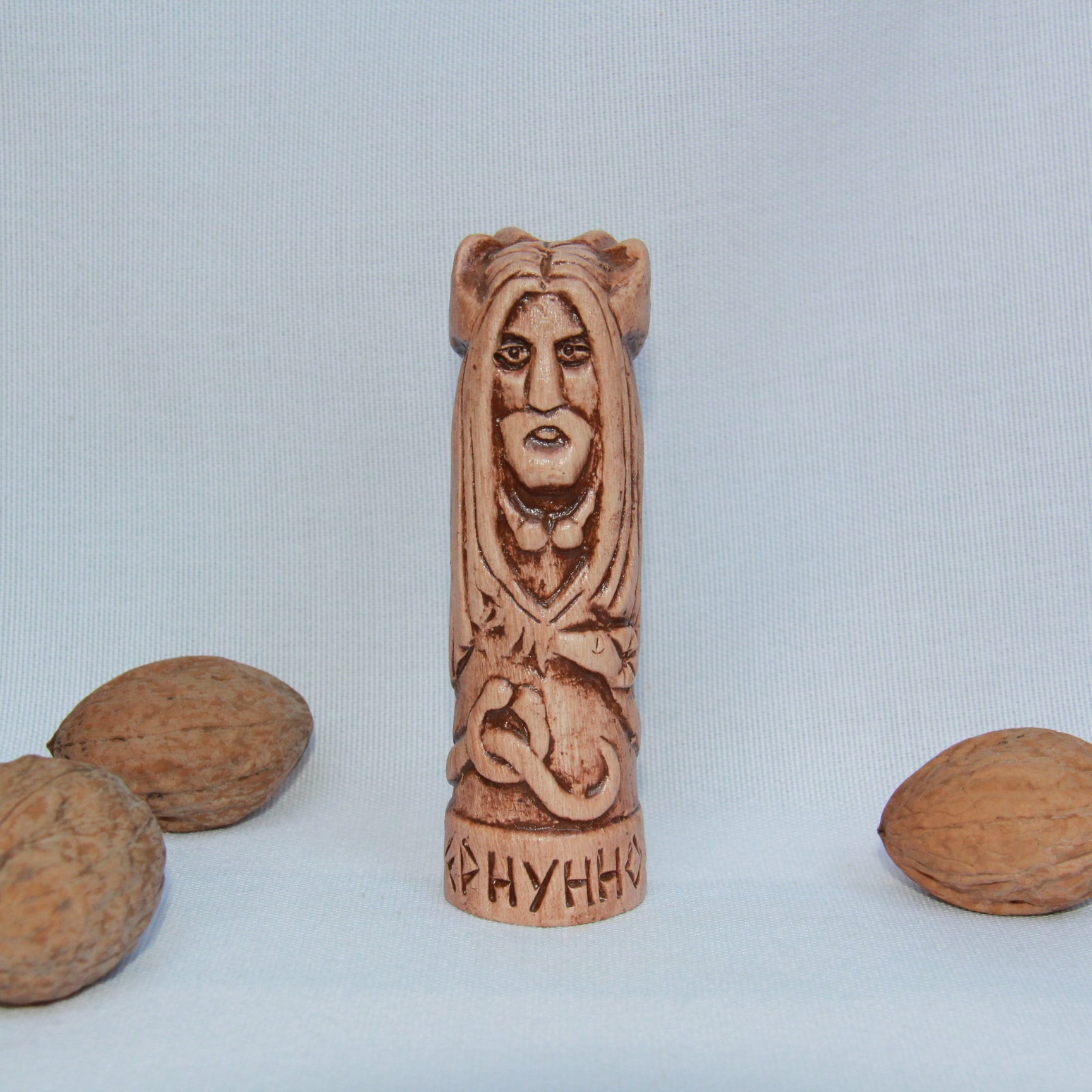 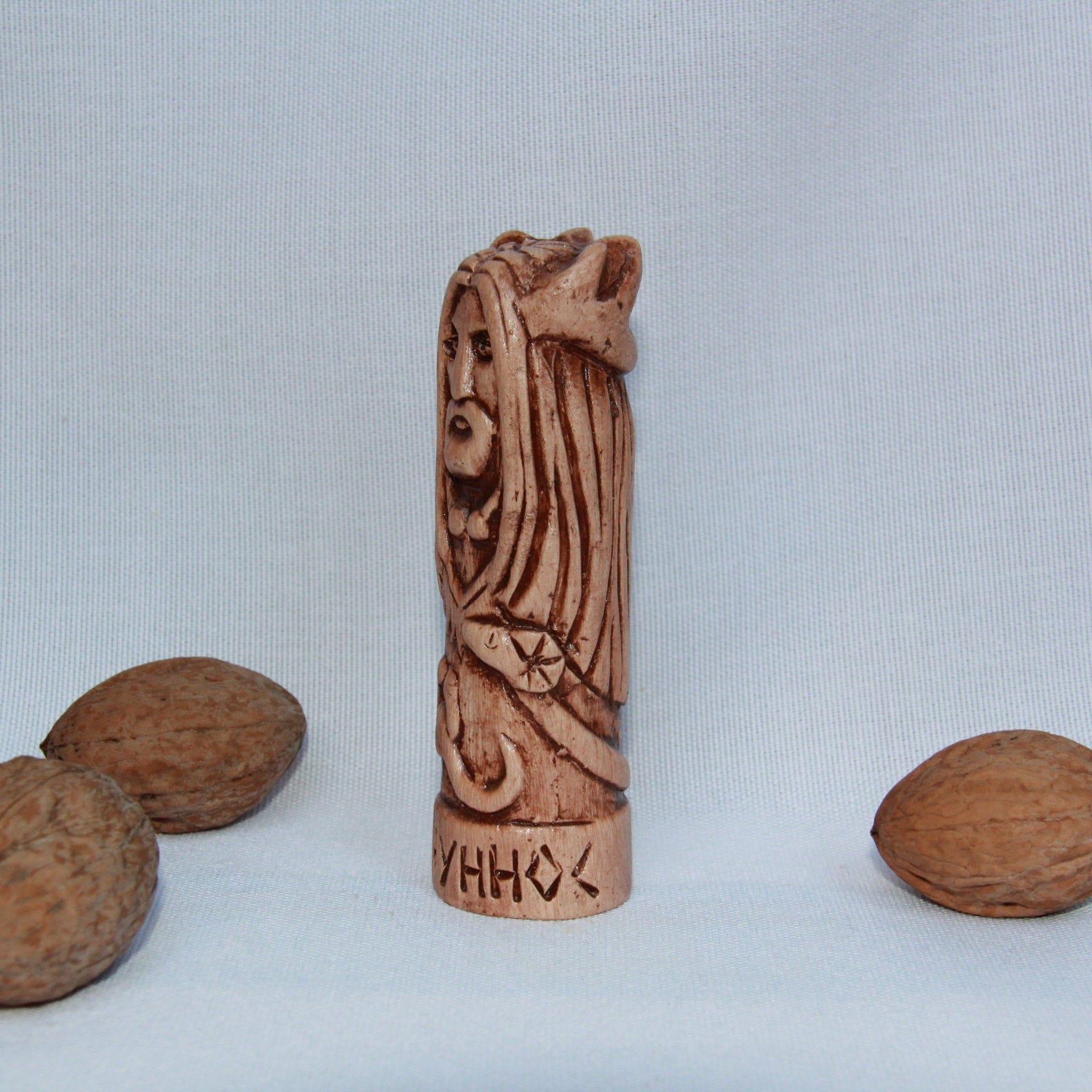 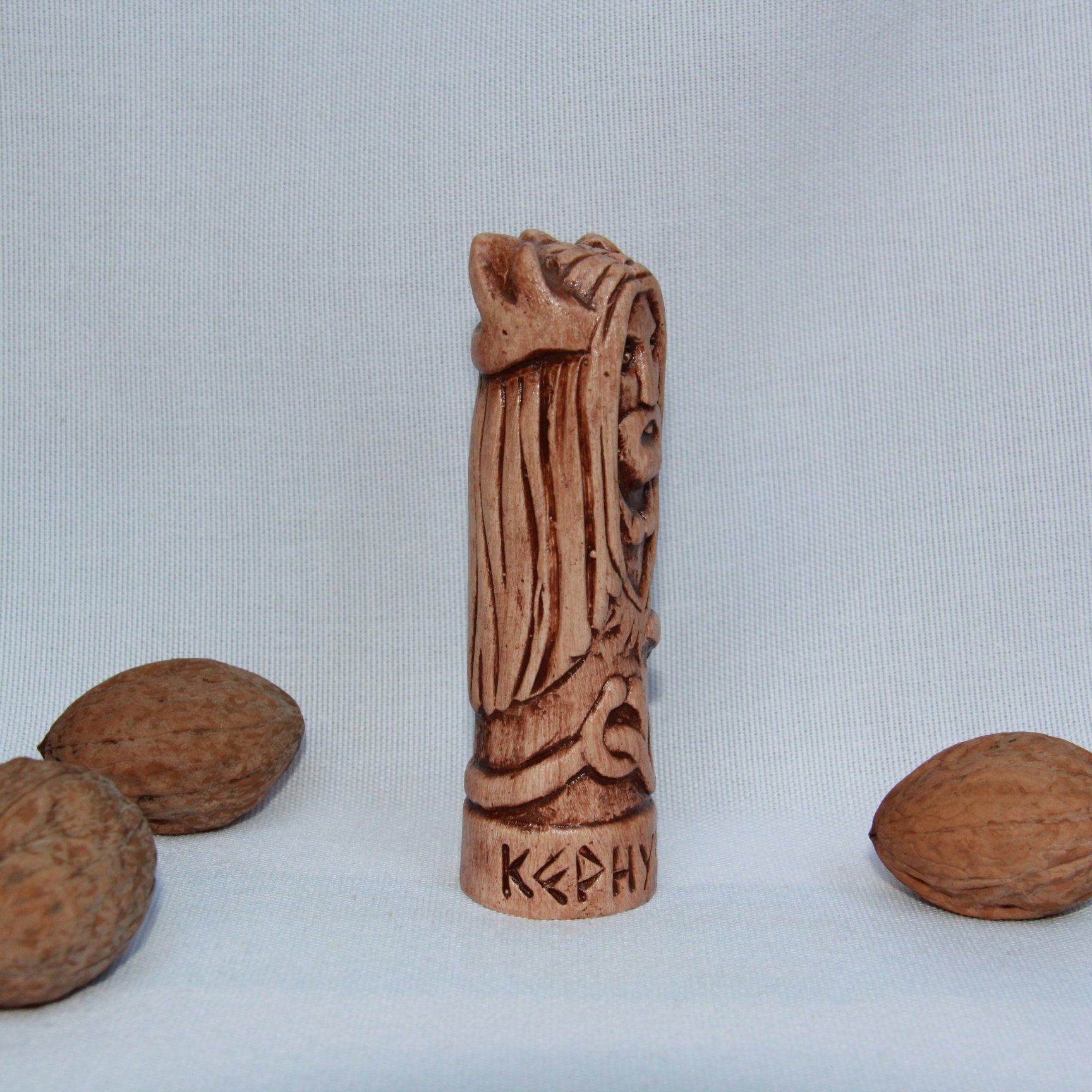 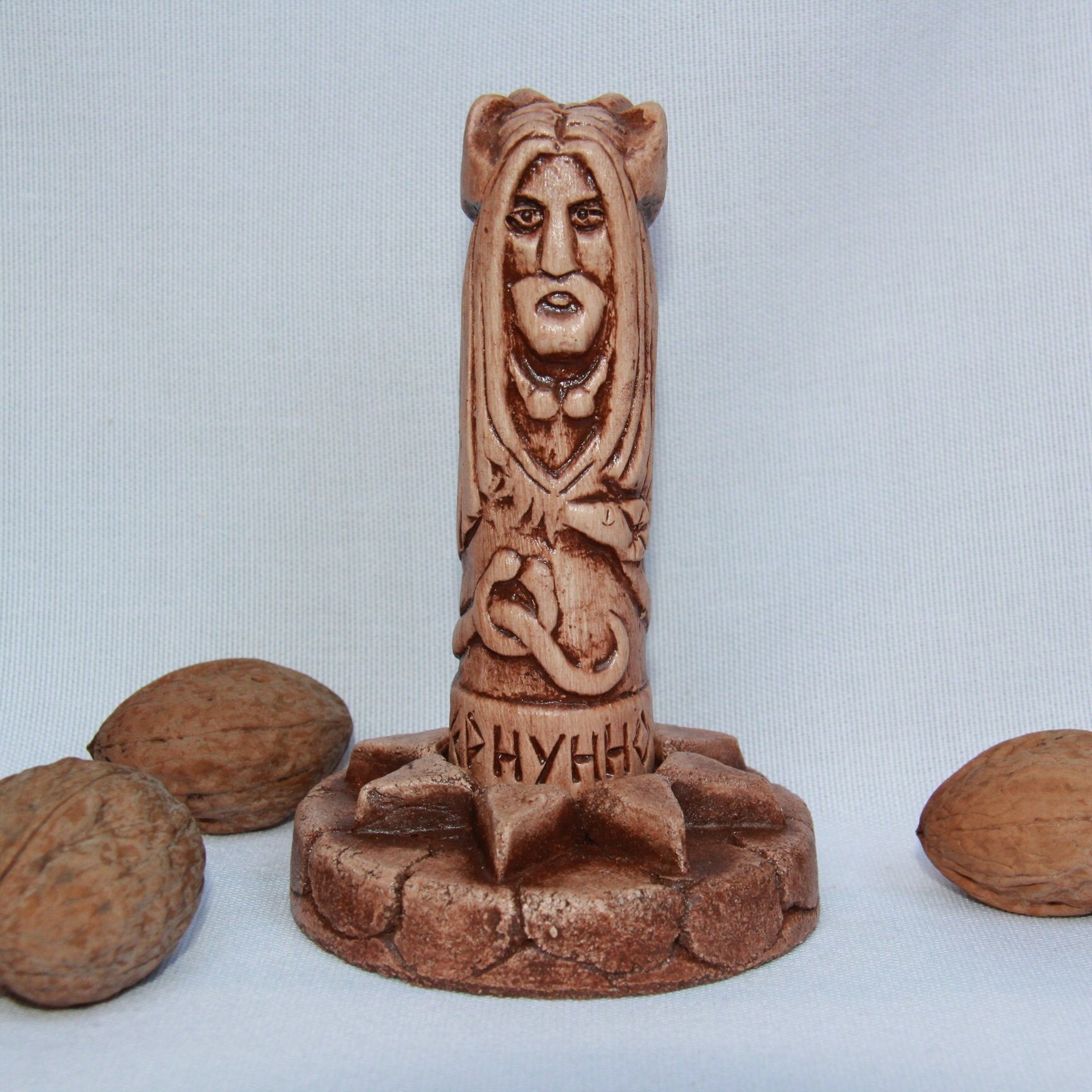 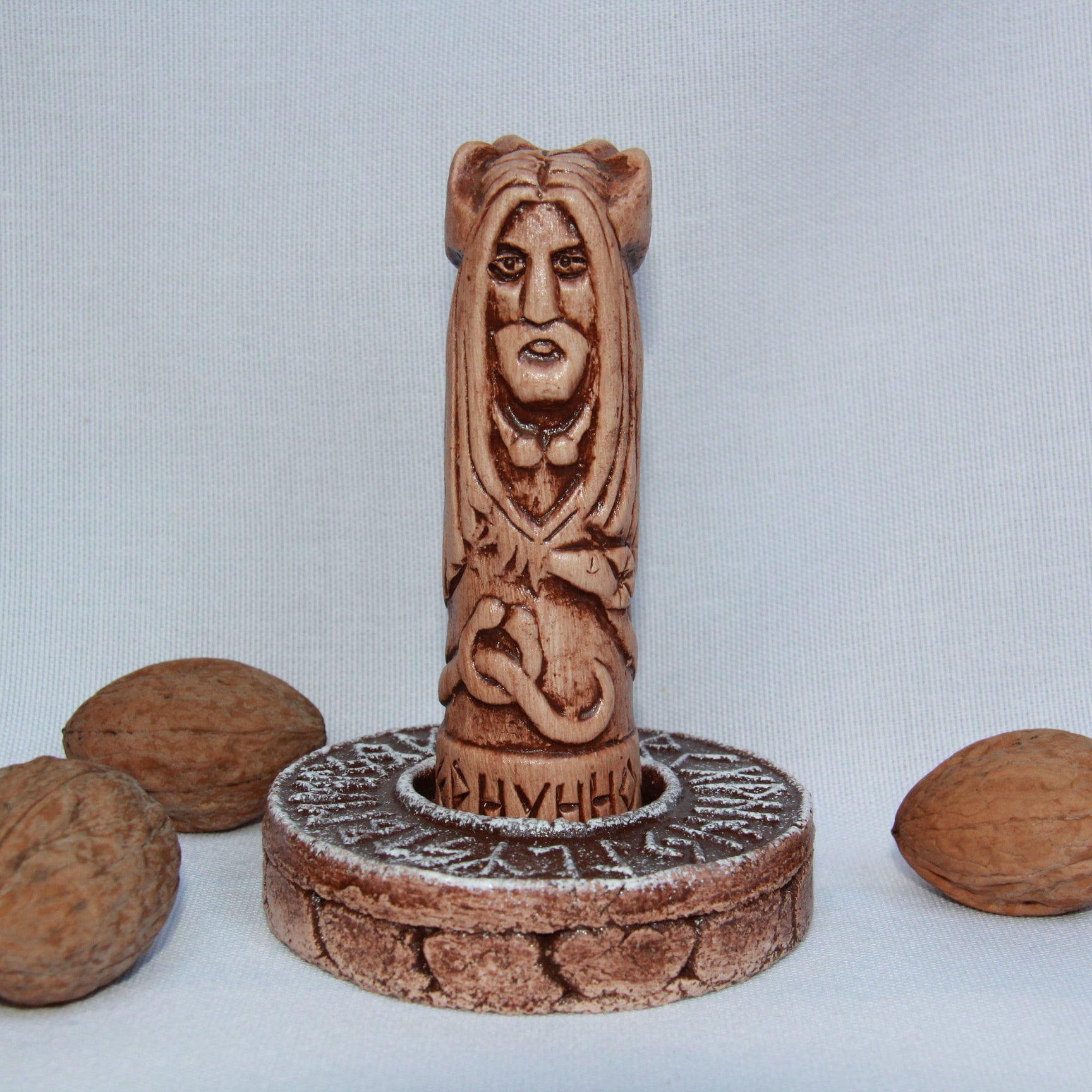 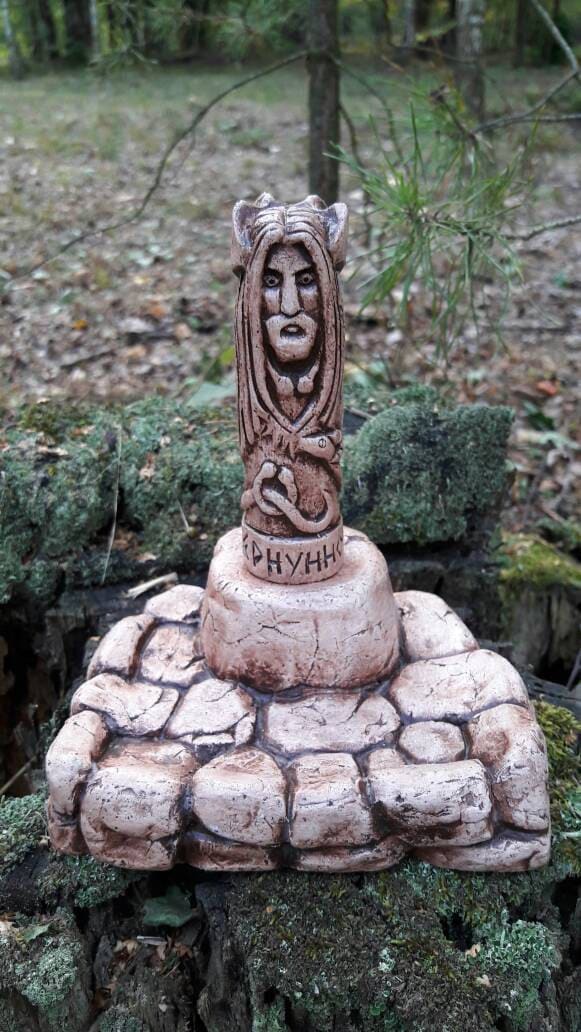 This is a small 10cm handcrafted statue of Cernunnoc, the Celtic God. It csn be ordered alone, or in a combination with a sun post or a stone post.

Cernunnos is the conventional name given inCeltic studies to depictions of the "horned god" (sometimes referred to as Herne the Hunter) of Celtic polytheism. The name itself is only attested once, on the 1st-century Pillar of the Boatmen, but depictions of a horned or antlered figure, often seated cross-legged and often associated with animals and holding or wearing torcs, are known from over 50 examples in the Gallo-Roman period, mostly in north-eastern Gaul.

Nothing is known about the god from literary sources, and details about his name, his followers or his significance in Celtic religion are unknown. Speculative interpretations identify him as a god of nature or fertility.

Amazing! He is beautifully crafted and worth the wait! Thank you

I love it. He's perfect in every detail. I actually set him on my alter with Pan and Phallus. I'll show you