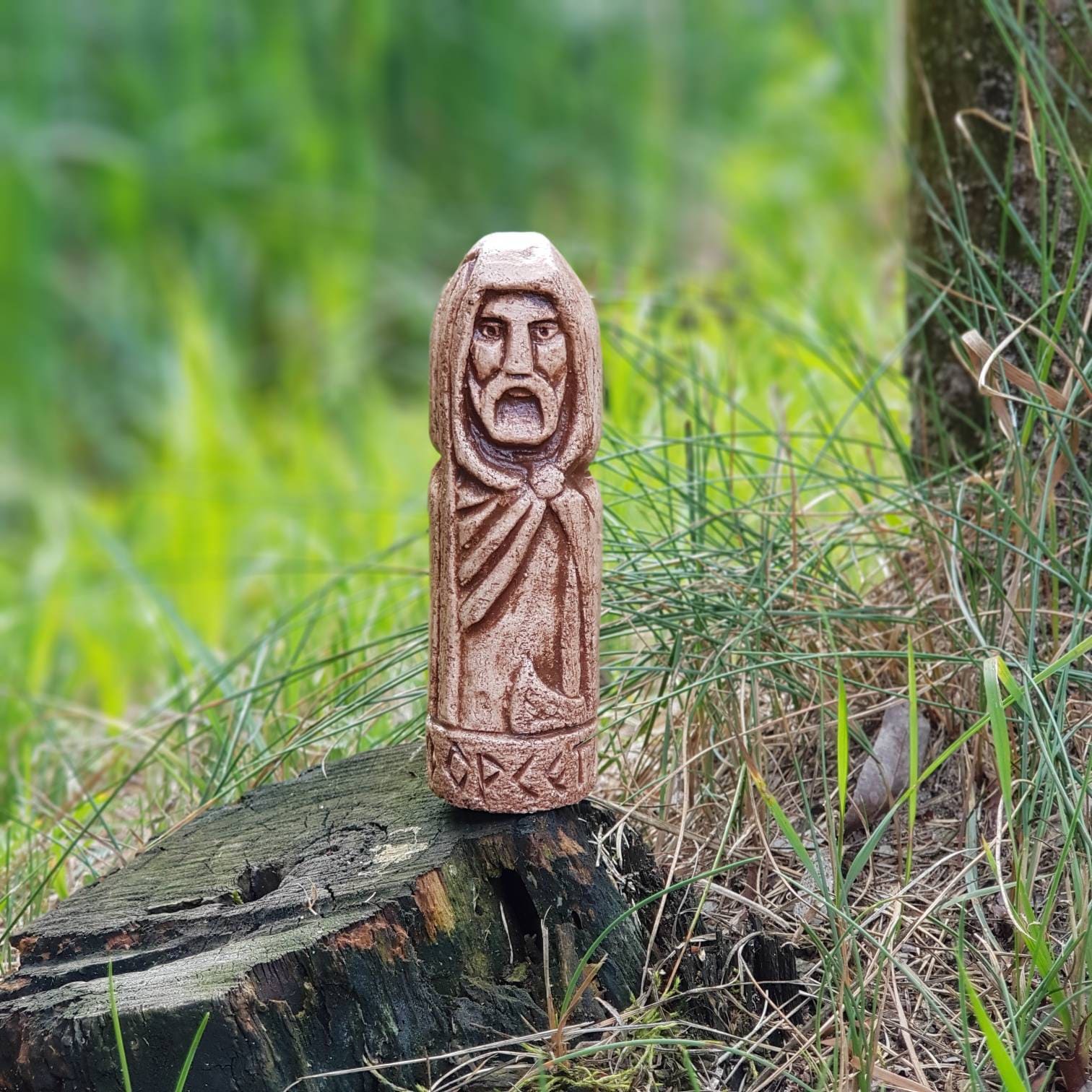 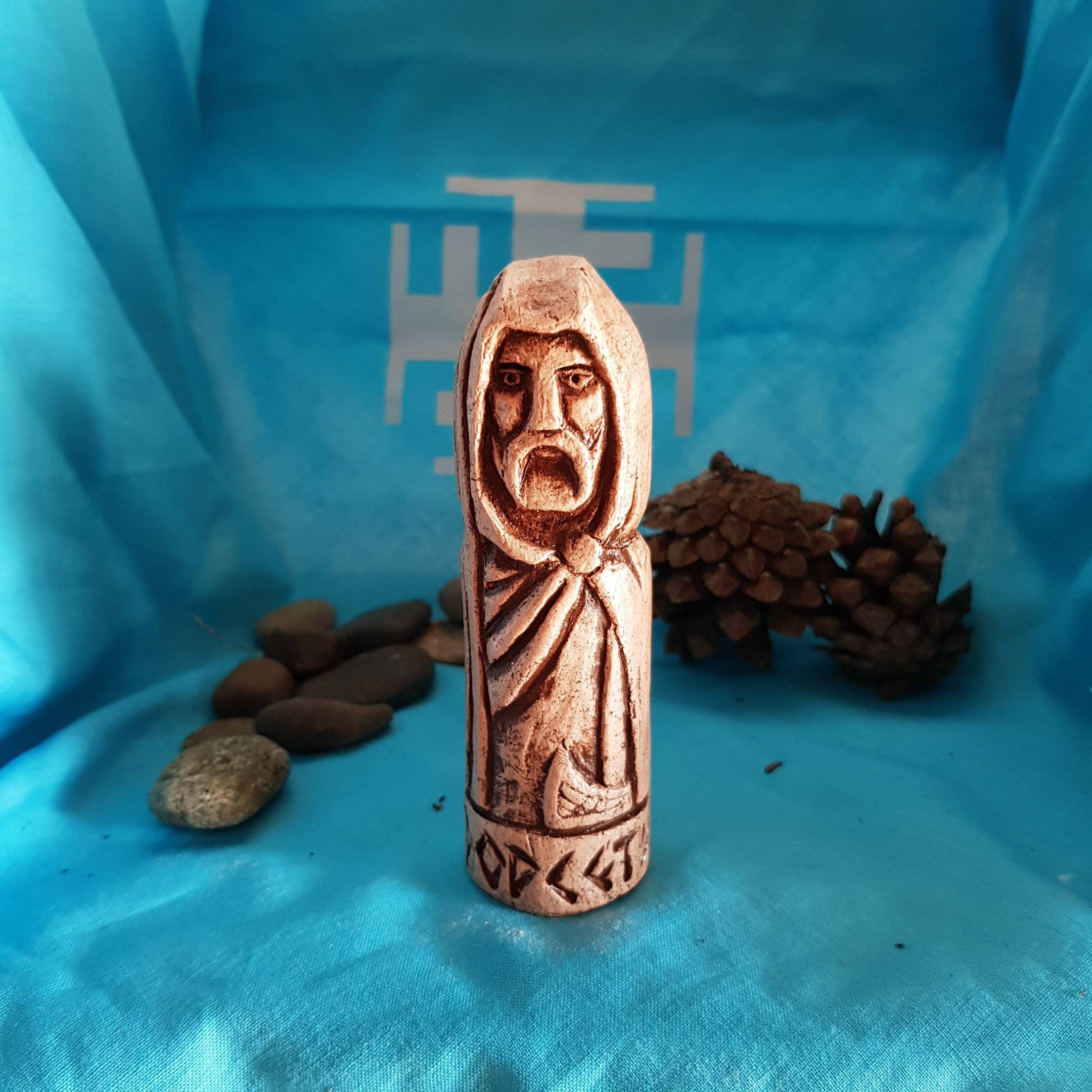 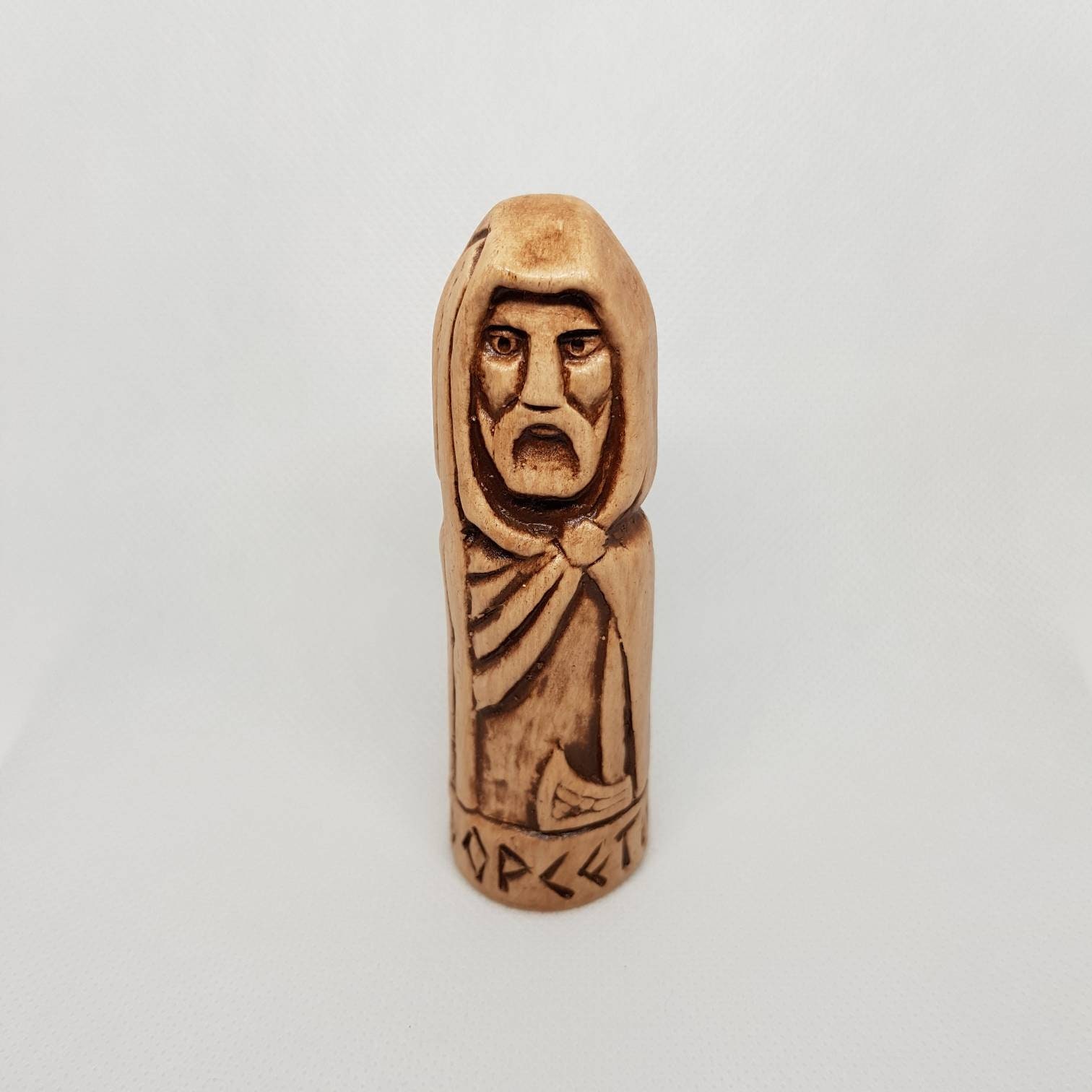 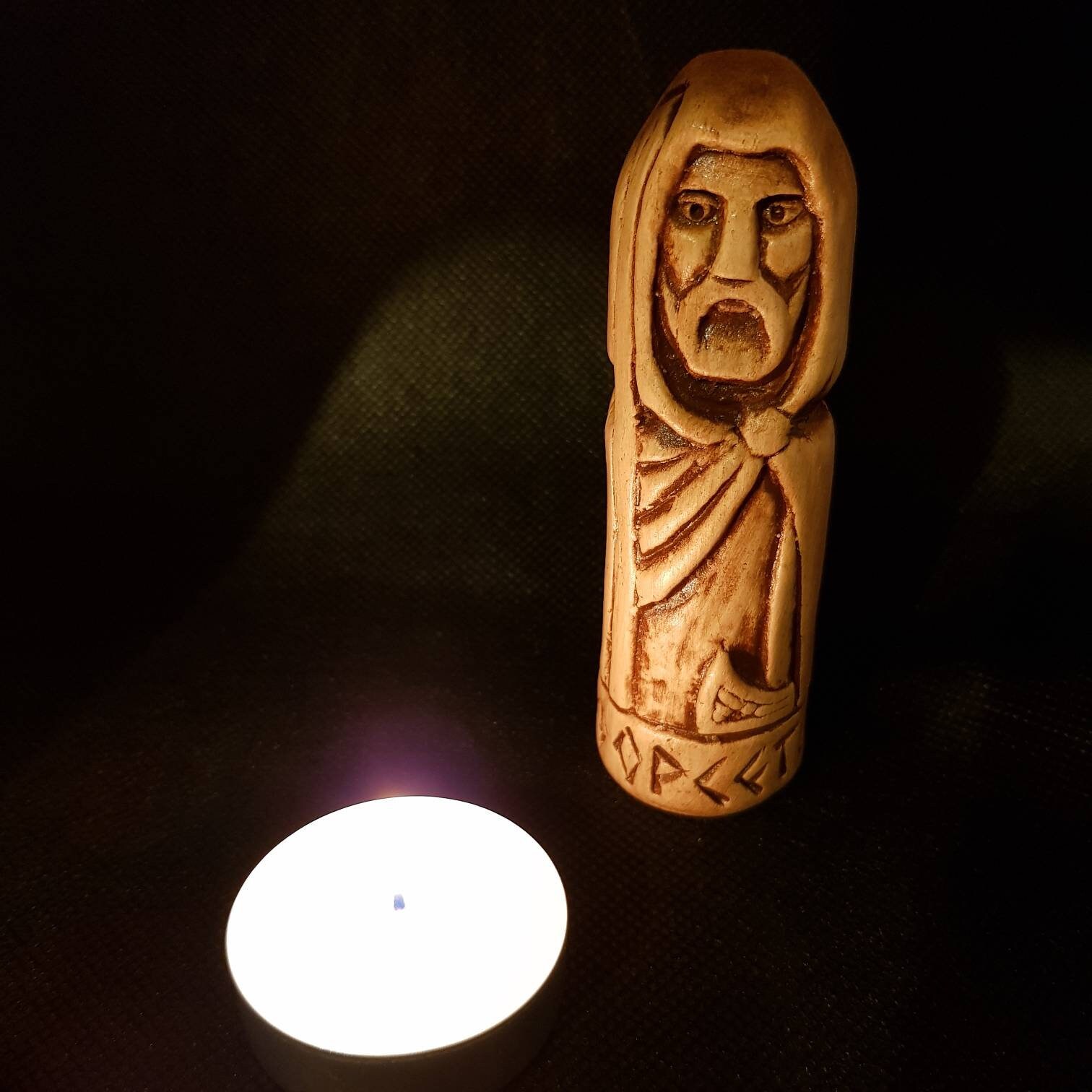 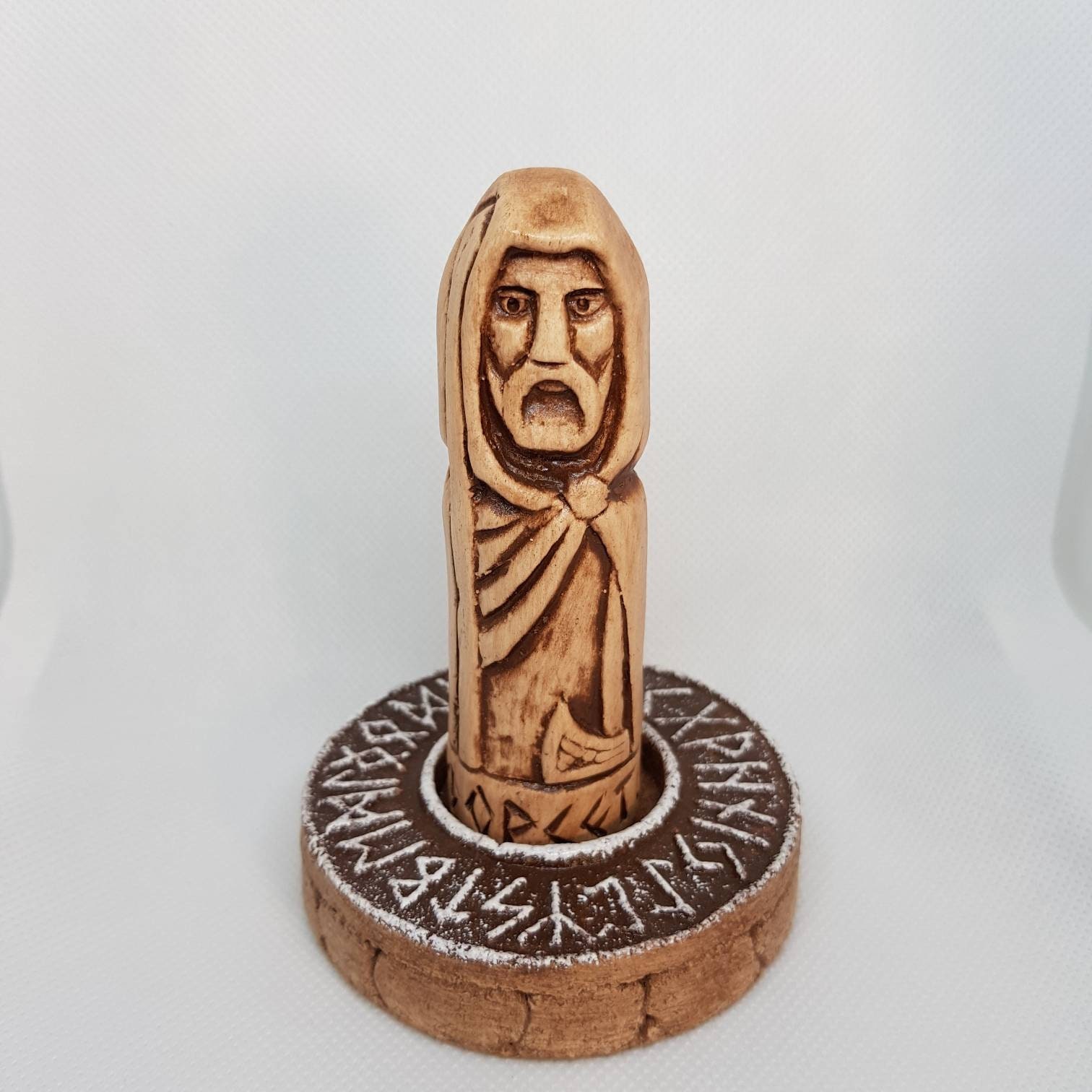 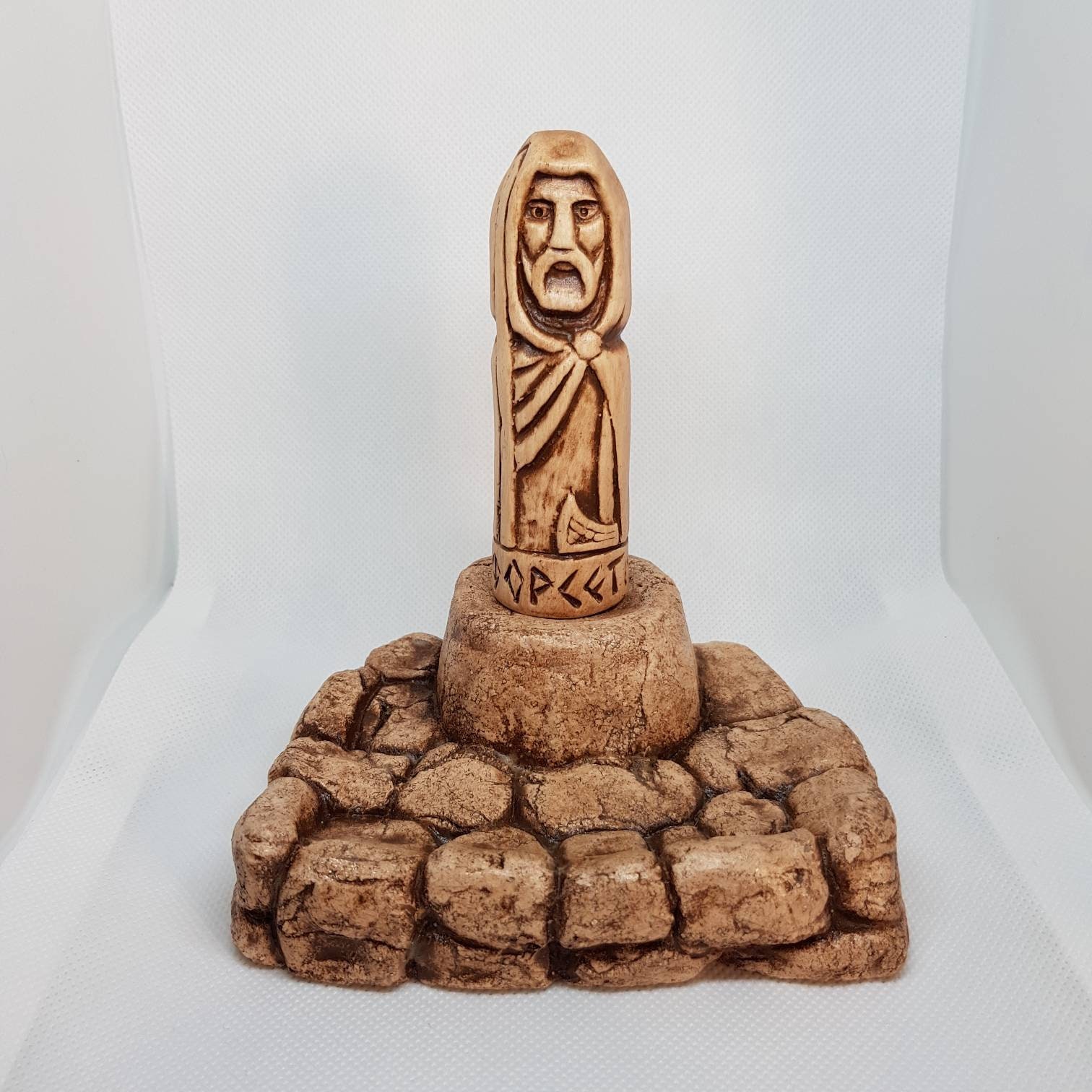 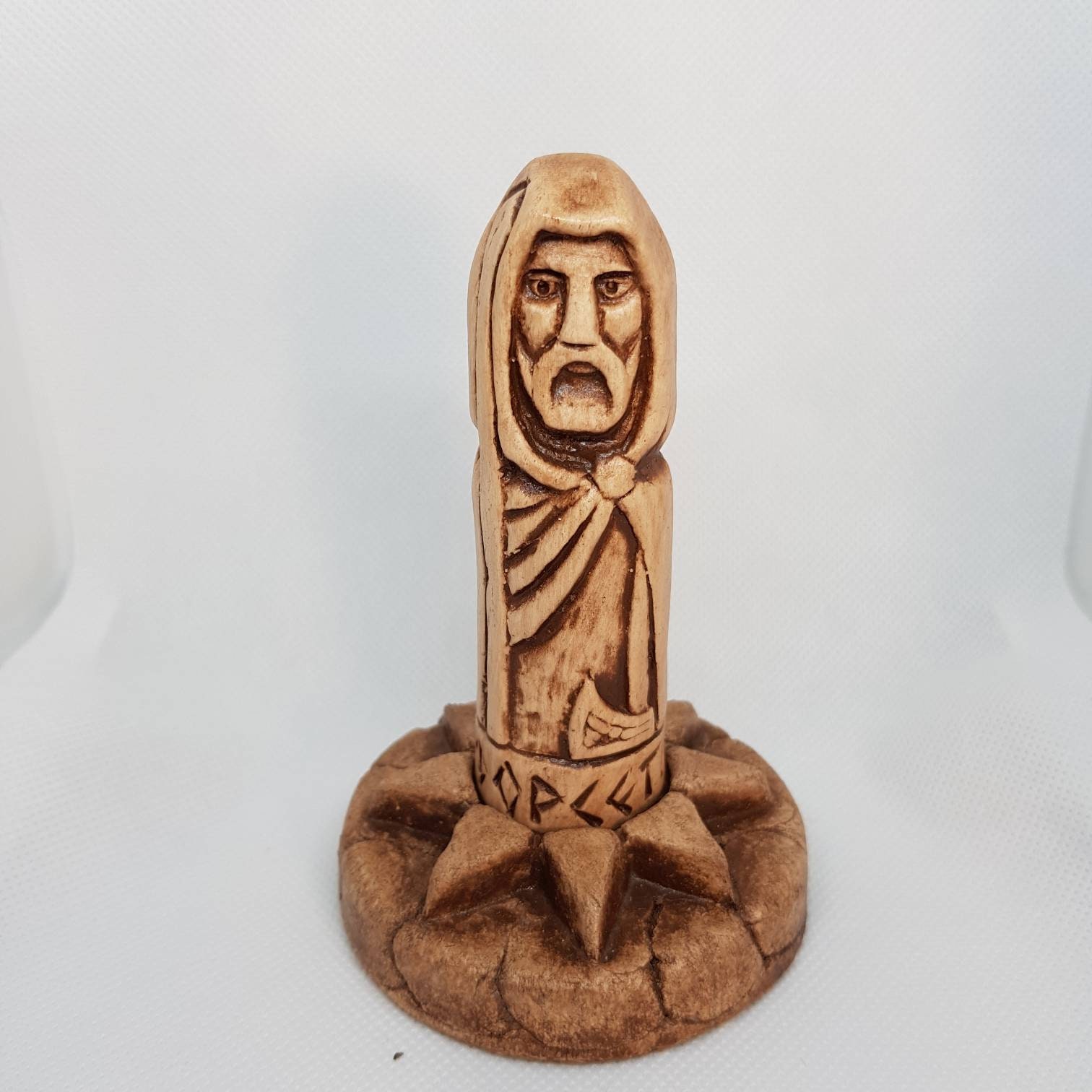 This is a small 10cm tall handcrafted from clay (ceramic) statue of Forceti. Order it alone or in a combination with a Sun Post or a Stone Post.

Forseti (Old Norse "the presiding one," actually "president" in Modern Icelandic and Faroese) is an Æsir deity of justice and reconciliation in Norse mythology. He is generally identified with Fosite, a deity of the Frisians. Jacob Grimm noted that if, as Adam of Bremen states, Fosite's sacred island was Heligoland, that would make him an ideal candidate for a deity known to both Frisians and Scandinavians, but that it is surprising he is never mentioned by Saxo Grammaticus.

Grimm took Forseti, "praeses", to be the older form of the name, first postulating an unattested Old High German equivalent *forasizo (cf. modern German Vorsitzender"one who presides"). but later preferring a derivation from fors, a "whirling stream" or "cataract", connected to the spring and the god's veneration by seagoing peoples. It is plausible that Fosite is the older name and Forseti a folk etymology. According to the German philologist Hans Kuhn the Germanic form Fosite is linguistically identical to Greek Poseidon, hence the original name must have been introduced before the Proto-Germanicsound change, probably via Greek sailors purchasing amber. The Greek travellerPytheas of Massalia, who describes the amber trade, is known to have visited the region around 325 BC.