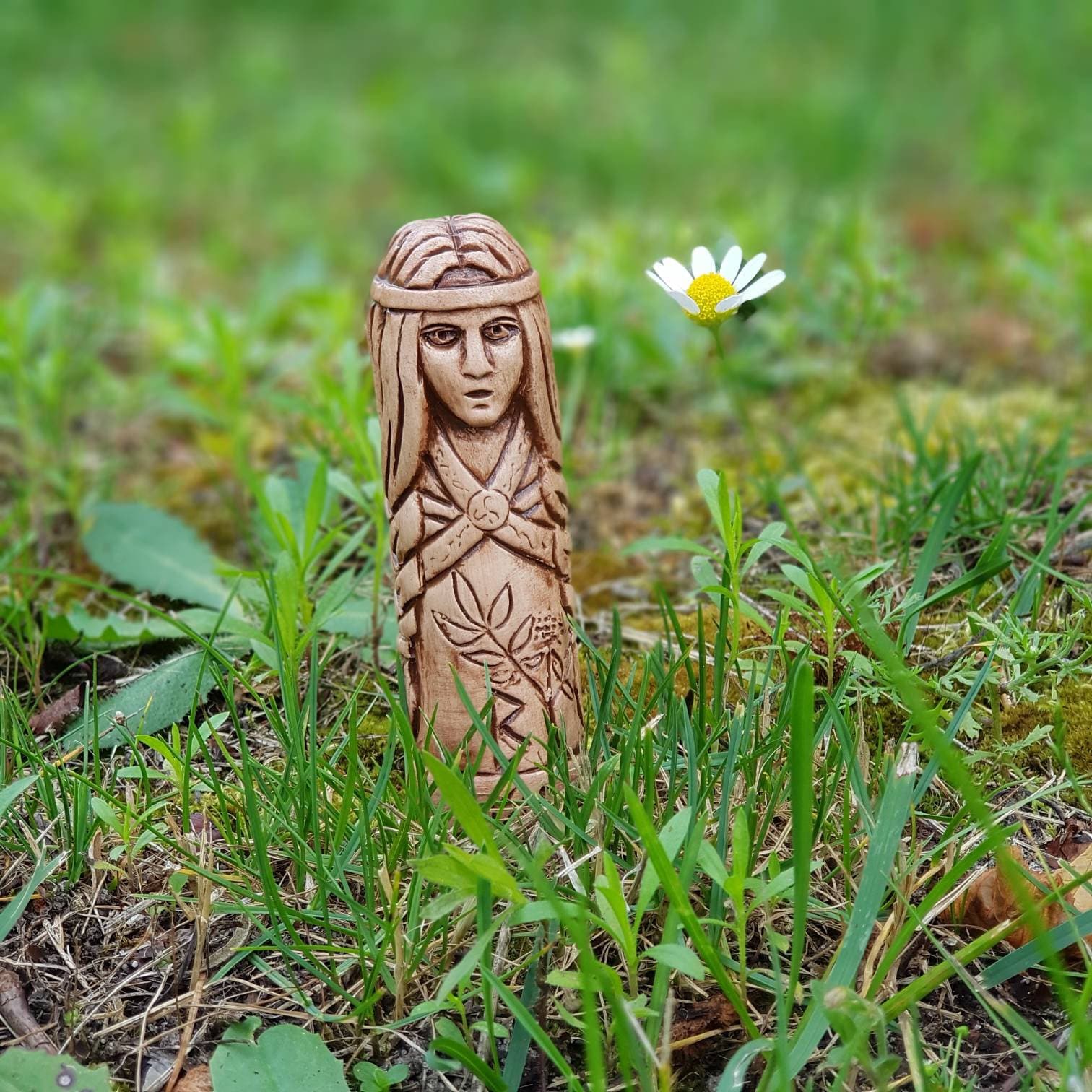 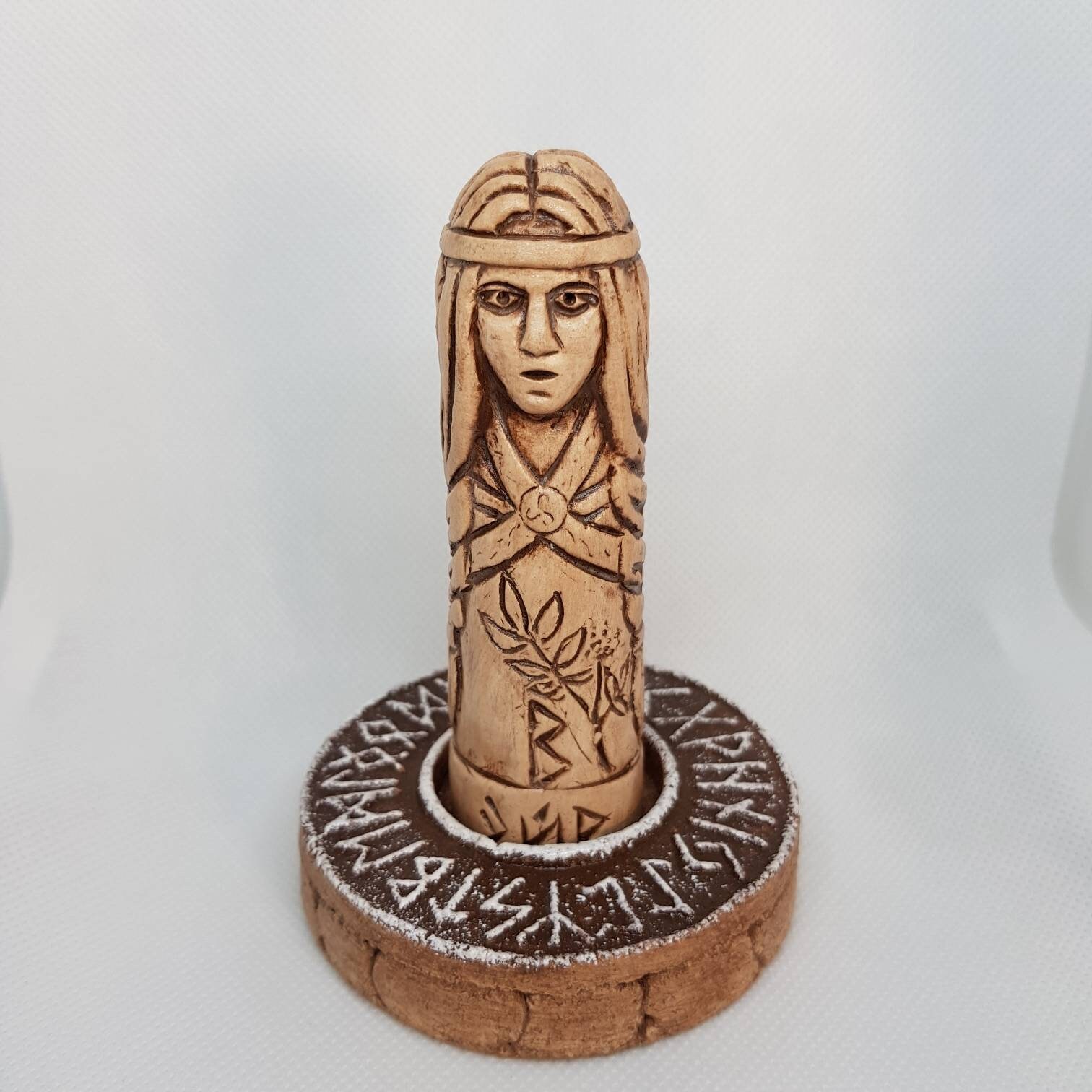 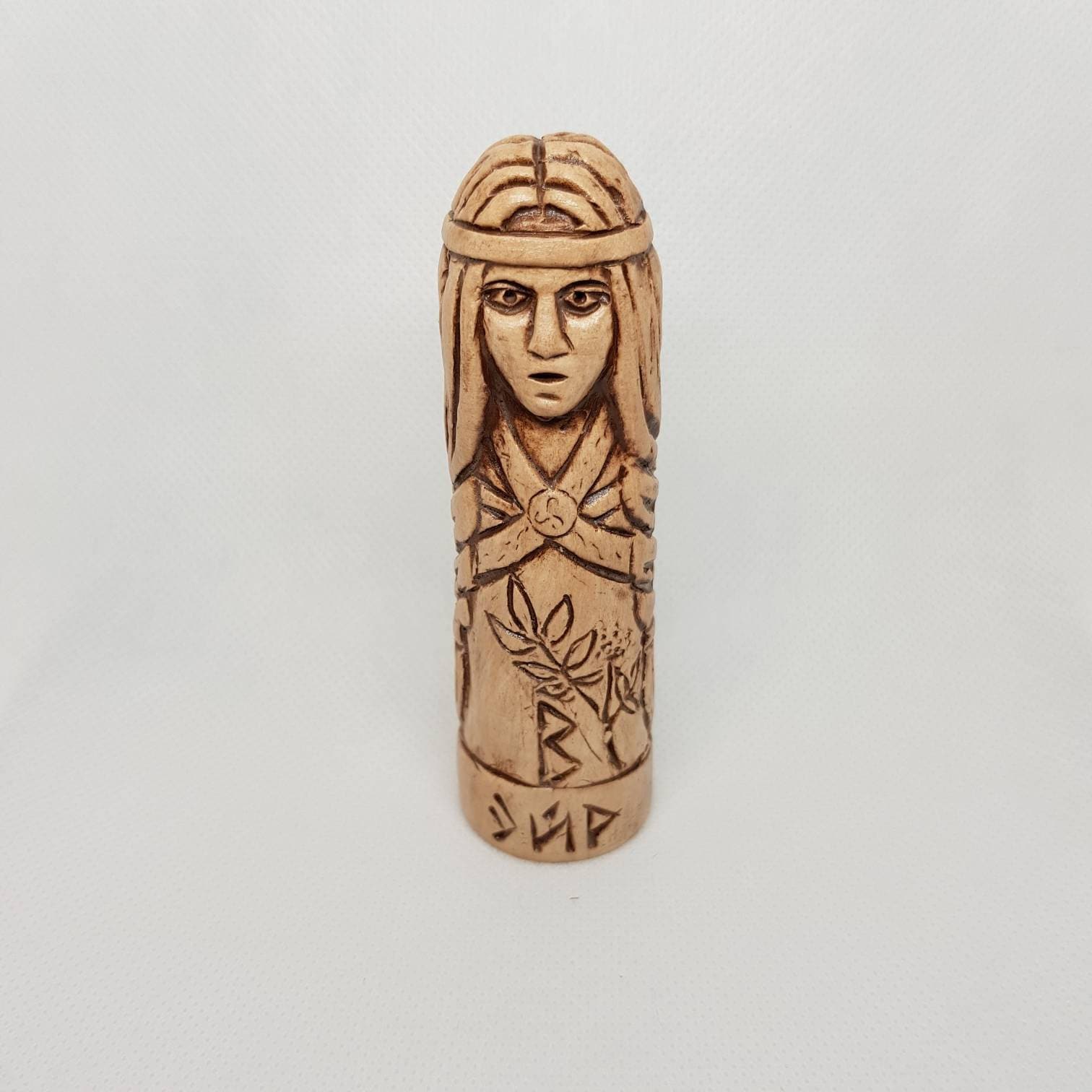 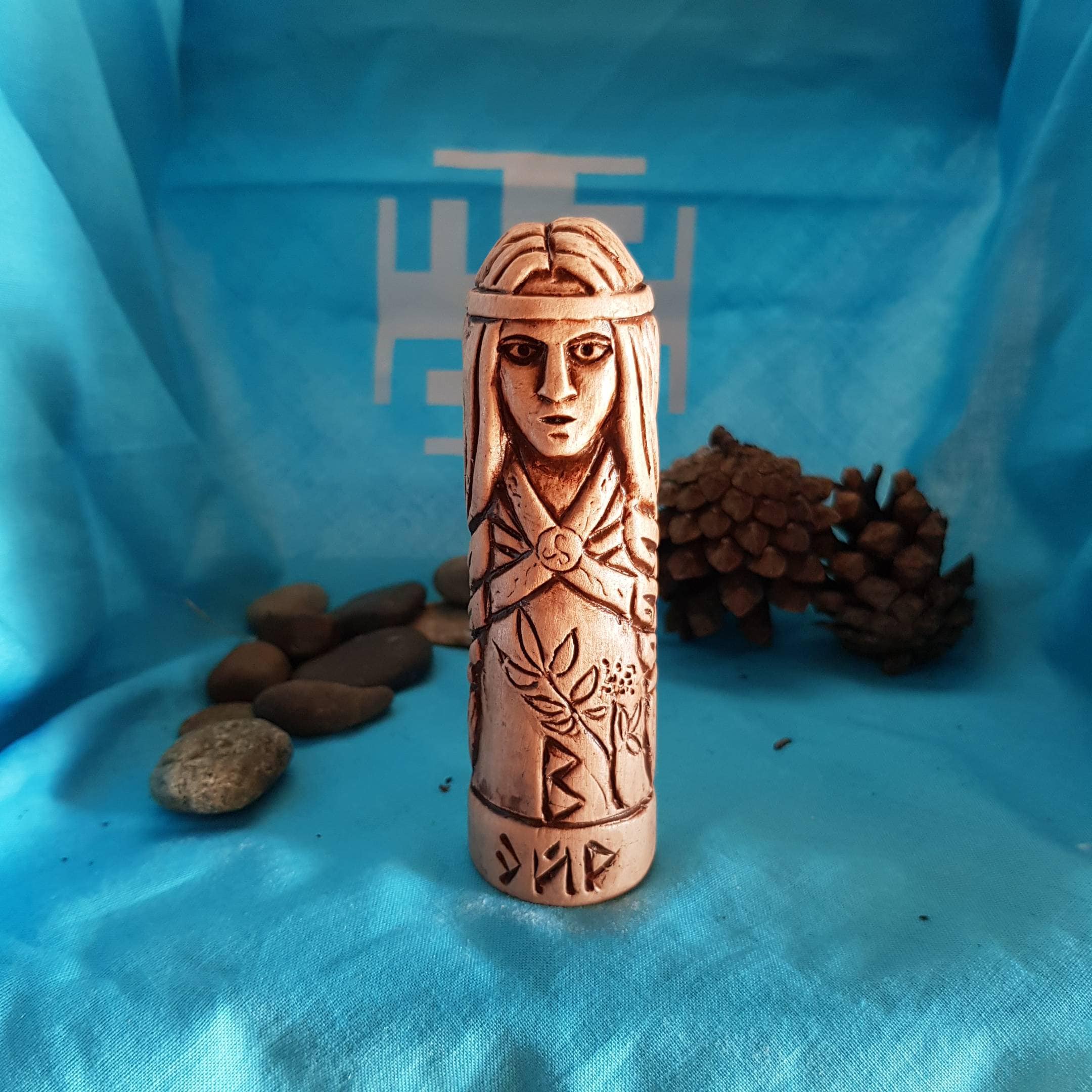 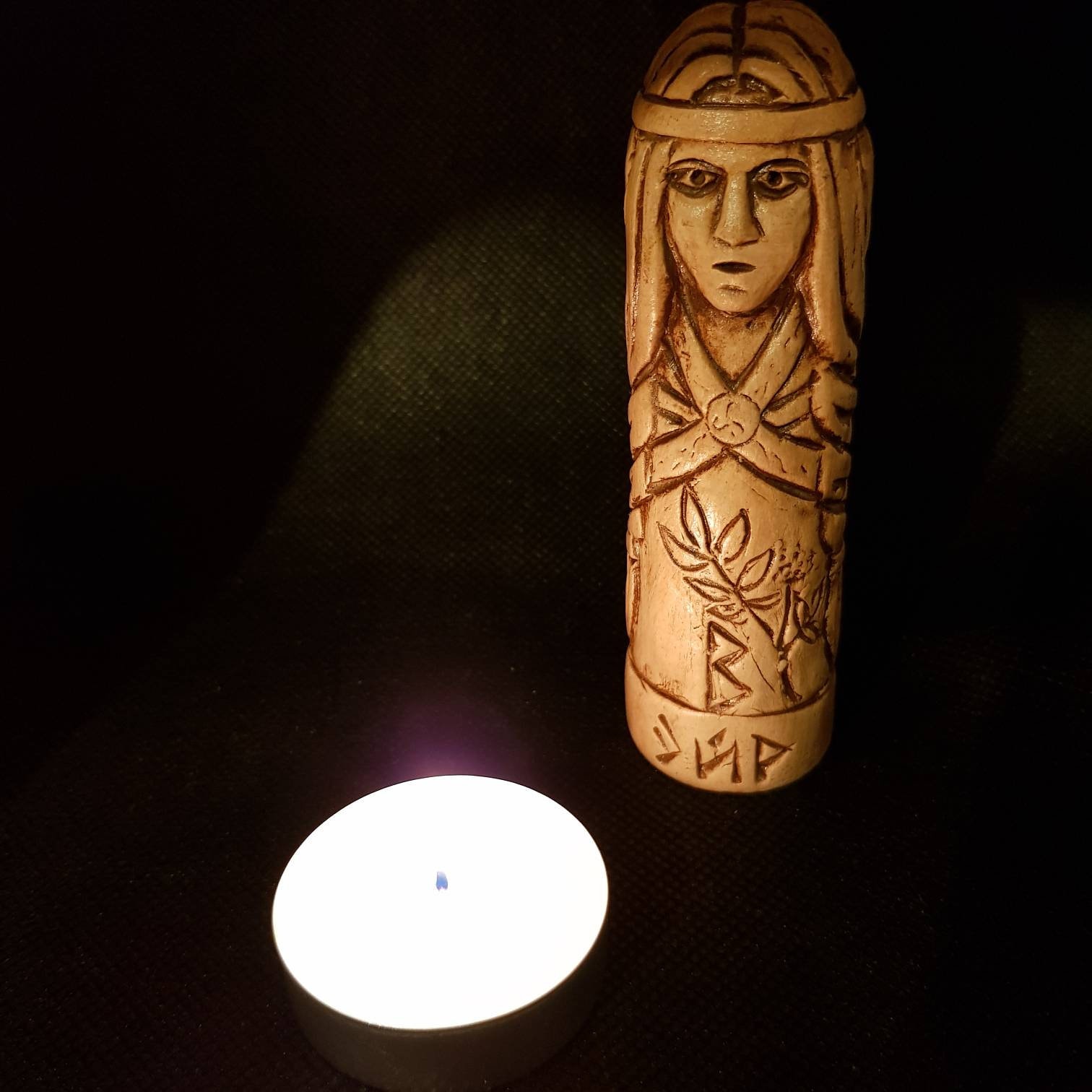 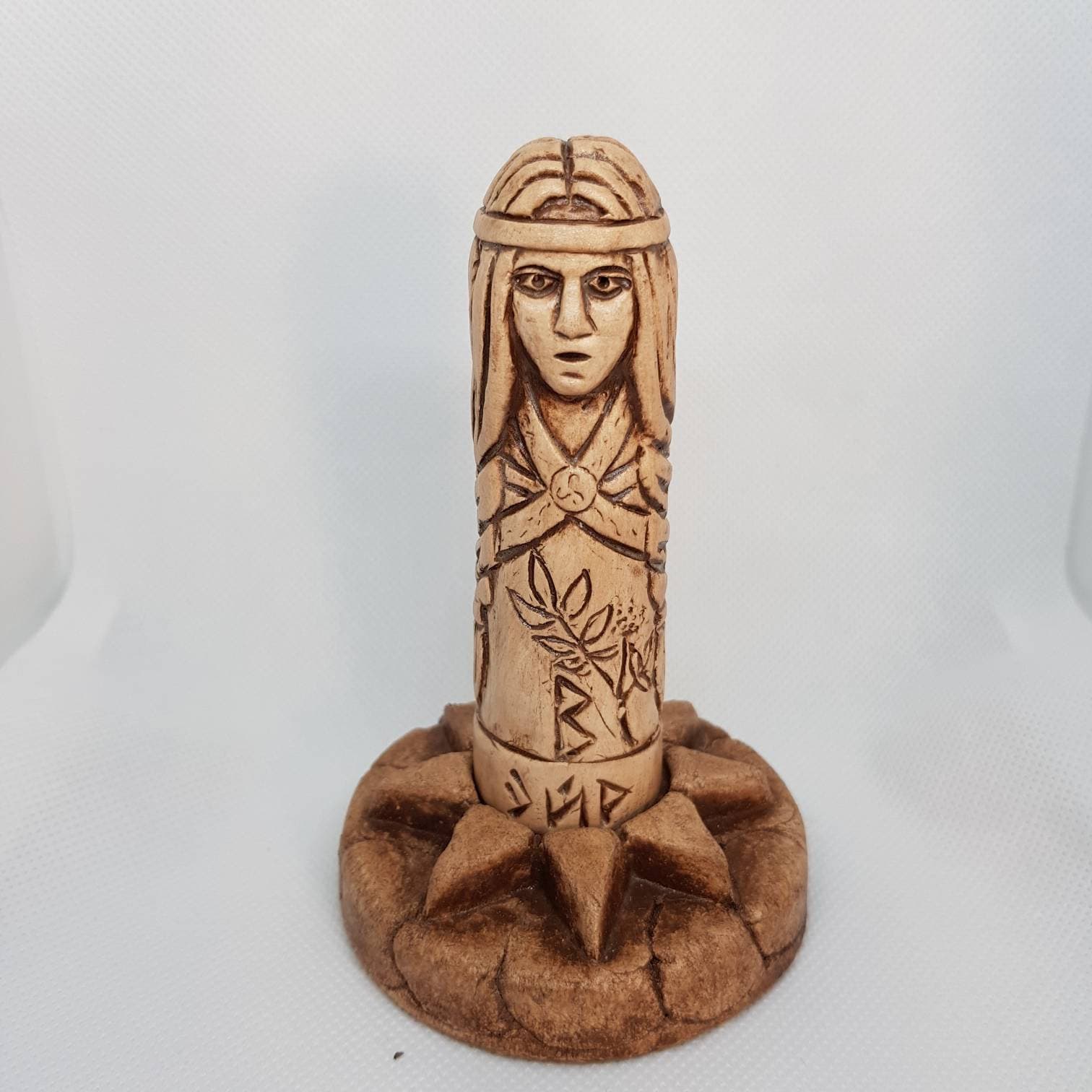 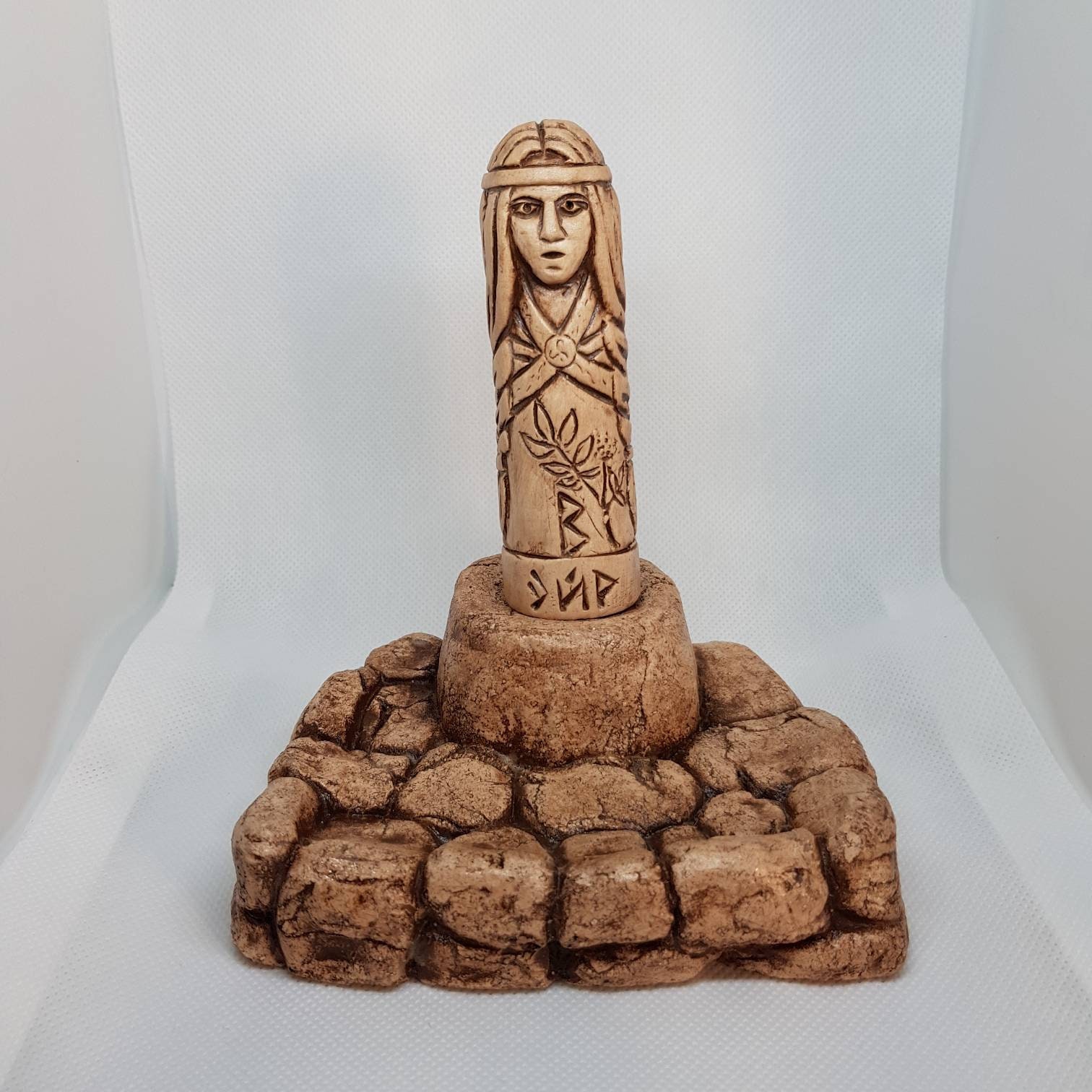 This is a small 10cm tall handcrafted from clay (ceramic) statue of Eir. Order it alone or in a combination with a Sun Post or a Stone Post.

In Norse mythology, Eir (Old Norse "help, mercy") is a female deity and/or valkyrie associated with medical skill. Eir is attested in the Poetic Edda, compiled in the 13th century from earlier traditional sources; the Prose Edda, written in the 13th century by Snorri Sturluson; and in skaldic poetry, including a runic inscription from Bergen, Norway from around 1300. Scholars have theorized about whether these three sources refer to the same figure, and debate whether Eir may have been originally a healing deity and/or a valkyrie. In addition, Eir has been theorized as a form of Frigg and has been compared to the Greek deity Hygieia.

It is an absolutely beautiful piece!

Beautiful work, as are all of the pieces I have purchased from you!