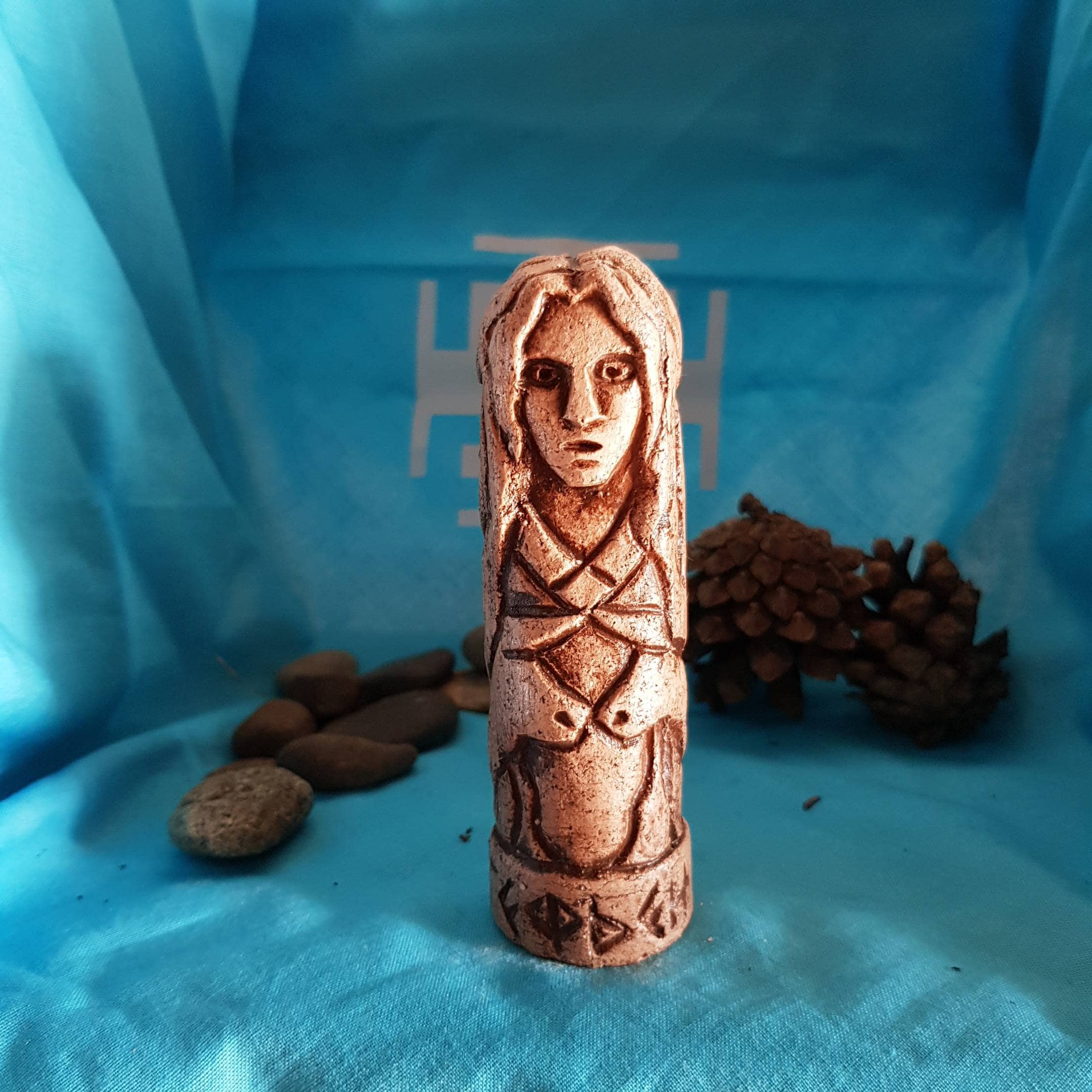 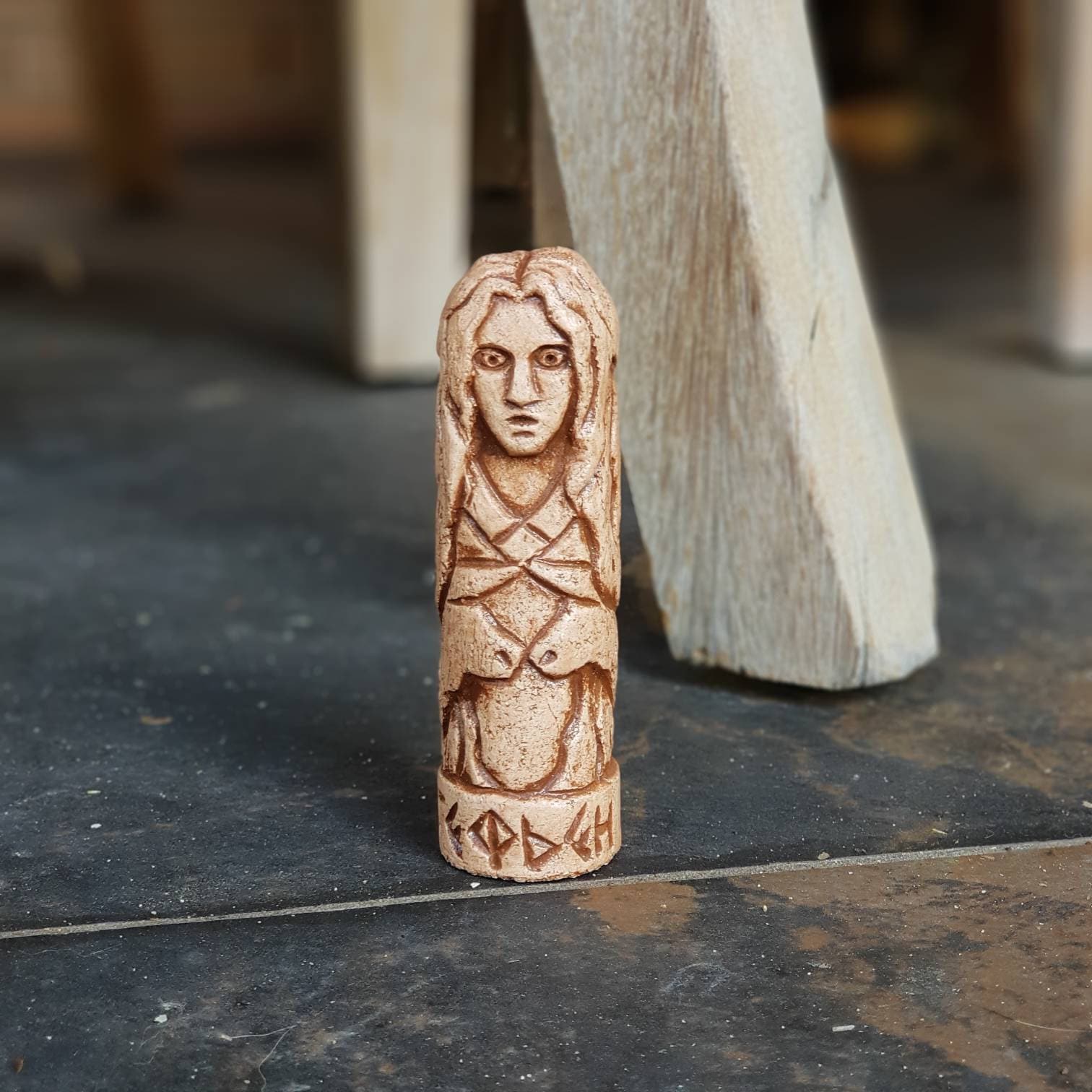 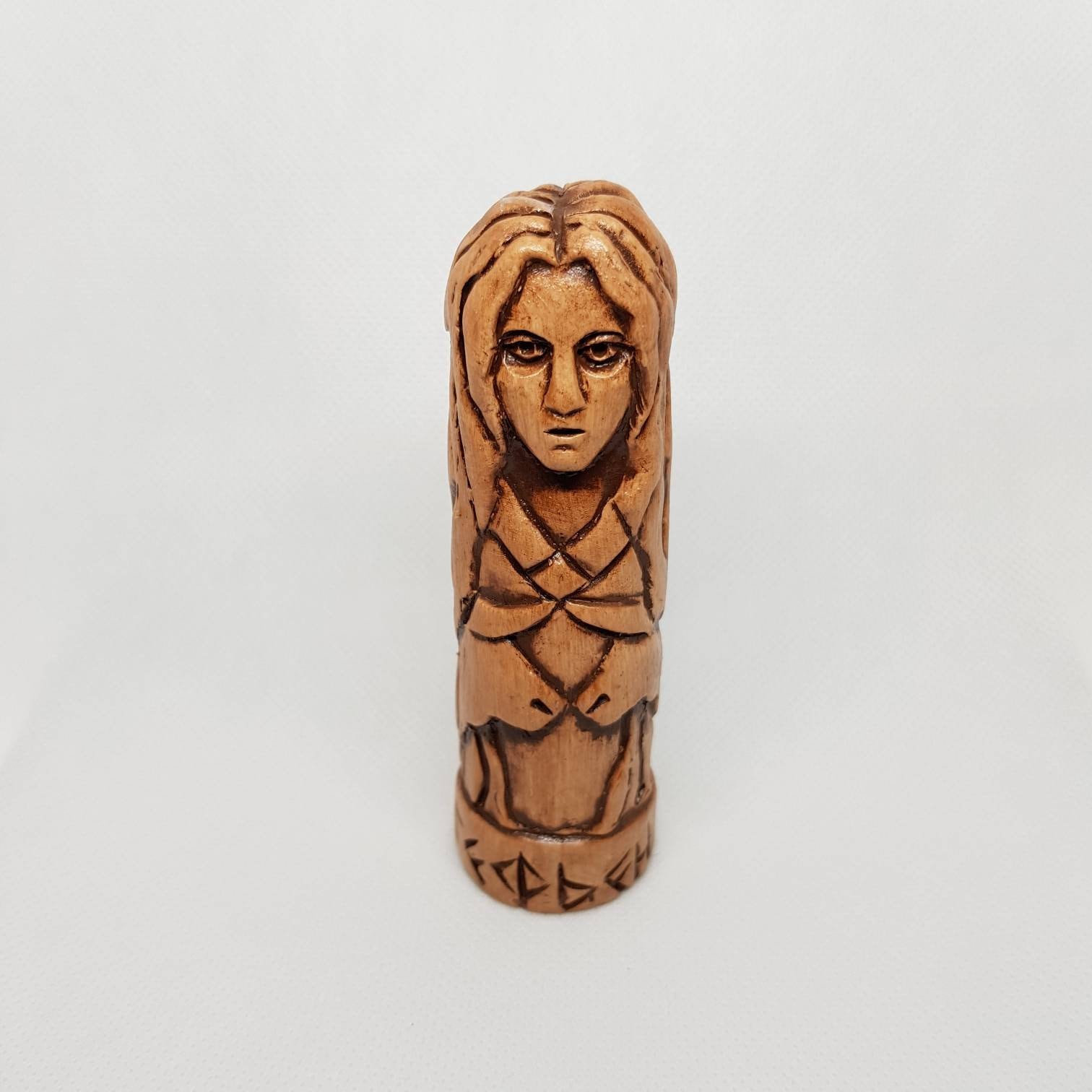 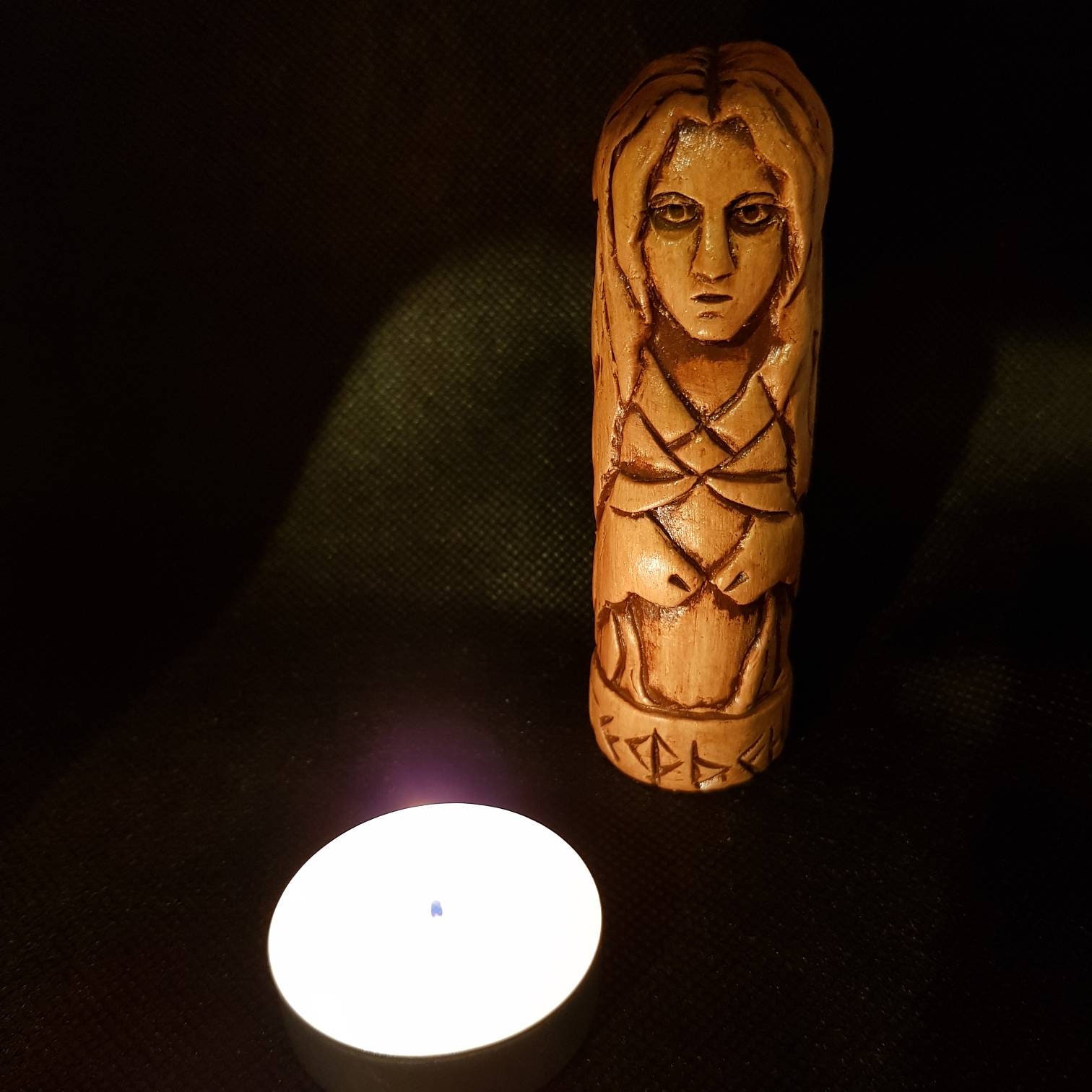 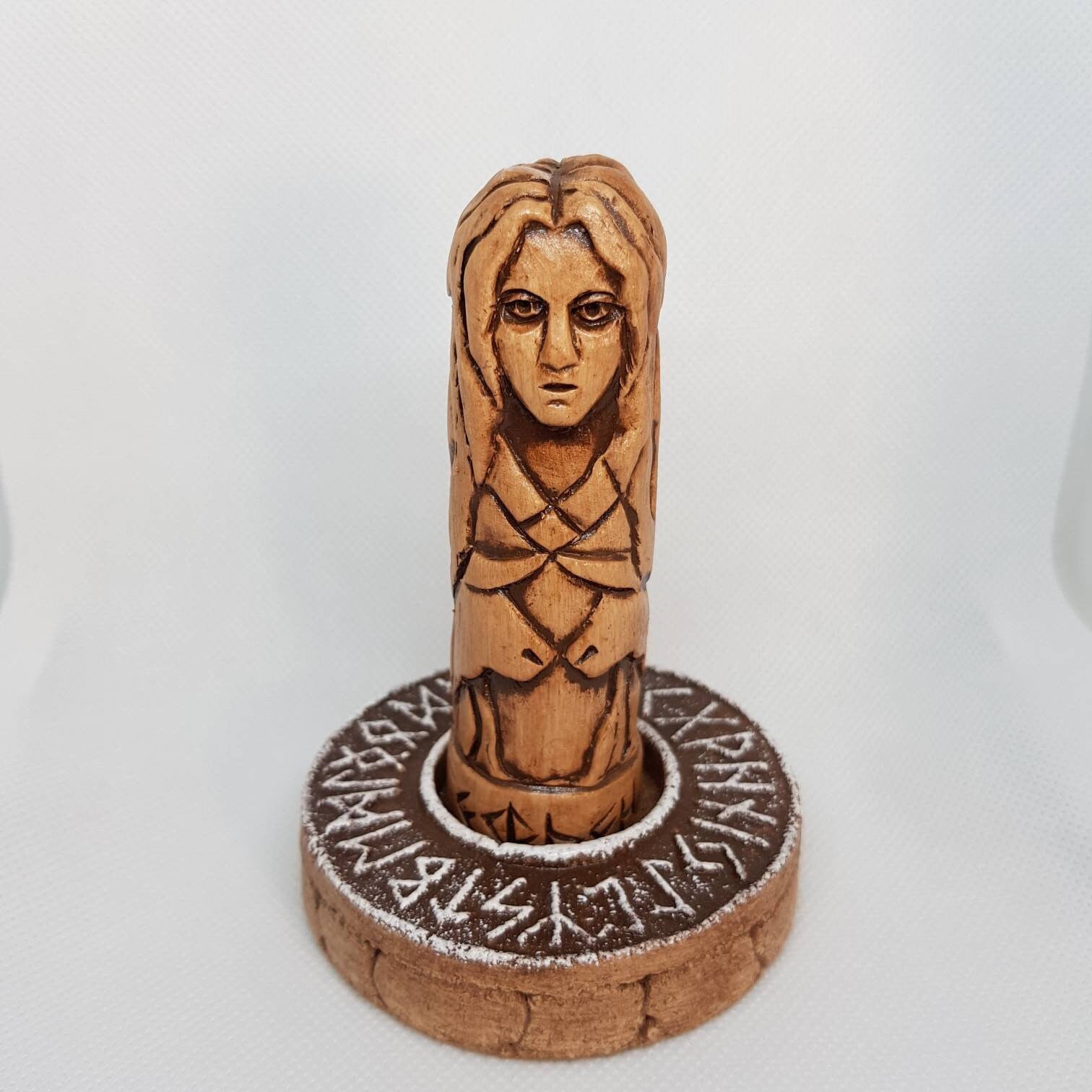 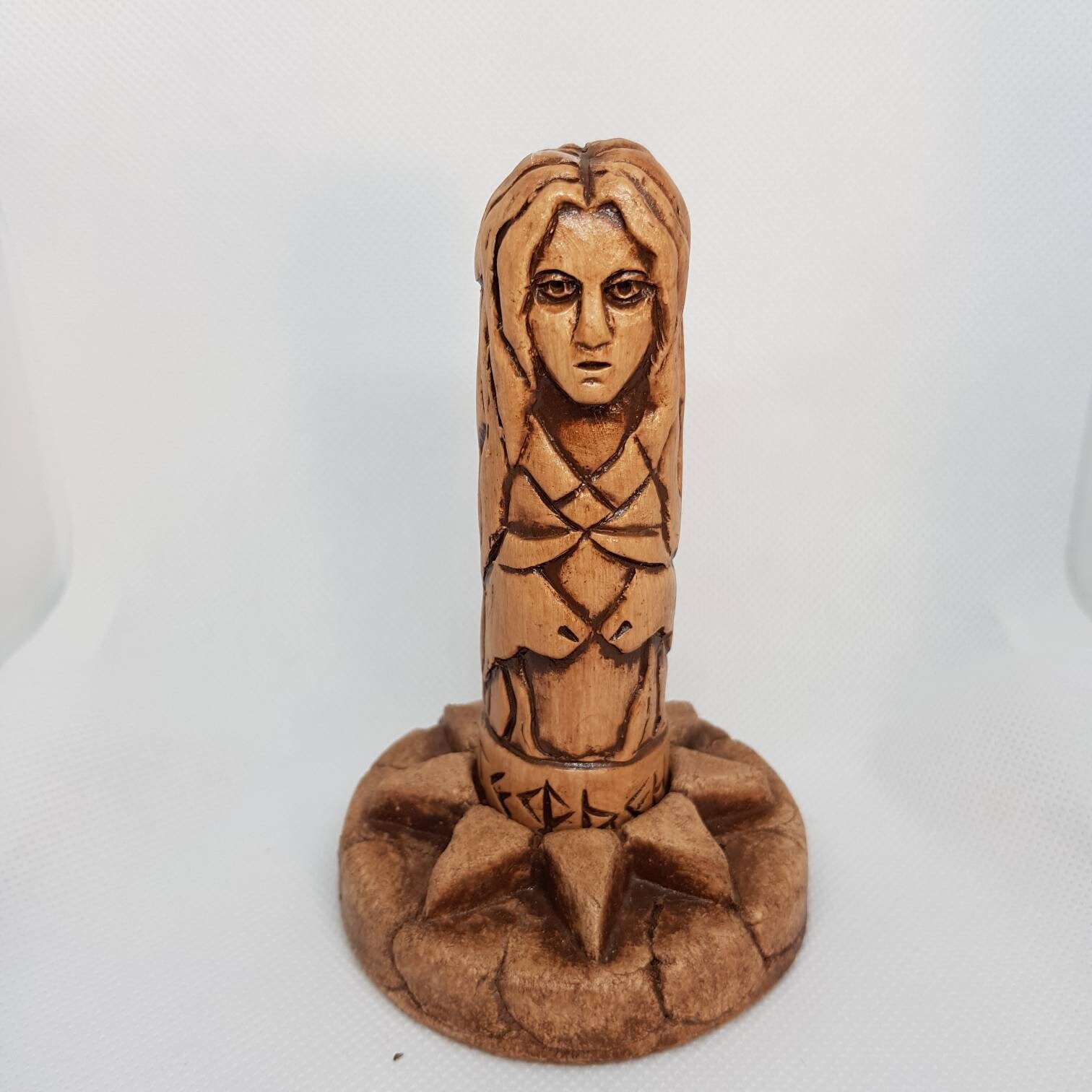 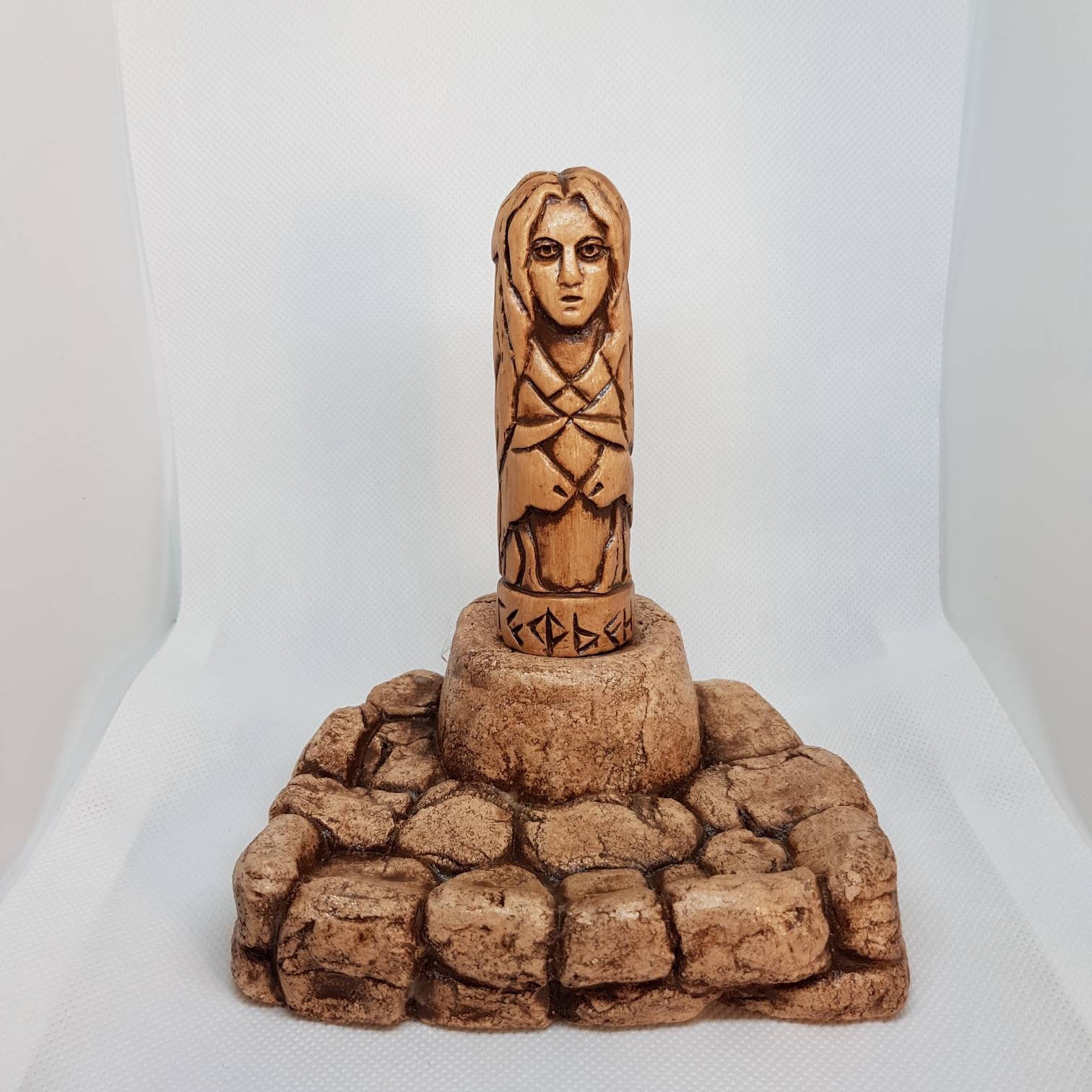 This is a small 10cm tall handcrafted from clay (ceramic) statue of Gefjon. Order it alone or in a combination with a Sun Post or a Stone Post.

In Norse mythology, Gefjon or Gefjun (with the alternate spelling Gefion) is a female deity associated with ploughing, the Danish island of Zealand, the legendary Swedish king Gylfi, the legendary Danish king Skjöldr,foreknowledge, and virginity. Gefjon is attested in the Poetic Edda, compiled in the 13th century from earlier traditional sources; the Prose Edda and Heimskringla, written in the 13th century by Snorri Sturluson; in the works of skalds; and appears as a gloss for various Greco-Roman goddesses in some Old Norse translations of Latin works.

The Prose Edda and Heimskringla both report that Gefjon plowed away what is now lake Mälaren, Sweden, and with this land formed the island of Zealand, Denmark. In addition, the Prose Edda describes that not only is Gefjon a virgin herself, but that all who die a virgin become her attendants. Heimskringla records that Gefjon married the legendary Danish king Skjöldr and that the two dwelled in Lejre, Denmark.

Scholars have proposed theories about the etymology the name of the deity, connections to fertility and ploughing practices, the implications of the references made to her as a virgin, five potential mentions of the deity in the Old English poem Beowulf, and potential connections between Gefjon and Grendel's Mother and/or the deities Freyja and Frigg.

Amazingly wonderful and artistic work, I am very impressed and pleased! Very good communication with the seller. I can highly recommend this shop!

Beautiful work and fast shipping. Thanks!