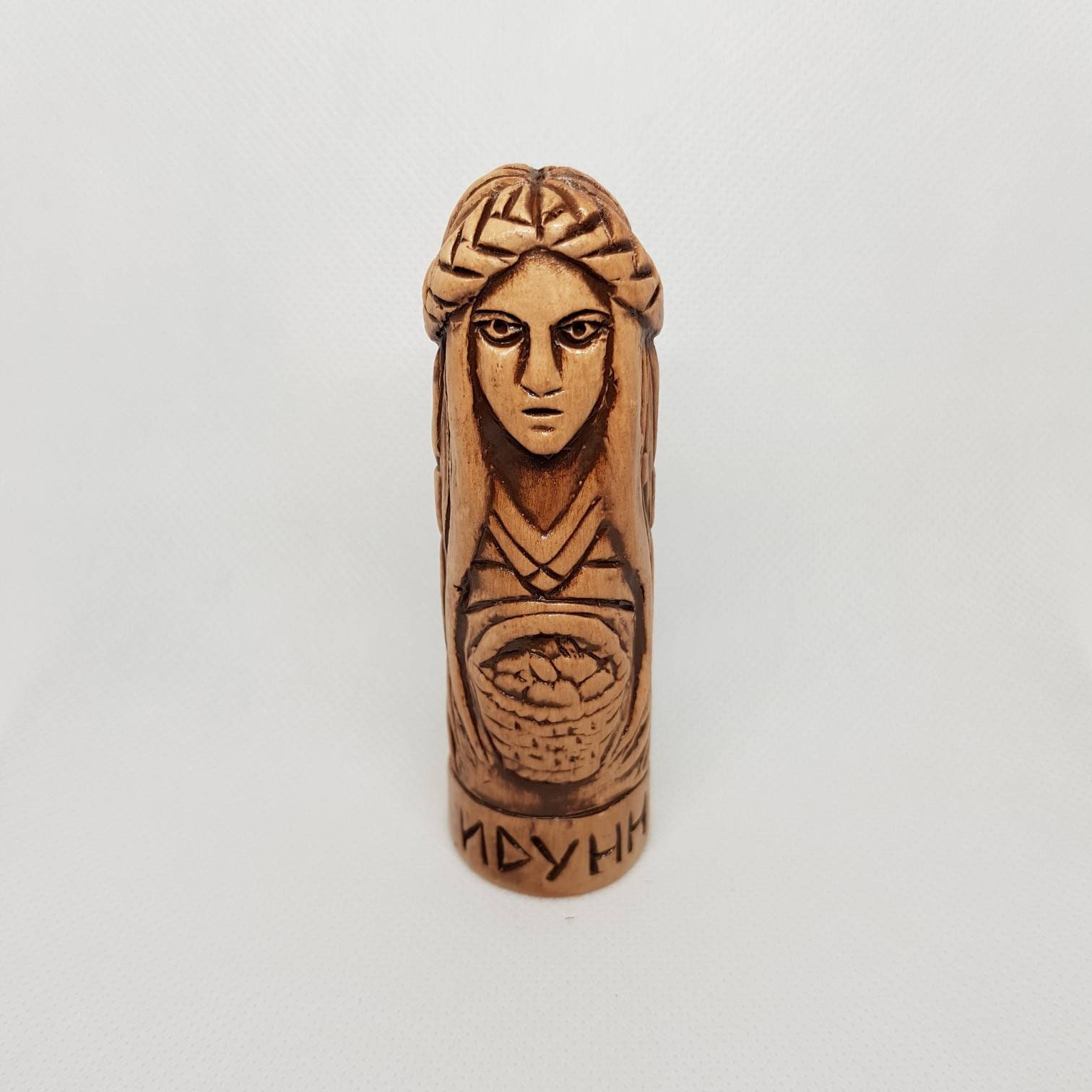 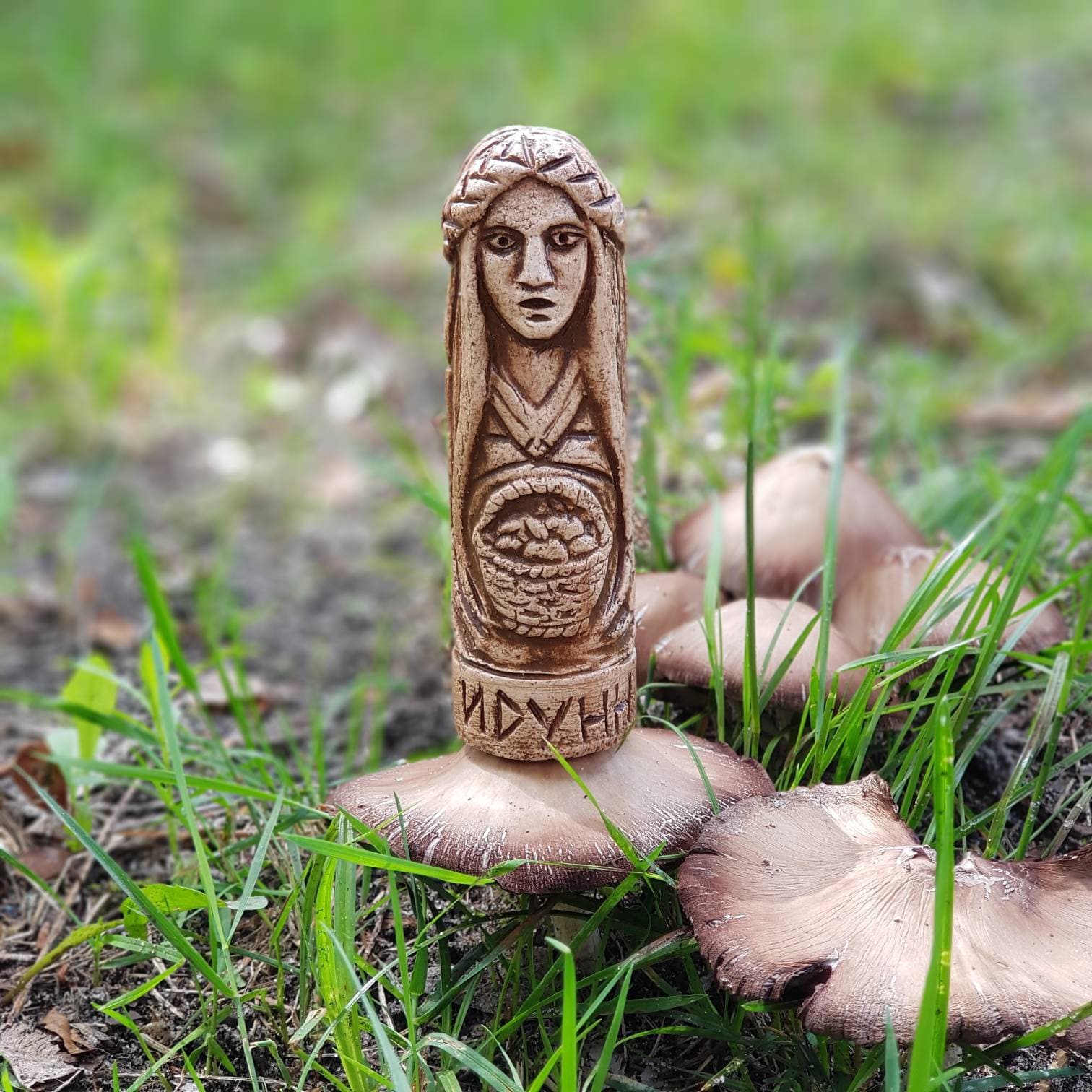 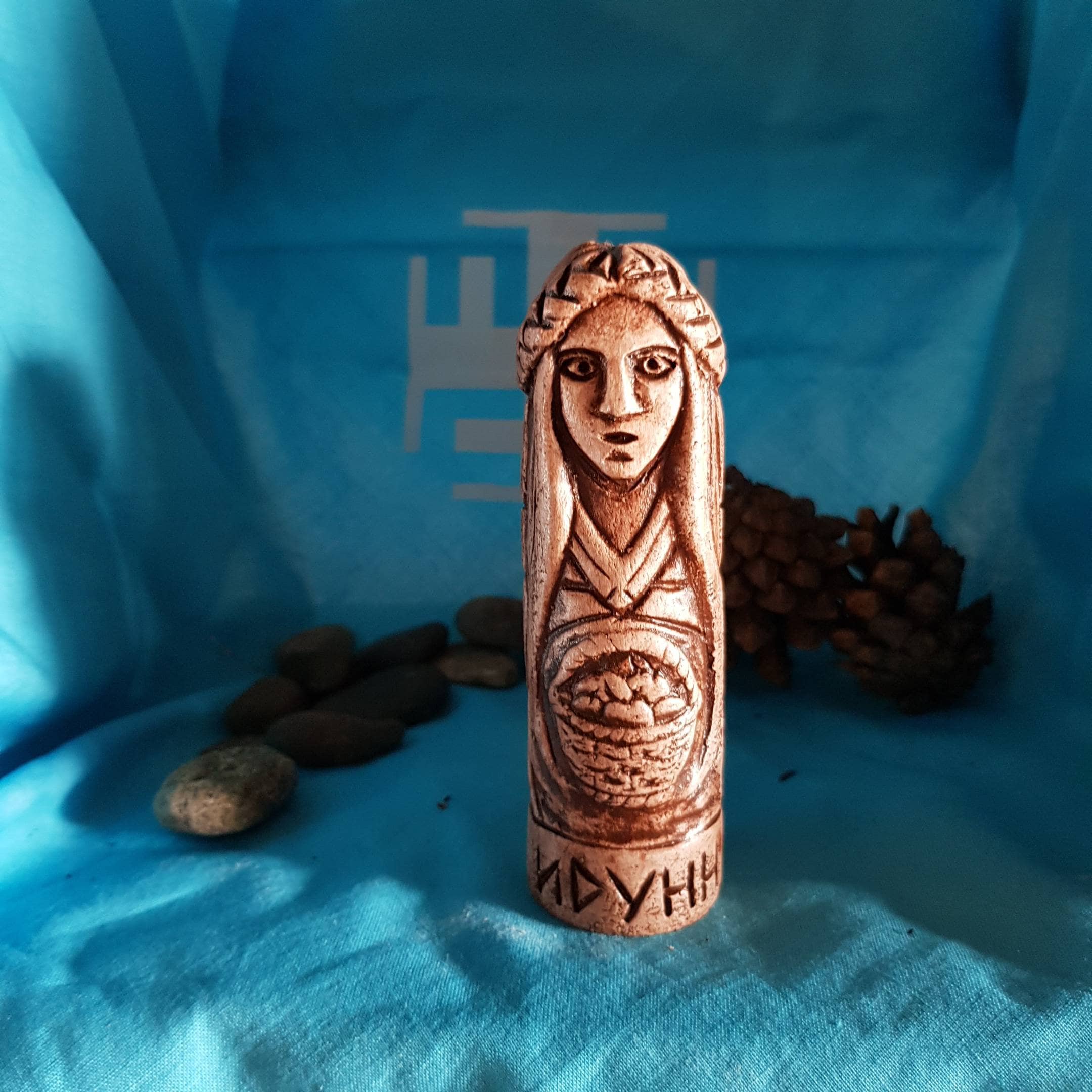 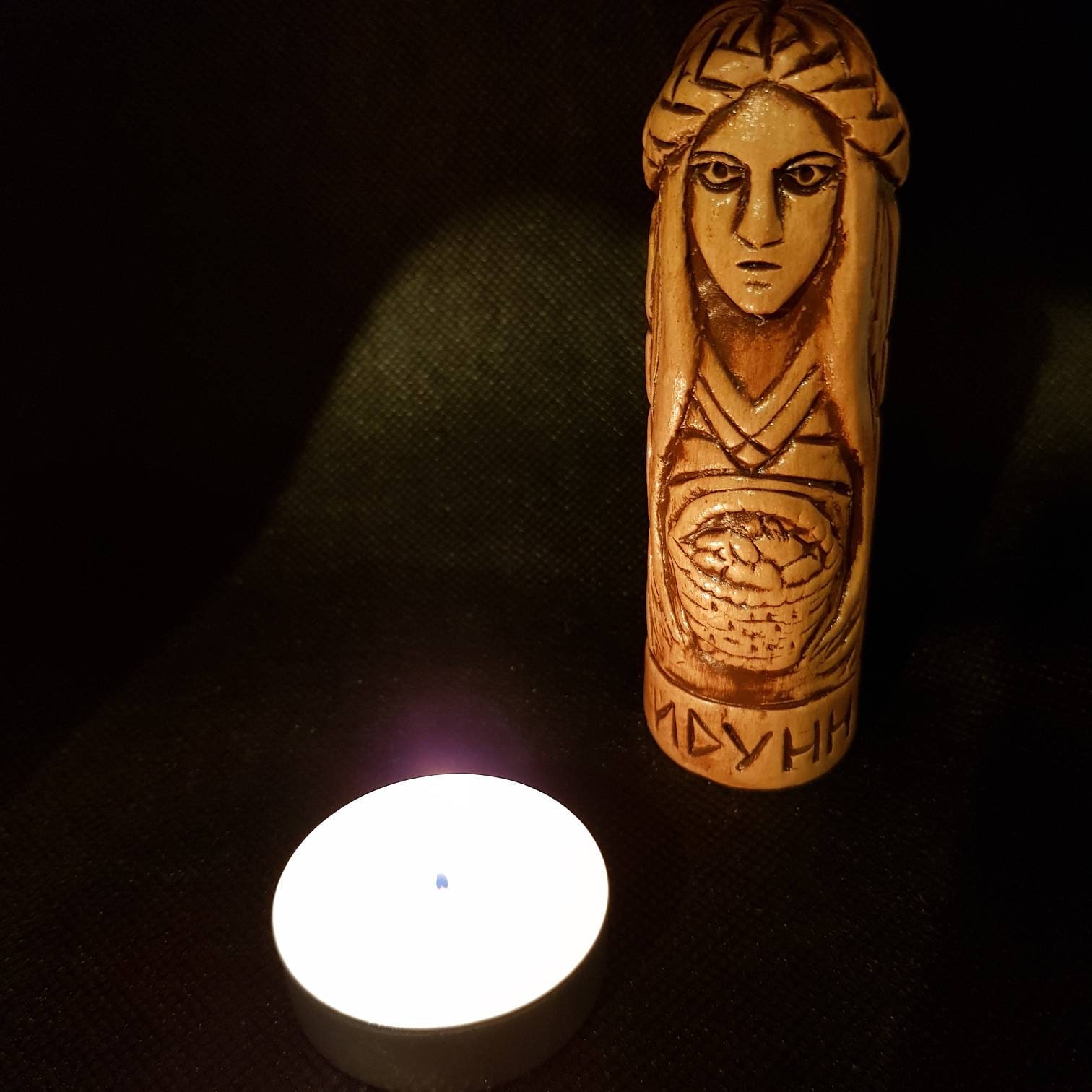 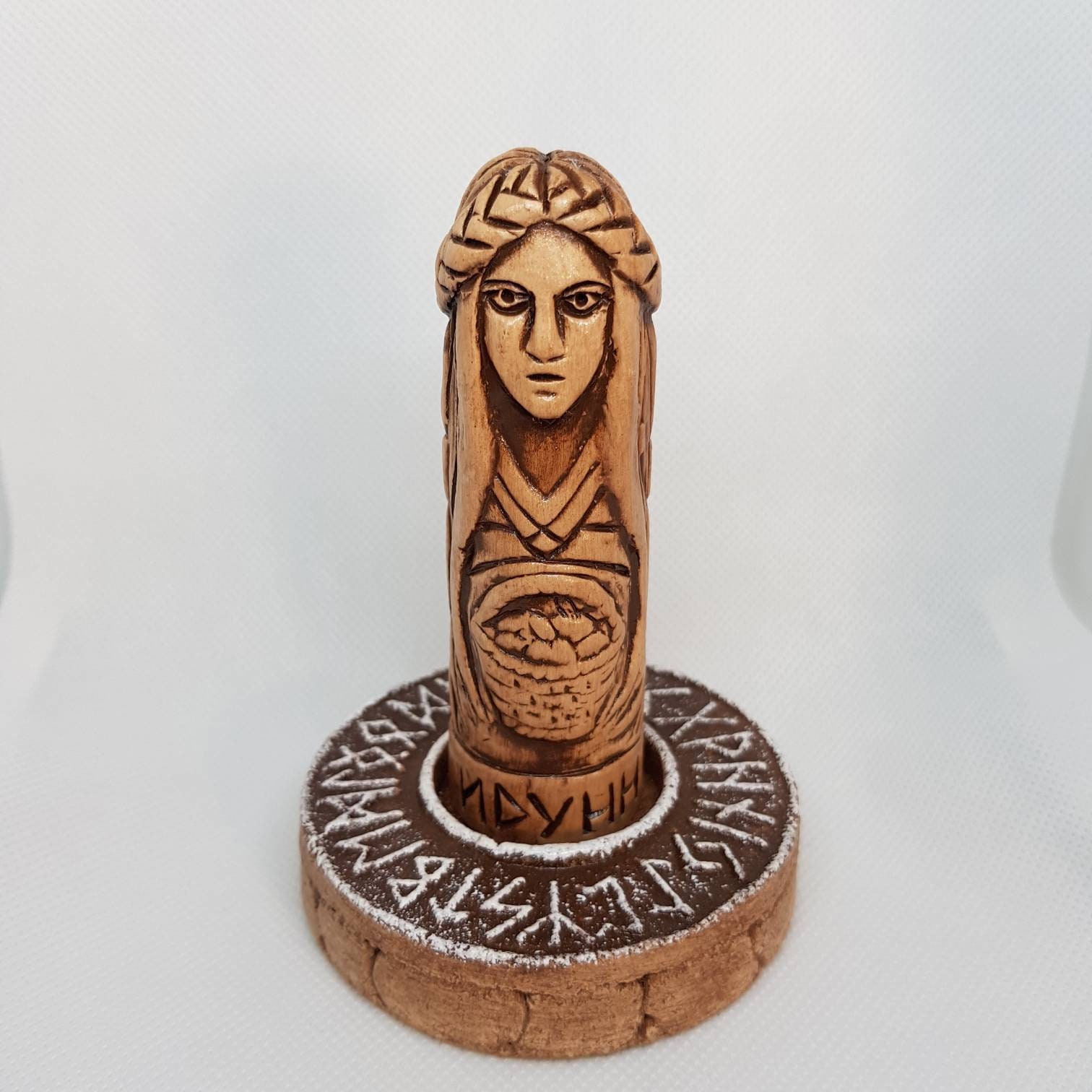 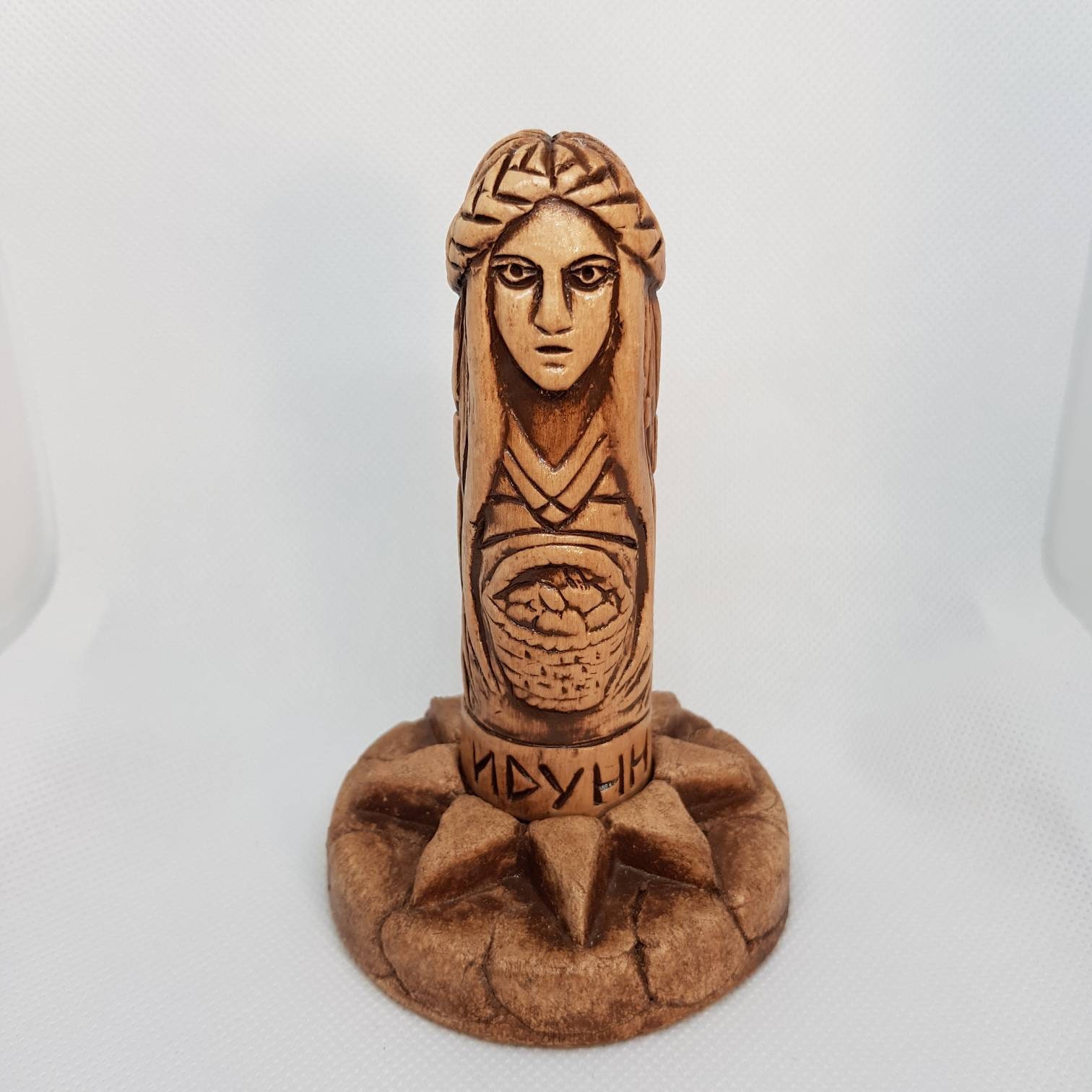 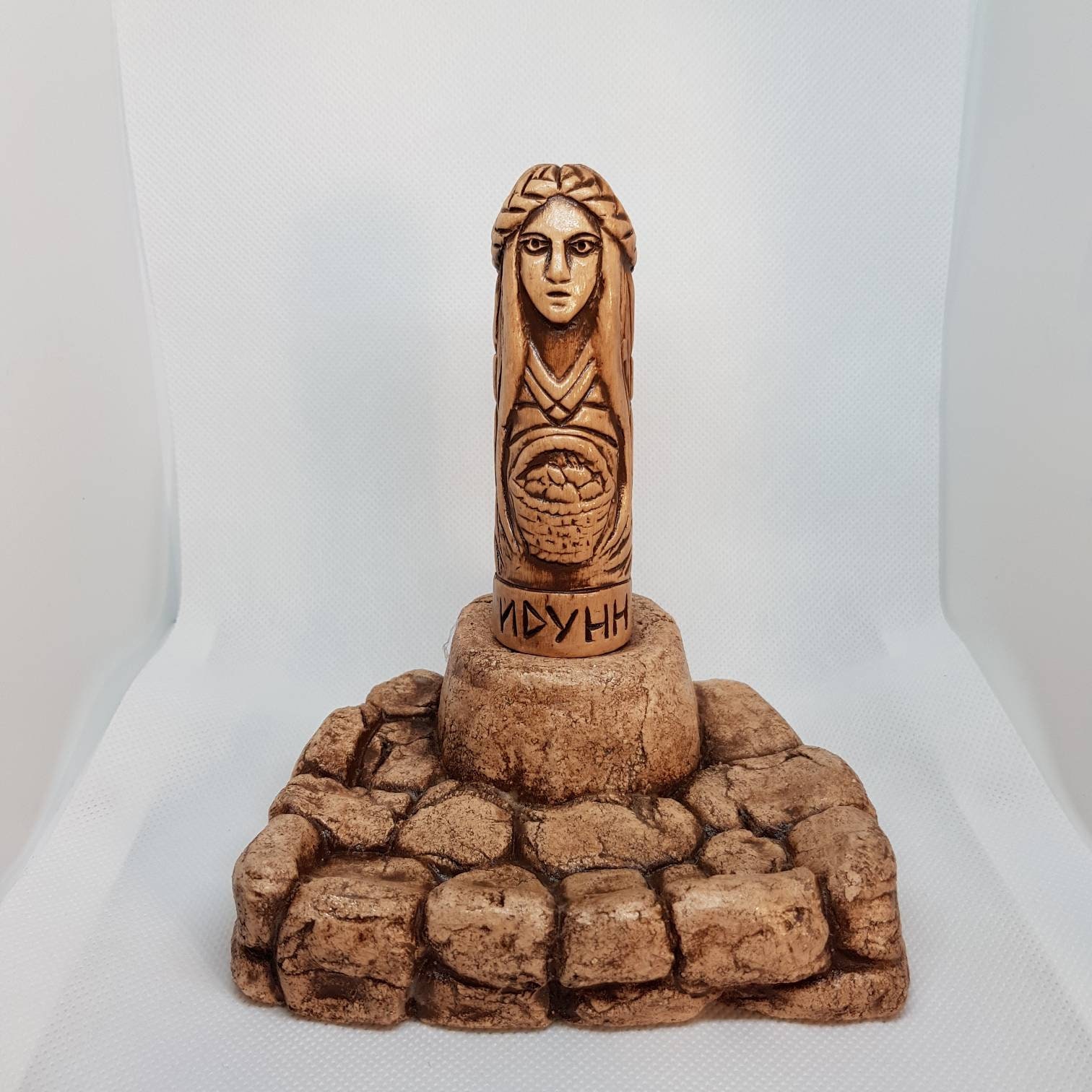 This is a small 10cm tall handcrafted from clay (ceramic) statue of Idunn. Order it alone or in a combination with a Sun Post or a Stone Post.

In Norse mythology, Iðunn is a female deity associated with apples and youth. Iðunn is attested in the Poetic Edda, compiled in the 13th century from earlier traditional sources, and the Prose Edda, written in the 13th century by Snorri Sturluson. In both sources, she is described as the wife of the skaldic deity Bragi, and in the Prose Edda, also as a keeper of apples and granter of eternal youthfulness.

The Prose Edda relates that Loki was once forced by the jötunn Þjazi to lure Iðunn out of Asgard and into a wood, promising her interesting apples. Þjazi, in the form of an eagle, snatches Iðunn from the wood and takes her to his home. Iðunn's absence causes the deities to grow old and grey, and they realize that Loki is responsible for her disappearance. Loki promises to return her and, in the form of a falcon, finds her alone at Þjazi's home. He turns her into a nut and takes her back to Asgard. After Þjazi finds that Iðunn is gone, he turns into an eagle and furiously chases after Loki. The deities build a pyre in Asgard and, after a sudden stop by Loki, Þjazi's feathers catch fire, he falls, and the deities kill him.

A number of theories surround Iðunn, including potential links to fertility, and her potential origin in Proto-Indo-European religion. Long the subject of artworks, Iðunn is sometimes referenced in modern popular culture.

looks excatly as in the picture, really lovely statue and fast shipping

This is my 2nd order . Im very pleased.